About Us PoliSci Blog Students/Alumni The Guilt of Combat Veterans

The Guilt of Combat Veterans

Posted on September 8th, 2020 in Students/Alumni by Travis W. Endicott 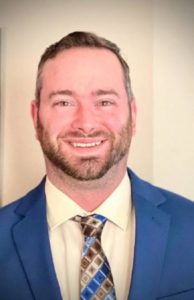 The Guilt of Combat Veterans

As a military veteran, it hurts to read The Atlantic’s reporting (subsequently confirmed by several other sources) of the president’s remarks concerning disdain for fallen and wounded soldiers. Mainly because I knew the coming refutations from President Trump would deny, deflect, or distract from the meanings behind his statements. Although the words of the president were directed at individuals who died or were wounded in military combat, as an academic who studies the experiences and opinions of veterans, I believe that it is also helpful to consider the president’s remarks from the perspective of veterans who have made it back home and have to deal with the memories of the trauma of combat on a daily basis.

My dissertation project advances scholarly understanding of how combat affects the political behaviors and opinions of military veterans. It examines combat trauma, and the guilt associated with that, and how both play a role in the political attitudes and behaviors of veterans. However, with respect to the president’s comments, I specifically want to focus on the role of guilt.

Guilt is often a byproduct of experiencing combat for service members. It is typically connected to feelings of regret, remorse, and repentance. One of the prevailing beliefs among service members is that they let down their fellow soldiers. Specifically, their personal actions (or inactions) were unable to overcome the loss of life to fellow service members. Opp and Samson (1989) list five different types of guilt: survivor, demonic, moral/spiritual, betrayal/abandonment, and superman/woman. Below I explain the five types of guilt and why understanding these actions matter for how veterans may interpret the words of the president.

Demonic guilt is brought on by witnessing or experiencing warfare. Keep in mind that this is the very function in which military members train to take part. The guilt can become even worse if the service member experiences some sort of joy or power from engaging in this type of act. This type of guilt can also change the way that the service member views others and themselves after experiencing combat trauma. Specifically, acknowledging the devil that may lay dormant in others. This may lead to distrust and disdain in others.

Moral/Spiritual guilt is present when there is a violation of “normal” human expectations on the sanctity of life. This type of guilt runs counter to any moral conditioning that individuals are taught as they are growing up. This can eventually lead to disassociation with society because the individual sees themselves as “unclean” and unable to integrate back into society due to actions committed while in the service to one’s country. This form of guilt also has been shown to drive a wedge between service members and their religious beliefs. After violating their moral expectations, they can believe that they are not worthy of being saved or accepted by others who practice the same or similar faith.

Superman/Superwoman guilt is where service members feel as though they have developed powers or abilities that allow them to survive and they were unable to use these powers to save others. This can include having supernatural senses (hearing, sight, smell, etc.) that can save themselves and fellow service members in battle. Again, it is a failure that they are experiencing because they truly believe that they could have done more to save the lives of their fellow service members in battle, if only their enhanced ability did not let them down.

I find it important to focus on these aspects of the veteran experience because when the president says that those who didn’t make it home or are wounded/disfigured (due to actions undertaken in service to one’s country) are “losers” or “suckers”, it isn’t just those individuals he is attacking. There are officers and enlisted personnel who were in battle with those who died that still hold the guilt of those deaths on their conscience. It is that same guilt of those they perceive that they let down, that military veterans have in their mind when people say, “Thank you for your service.” When sights, smells, sounds, and fleeting memories cross their minds to bring them back to the guilt they associated with their time in the service. This sentiment from the president provides just another reminder of one of the worst feelings/experiences that a service member can endure.

The takeaway from these statements from the president, is that attacking military veterans, who risked their life in support of military actions, does not only harm those who perished or were physically wounded. Family members and fellow service members who survive pay for these comments by reliving the guilt all over again. The psychological wounds that combat experience creates has far-reaching consequences for veterans in their daily life. Having to be reminded of the worst experience a military member can endure, only continues the traumatic reverberations of combat experience.

Travis Endicott is a 2016 graduate of IUPUI with an M.A. in Political Science. He is currently a Ph.D. candidate at the University of Mississippi.