About Us Department of Political Science History

The foundations of IUPUI grew from political science

The first faculty members in political science at IUPUI predate the establishment of IUPUI itself—in other words, political science began as a program of the old IU Extension program in Indianapolis, which was combined with Purdue’s Indianapolis extension operations to create IUPUI in 1969.

The first political science faculty was Jack Buhner, who started in the mid-1960s. He was followed soon thereafter by Robert V. (Bob) Kirch, and Charles Winslow. Buhner went into campus administration upon the creation of IUPUI in 1969. The department then expanded in the early 1970s with four new members: Dick Fredland, Victor Wallis, Stephen Sachs, and Patrick McGeever. The department’s makeup remained the same for about the next 15 years into the late-1980s when Bill Blomquist and later John McCormick joined the faculty, both of whom are still active members of the department. 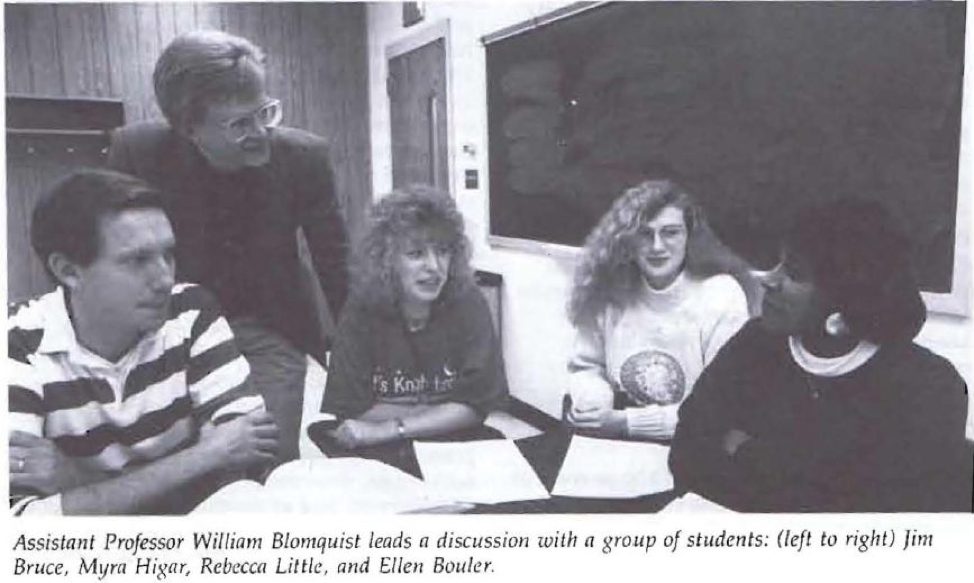 The Political Science department has made significant contributions to the IU School of Liberal Arts. Two of the proudest, the founding of the Global and International Studies program and the creation of the Paralegal Program, have been amongst the most successful new programs created over the last 20 years. Major and minor options were also expanded during this time, creating the Legal Studies minor and Law in Liberal Arts major, which is one of the school’s more popular offerings. The combined number of students majoring in Political Science and Law in Liberal Arts makes the department one of Liberal Arts’ largest.

Finally, for more than 30 years (beginning in the 1980s as a radio show) the department produced the program Consider This, a local cable and community access TV show. Its focus was international affairs and during those years nearly every department member provided guest commentary. The result is a priceless visual archive of our changing department and faculty.

Consider This from the mid-1990s with guests Margaret Ferguson and John McCormick, both still members of the department.