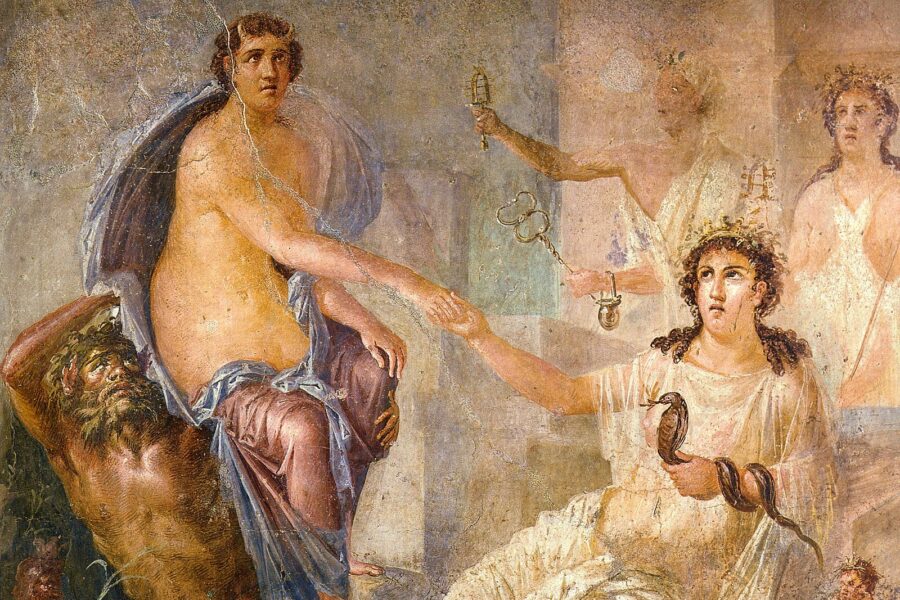 Worried that cow-horns might also be a symptom, Isis let her COVID precautions put a damper on the official reception for Io.

Episode 22: In which Hera and Demeter debate who is the better mother, and Isis learns the dangers of spreading herself too thin.

This episode of Real Housewives of Mt. Olympus brought to you by the latest archaeological news on CNN.com – and by CLAS-C 210 Ancient Medicine and Modern Terminology.

JUNO, GODDESS OF MARRIAGE AND JUPITER’S SISTER-WIFE-QUEEN (you read that right): What in the world are the mortals doing with my healing shrine down there?

CERES, GODDESS OF CROPS AND ALSO SISTER OF JUPITER: They call it archaeological excavation. It’s very, very slow digging, and then they take the things they dig up and study them.

CERES: No, that’s where they put things into the ground, then after a wait they dig things out of the ground and eat them. How do you not know this already? 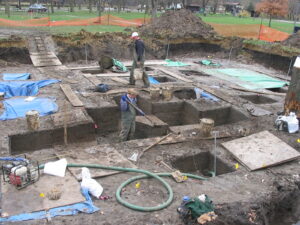 JUNO: I don’t make deals with peasants. Except for when they give birth, which is why I have this shrine here. Also I love a good hot-springs day spa. Are those mortals stealing my votive offerings?

JUNO: Please, you rescue your daughter from the Underworld one time, suddenly you’re Martyr Mother Superior. Don’t forget, I also had a child come back to Mt. Olympus.

CERES: After you threw him off Mt. Olympus for being an ugly infant.

JUNO: Whatever, like anyone cares what happens to Vulcan. Who is that goddess coming over here with her arms full of votive penises? 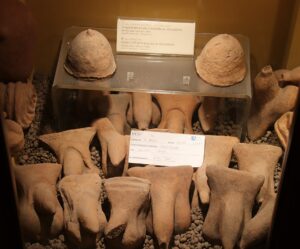 CERES: Isis, another fertility goddess. You met her at a party one time. Remember, she’s from Egypt?

JUNO: That explains whatever it is that she’s wearing. Isis, you do know your penis bouquet there makes you look crazy.

ISIS, GODDESS OF FERTILITY AND OSIRIS’ SISTER-WIFE-QUEEN (you read that right): I’m not crazy, I’m just a little overextended. I mean, I’m already the Queen of the entire Underworld in Egypt, and then suddenly people are dropping votives for me in a lake in northern Italy. Plus I’ve got that famous temple in Pompeii, it’s just a lot, you know? And that’s before I have to come up and rescue my votives from some slow-digging mortals.

JUNO: On Mt. Olympus we call them artifact farmers.

JUNO: Why did mortals think we wanted those votive penises anyway? I can understand a bronze womb dropped in sulfur water, that’s still better reproductive medicine than a lot of places have these days (glares at 2022 Supreme Court). But just a penis? Totally useless. Why are you collecting them?

ISIS: Well, I can’t read the Etruscan or Latin inscriptions, so I just assumed they were gifts to me to commemorate that time I sewed my brother Osiris’s dismembered corpse together and made him a magic penis to replace his missing one so I could conceive our son Horus.

CERES: (after a beat of stunned silence) Hera and I both had children with our brother. The same brother. How are you still the weirdest one here?

For more ancient medicinal practices, and how they shaped modern medicine, enroll in CLAS-C 210 Ancient Medicine and Modern Terminology, coming up Spring 2023! Or to learn more about the Cult of Isis and other foreign gods in Pompeii, look for CLAS-C 419 Art and Archaeology of Pompeii, also coming in Spring 2023 with no pre-reqs. Can’t get enough of Ancient Greece and Rome? Earn a Classics Minor in just 15 credits!