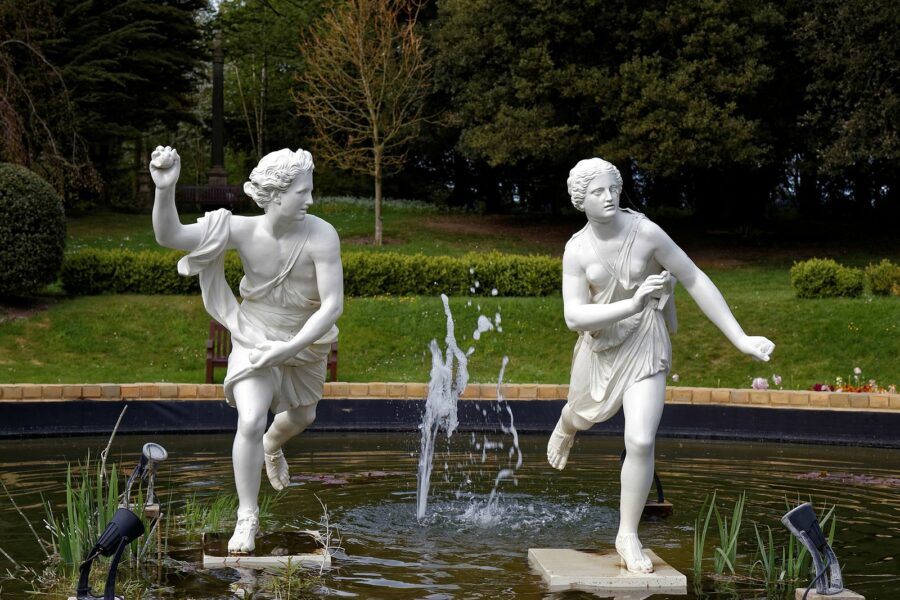 Jesus walking on water ain’t got nothing on this.

Meeting 7: In which the Muses discuss whether wild animals make good parents for human babies, and Homer is told of He-Man and She-Ra.

This episode of Mythology Pitch Meetings brought to you by CLAS B311 Ancient Sex and Gender.

This episode of Mythology Pitch Meetings brought to you by CLAS B311 Ancient Sex and Gender.

HOMER, UNCONTESTED G.O.A.T OF ANCIENT POETRY: Do I! This is actually a sequel to the Meleager and the Boar myth. You said you wanted to hear more about Atalanta, the warrior princess.

CALLIOPE: Absolutely. She sounds way more interesting than Meleager. Does he even speak?

HOMER: Not to say anything important, that’s for sure. So when Atalanta is born, her father abandons her in the woods, because he wanted a son.

CALLIOPE: Whoa, that took an immediate dark turn. Is he a sociopath?

CLIO, MUSE OF HISTORY (interrupting): Actually, infant abandonment was a long-established practice in past societies to account for unwanted children—those that were unlikely to survive, might overextend the family’s resources, that sort of thing. It’s called “family planning,” when you have few reproductive options (glares at 2022 Supreme Court).

HOMER: Don’t worry, it’s no big deal. The kids usually survive because some animal adopts them and raises them as their own. In Atalanta’s case it’s a bear.

CLIO: I mean, you know that’s not historically accurate. You have to know that, right? 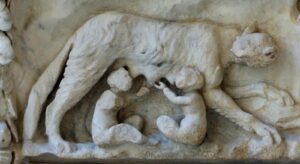 One of the many, many reasons the Romulus and Remus myth should not be used as a childcare handbook.

HOMER: Anyway, Atalanta grows up as this wild child in the woods, but after the Calydonian Boar incident, her father recognizes her and immediately tries to get her married. But she convinces him to let her run a race against any potential suitor. If the suitor beats her, she’ll marry him. If she beats him, she gets to put his head on a pike.

CALLIOPE: And her father agrees to this? Why?

HOMER: Maybe he feels bad about the attempted infanticide and press-gang marriage thing? Anyway, despite these super intense courtship terms, a lot of men try to win Atalanta’s hand, and she beats them all, because she was raised in the woods by bears, and if you hang out with bears you better be able to run pretty fast on short notice.

CALLIOPE: Wait, are the bears raising Atalanta or hunting her?

HOMER: For bears, I think it’s both. But then this guy Hippomenes shows up, and he respects Atalanta enough to know he can’t beat her in a foot race. So he decides to outsmart her instead.

CALLIOPE: You really need to talk to a therapist about what’s healthy in a relationship. It’s still going to be super difficult for Hippomenes to defeat the warrior princess who has slain so many suitors.

HOMER: Actually, it’s going to be super easy, barely an inconvenience. When the race starts, Hippomenes gets ahead at first, and when he hears Atalanta catching up to him, he throws a golden apple on the track, and she stops to pick it up. 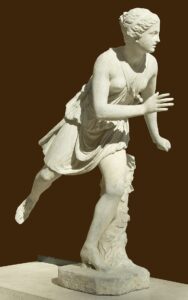 CALLIOPE: What is with you and women and golden apples? You’re telling me that a warrior princess, whose future is on the line, stops to pick up a golden apple because women can’t resist shiny fruit?

HOMER: No, don’t be ridiculous. She stops to get the apple because bears love apples.

CALLIOPE: Oh. Carry on, then.

HOMER: Anyway, Hippomenes repeats this trick until eventually he wins the race. And he and Atalanta fall madly in love with each other, she because he respected her enough to trick her, he because she’s wicked hot.

CALLIOPE: That’s not how love works.

HOMER: One day, they’re running through the forest together, when they get caught in a rainstorm and take shelter in a shrine to Zeus. But they are so in love, they can’t keep their hands off each other, and they end up giving each other special hugs, even though they are in sacred space. And Zeus is so outraged, he turns them both into lions, so they can never give special hugs again. The end.

CALLIOPE: Zeus is outraged about special hugs time? Hypocritical much? Also, if he wanted to prevent future hanky-panky, why turn them both into lions?

HOMER: Obviously, lions can’t make love to other lions. They can only mate with leopards.

CALLIOPE: That is not how lions work. What is wrong with you and basic sexual education? 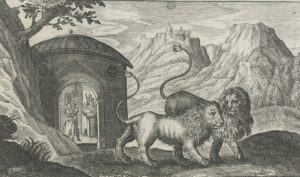 The original pitch for Disney’s The Lion King was swiftly rejected.

CLIO: Actually, scholars have argued that that’s a real thing.

CALLIOPE: That lions can only mate with leopards?

CLIO: No, of course not, can you imagine? Scholars have argued that the Ancient Greeks really thought that. The ancients did believe some very weird things about animals back then. Like they can raise human babies.

CALLIOPE: Well, this is a weird story, but I do like the idea of expanding our IP. Maybe we can turn the whole Meleager and Atalanta thing into a spinoff situation for both boys and girls. Sort of like the He-Man and She-Ra pairing.

HOMER: I don’t know those mythical figures. Was one of their souls tied to a log at birth, or was one of them raised by bears?

CLIO: Please. Both of those origin stories would be too far-fetched even for an only-occasionally-coherent cartoon designed to sell fantasy toys in the 80s.

To explore how the ancient Greeks imagined the relationships between the sexes, their identity and architecture to weird birth stories (sequel!), try our 1-credit “appetizer” courses CLAS-B 311 Ancient Sex and Gender and CLAS-B 313 Extraordinary Ancient Women, coming up Fall 2022 with no pre-reqs! Can’t get enough of Ancient Greece and Rome? Earn a Classics Minor in just 15 credits!