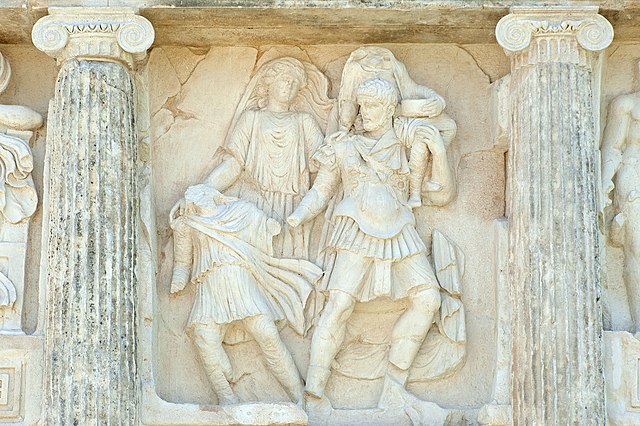 Acquisition no. 1: A museum information sign for a sculpture of Aeneas from Aphrodisias, where the hero gets creeped on by Creusa, his dead wife.

Social media is full of series that feature the greatest works of ancient art. This is not one of those series. This is Honest Museum Signs, a series devoted to the belief that with ancient artifacts, as with everything else, “they can’t all be winners.” Here we plumb the bottom of the ancient barrel to present artistic oops-i-daisies, along with the honest museum information that reflects what archaeologists are really thinking when they analyze these misfires. 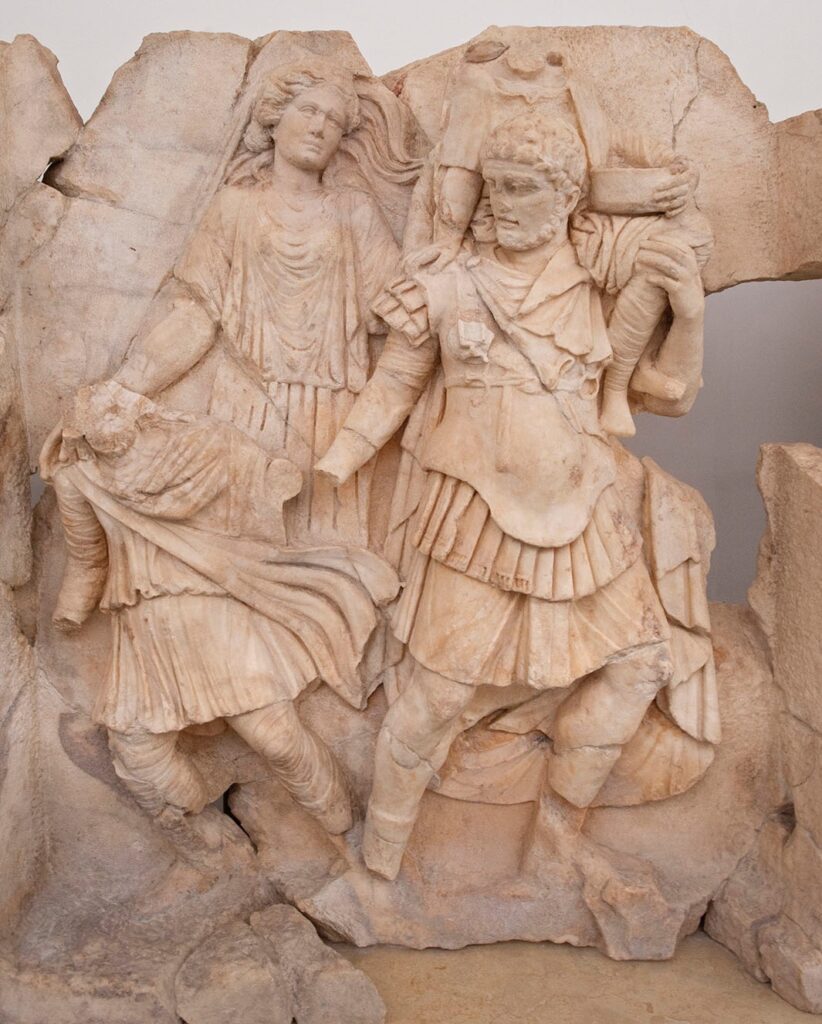 Aeneas regretted not renting a car for the family vacation.

This is a sculpture. It shows Aeneas, son of the goddess Aphrodite, fleeing from Troy, carrying his aged father Anchises and guiding his young son Ascanius. This reflects a cultural tradition whereby ancient authors got to the first letter of the alphabet and decided “This is quite far enough when it comes to naming people.” Anchises needs to be carried partly because of his great age, and partly because Aphrodite smote him after Anchises wouldn’t stop bragging to the bros about their hookup. The arrangement of a young man carrying his own father posed a challenge to the ancient artist: here the sculptor has met that challenge by giving naturalism the finger and sculpting Anchises as a cross between Yoda and a WWII pinup girl. The floating woman behind everyone is Creusa, Aeneas’ wife, who has just died of “being the protagonist’s initial love interest in an action story.”

The story of Aeneas wallowed in relative obscurity in the Greek world, until the Roman poet Virgil retconned the character as the founder of Rome in his epic poem The Aeneid. Virgil was inspired to write a poem praising the ancestors of the first emperor Augustus, after Augustus made Virgil an offer he couldn’t refuse. This representation of the story comes from the Sebasteion at Aphrodisias (modern Turkey), a monument built by the city to celebrate their relationship to the imperial family in Rome. It featured over 90 sculpted panels, an amount apparently judged to be “a bit much,” since nothing like this was ever built again.

To explore how Augustus used the myth of Aeneas to promote his family in Rome, enroll in CLAS C361 Ancient Roman Revolutions, coming up Fall 2022, no pre-reqs or previous experience required. Or to learn more about the untimely but narratively convenient deaths of women in Greek myth, try our 1-credit “appetizer” course CLAS B311 Ancient Sex and Gender, also coming up Fall 2022 with no pre-reqs! Can’t get enough of Ancient Greece and Rome? Earn a Classics Minor in just 15 credits!