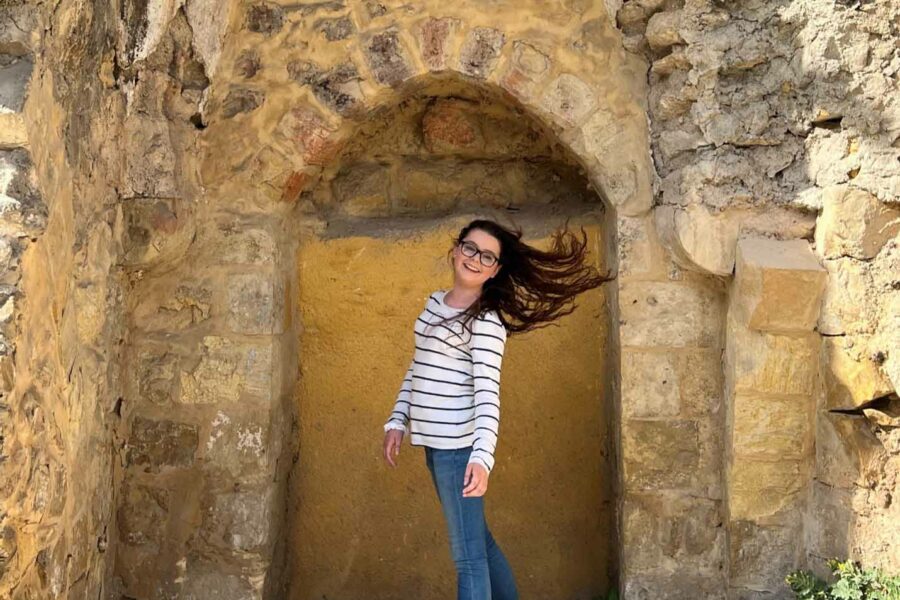 Hello everyone! I have now been in Jordan for about two months, and I am happy to say everything is going well. I just got back from Spring break, and we are jumping right back in with schoolwork.  Here is a little update with what my experience has been like adjusting to this very different and new country.

The Program: I am studying the Arabic language and Middle Eastern culture in Amman, Jordan through CIEE which is a nonprofit organization that focuses on intercultural exchange and learning. I am enrolled in the Middle East Studies Program taking courses across a range of academic topics as well as Arabic Language courses that match your skill level. This program goes beyond the classroom for learning, with weekly activities or excursions, we are learning through experience. 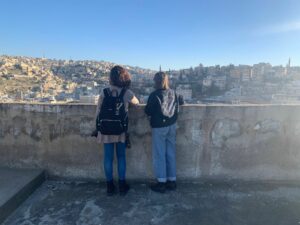 Arrival: I arrived at Queen Alia Airport around 2 p.m. on January 23rd. A group of us students all arrived around the same time. After getting our bags and going through customs we were met by staff members of CIEE. Here at the airport, we were given our Jordanian phones and welcome bags (the program handbook a pen and small notebook to get us started). From the airport we were transferred to our residence in Amman. Those of us in a host family were in the same vehicle and dropped off one by one at our new homes for the semester.

Orientation: The first week was used for orientation. We had different informational meetings daily, covering topics from safety in Amman to how to adjust to living in a host family. We also had short daily Arabic sessions where we learned the key vocabulary needed to communicate enough to get to and from school. This week we also had our Arabic placement tests covering reading, writing, listening, grammar, and speaking. While this was a very important week, the program also made sure to include fun ice breaker activities for the students and staff held both in the Program center and out in the city. 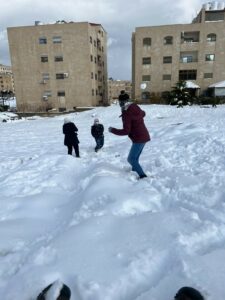 Needless to say, the first week here was a cold one. After only a few days being in Amman it snowed. Not quite what you expect when you travel to a predominantly desert country. When it snows in Amman the city shuts down. Jordan doesn’t see snow very often; this was actually the first snow my host family had seen in a few years. Everyone in the city was so excited to see snow and go outside. Coming from the Midwest, snow is no stranger to me and while my host family was practically jumping up and down like a child on Christmas, I was a little more skeptical. The one thing I didn’t think to bring with me (to the desert) was waterproof shoes. Realizing my toes were going to get cold fast, I threw on two pairs of socks with my boots, grabbed my gloves and ran out the door with my host family. We had a snowball fight and attempted to build a snow man. We walked the neighborhood and admired the snow. Three hours later we returned home and sat with the space heater watching “Transformers” and “We Bought a Zoo.”

Living with a host family I have the privilege to experience many traditional Jordanian meals. My first week here my host mom made the national Jordanian dish Mansaf. Mansaf is lamb or chicken cooked in a yogurt sauce and served over rice. I am always excited to get home and see what dinner is that night. Another famous dinner meal in Jordan is Maqluba, commonly known as upside down. It consists of meat, fried vegetables, and rice all cooked in the same pot then flipped upside down out of the pot to serve. Dinner is often served with bread and a salad often made of tomatoes, cucumber, and onion with vinegar, lemon juice, and olive oil. Dinner isn’t the only meal that comes with delicious food.

A common breakfast is a large spread of shareable items. The contents usually vary by family. In my host family, breakfast usually consists of bread, hummus, cheese, labneh, eggs, falafel, olives, cucumbers, and Galayet Bandora which is stewed tomatoes and garlic with salt and pepper. It may be simple but tastes amazing when eaten with bread. For lunch, there are a few really good falafel and shawarma places near my classes and a few different cafes that offer a little bit of everything.

One thing I found funny, and kind of shocked me, was the number of American food chains that are here: McDonalds, KFC, Popeyes, Pizza Hut, and even Dunkin Donuts (known as Donuts Factory). The menus here are slightly different than that in the states but most of the time the food tastes way better. 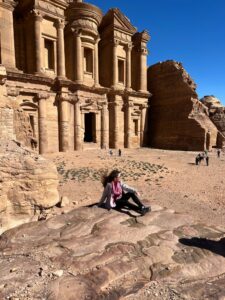 Traveling in and around Jordan is very easy and affordable. A couple of weeks ago we took an overnight class trip to Wadi Rum and Petra. We left Amman Friday morning and arrived in Wadi Rum just in time for lunch. After lunch we had a jeep tour through the desert area, climbed up the side of a mountain to a water pool, and rode camel back to camp at the end. At night we walked under the stars and danced around the fire with the Bedouins. That night we slept in small cabins and awoke early the next morning. Saturday morning, we ate breakfast and left for Petra. It took two hours for us to reach Petra. We walked to the famous treasury and through the city of Petra. After the tour we climbed up 850 stairs to the Monastery. It was beautiful and well worth the exhaustive climb.

There are a number of smaller cities worthy of day trips. As-Salt is a small city just east of Amman with a number of museums and many great photo opportunities. Just yesterday I visited the city Madaba. The history of this city is incredible and can be seen in the numerous mosaic pieces found in the city. Just outside of Madaba is Mount Nebo a place mentioned in the bible where Moses was granted a glimpse of the promised land before his death. On a clear day it is possible to see Jericho, Jerusalem, and even Bethlehem from Mount Nebo. Next weekend we have a planed trip to the cities of Jerash and Ajloun where there are more ruins and areas to explore.

With travel in the area being so easy a group of us went to Egypt for our short spring break. We stayed in Cairo right off the Nile. On the first day we saw the Giza pyramids, the Sphinx, and Saqqara, one of the oldest Egyptian villages. On the second day we toured the Islamic and Coptic areas of Cairo where we visited the Mosque of Muhammed Ali and the famous Hanging Church. On the third day we visited the Egyptian Museum before our flight back to Amman that afternoon. It was a short trip but full of amazing experiences. 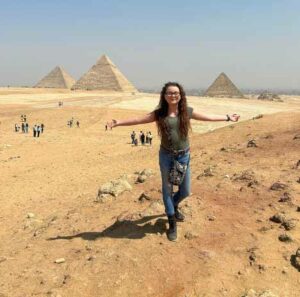 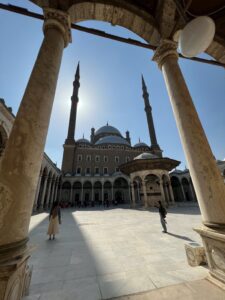