Posted on September 6th, 2022 by wheelerr 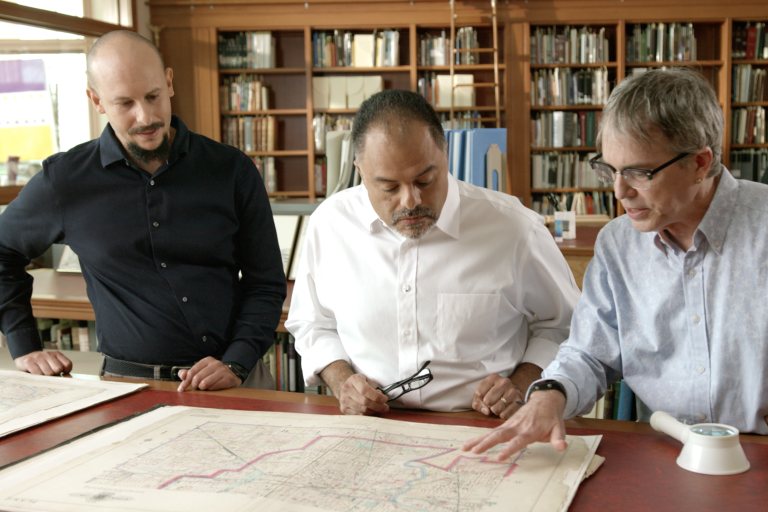 In the late 1800s and early 1900s, Indianapolis was home to a thriving, Arabic-speaking community whose legacy, though not well-known by many Hoosiers, has made a lasting impact on Indiana’s history.

IU’s Edward Curtis, IV has spent the last few years working with IUPUI students to document the history of Arab Americans in Indianapolis. Through in-depth research with community partners and discussions with Arab Americans in the city, Curtis has brought to light the important impacts this community has had on the city and state.

“Prejudices against Muslims and Arabs play an enormous role in our public life and in our foreign policy as a country, with many of those prejudices based on the idea that Arabs or Muslims are new, that they can’t assimilate or that their cultures are fundamentally different from ours,” said Curtis, the William M. and Gail M. Plater Chair of Liberal Arts and professor of religious studies in the IU School of Liberal Arts at IUPUI. “But this project makes us face the reality that Arabs have been a part of who we are and have been a part of Hoosier history for as long as most people who trace their roots to Indiana have been.”

Through this project, Curtis and his students met dozens of Arab Americans who wanted to tell their stories, were interested in the stories of their ancestors, or who wanted to learn the history of the Arab people who came before them. Community members shared about everything from how families celebrated holidays to the kinds of foods passed through generations to the activities that took place at St. George Church, the first Arab American congregation in Indianapolis. There were so many stories, Curtis said it became difficult to choose which ones to feature.

“One of the reasons they trusted me to tell these stories was not just because I’m also Arab American, but because they saw early on the quality of the research we were doing on the earliest Arabic speaking immigrants,” Curtis said. “Both recent immigrants and those here for four or five generations were delighted to see that story told with integrity and accuracy. This is their legacy and our shared legacy, and they wanted to make sure it was preserved.”

IUPUI student researchers, including Jay Brodzeller and Ronnie Kawak, played critical roles in this project. In addition to learning more about the heritage of their city, they were able to acquire new skills and were exposed to a wide array of research techniques, including the use of state archives and digital databases, conducting interviews and collecting field data.

“My work on Arab Indianapolis helped me develop as a researcher in ways my normal coursework could not, and it allowed me to connect with a community with which I had little previous interaction, which was a very enriching experience for me,” Brodzeller said. “I learned a great deal about the Arab community in Indianapolis both past and present, which has allowed me to develop a greater appreciation for the incredible diversity of our city. In a society that continues to be plagued with racial and religious division, projects like Arab Indianapolis allow us to highlight the commonalities between us all.”

Curtis’s plans to share about this rich history don’t stop with the June 16 WFYI premiere. To help Indiana K-12 teachers incorporate it into their curriculum, he will design lesson plans around specific parts of the documentary. In addition, he will be partnering with Indiana Humanities on a series of statewide community conversations about the documentary and how it can help Hoosiers think about migration and immigration as part of the state’s history and culture.

“Indianapolis has been built in part through the contributions of Arab people, which I think is shocking for some to learn,” Curtis said. “We need to reach back to our past to discover that we have always been more diverse than we think. Through this project, I hope people will discover that Indiana, when at its best, has always been a place where people from diverse religious, racial and ethnic backgrounds can succeed.”