Posted on November 5th, 2020 in Alumni Spotlight by Emily Turnier 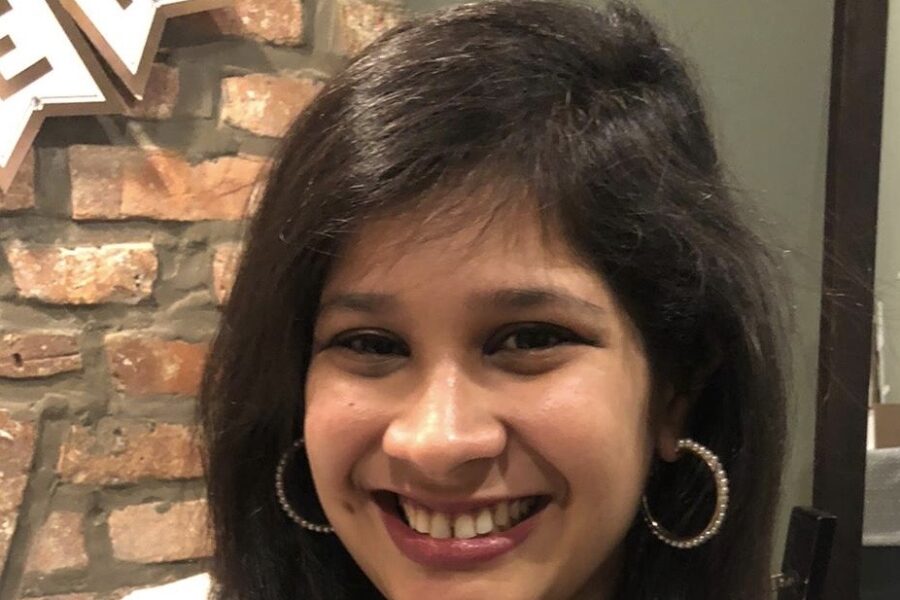 Tejaswini Vavilala, a 2014 graduate of the Public Relations Master’s program, is working hard on a second Master’s degree (this one in International Affairs) at The New School in New York City, but she has also dedicated several years of her life as an advisor to the Sphoorti Foundation. The Sphoorti Foundation is a hostel home for underprivileged children — orphans, semi-orphans or destitute children — in Hyderabad, India.

In 2006, Vavilala’s friend Srivyal Vuyyuri launched the Sphoorti Foundation, which takes care of the children’s food, shelter, and educational needs. Vavilala assists with fundraising, advising, and counseling the kids. The nonprofit is a registered charity under 501(c)(3) in the U.S. It is equipped with dormitories, a library, a computer lab, and a wellness center.

Another friend introduced Vavilala to the foundation and to Vuyyuri in 2009. She decided then to sponsor a child.

“I was inspired by Srivyal’s motivation and the discipline the kids had,” she said. “I started learning more about the organization and fundraising for them.”

Vavilala took a career break for a year in 2017, which allowed her to work closely with Sphoorti and understand its day-to-day needs. She and Vuyyuri speak almost every day to plan strategies and find solutions for the organization.

Vavilala uses Facebook and WhatsApp to reach out to existing and potential donors. The government of India has certain rules about posting on Facebook. She helps manage the Facebook page, which has more than 6,500 followers.

One of Vavilala’s secret fundraising weapons is the WhatsApp status message. This is a channel that has the power to reach out to many people effortlessly and it has worked wonders, she said. Donors reach out to her directly with questions related to Sphoorti.

“The answers are more personal and help in generating a trust factor,” said Vavilala.

Vavilala said that her assignments in the public relations master’s program at IUPUI were associated with nonprofits, and for that, she is grateful.

“This gave me an edge with Sphoorti,” she said. “I had the opportunity to study under some of the biggest names in PR in the U.S. [at IUPUI]. Big thanks to my professors Bruce Hetrick, Julie Vincent, Rob Norris, and Kim Walker, who have always encouraged me.”