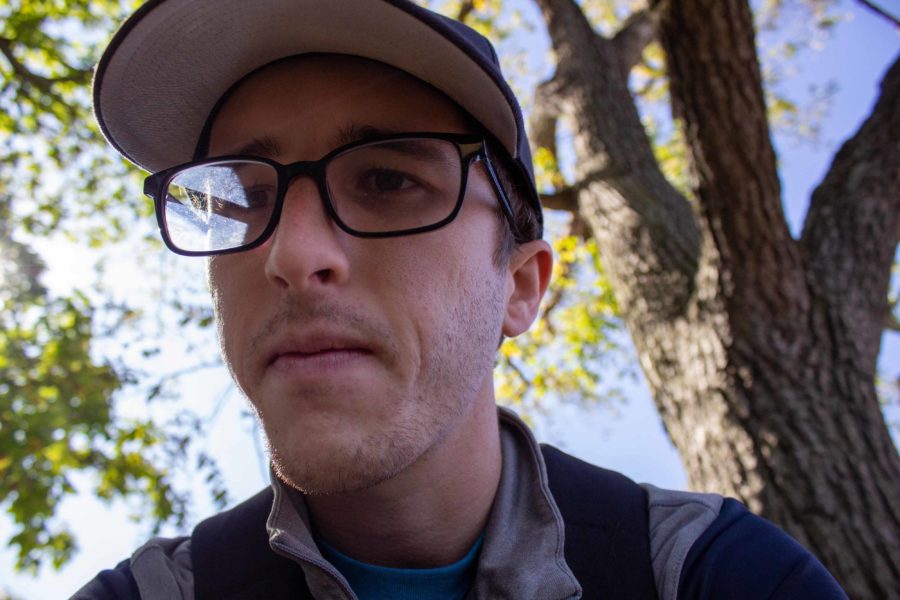 Tyler Fenwick, a staff writer at the Indianapolis Recorder, recently wrote an article detailing complaints filed with the U.S. Department of Housing and Urban Development (HUD). The complaints were lodged by The Fair Housing Center of Central Indiana (FHCCI) and alleged discrimination against an Indianapolis woman, Carlette Duffy, because of her race and color.

In the weeks following the article’s publication, other news organizations covered the story, including national outlets such as the Washington Post, ABC News, and NPR.

Fenwick, B.A.J. ’18, reported that Duffy wanted to refinance her home, so had her house appraised. The appraisal came back lower than she expected at $125,000. Next, it was appraised for $100,000. Duffy decided to try a third time. This time, she didn’t include her race or gender on the application, and she removed any indication that she was African-American from her home (pictures, artwork, books). She also wasn’t present when the appraiser was there and instead asked a white friend to be at her home. The third appraisal came back much higher – $259,000.

We asked Fenwick about his story:

1. How did you find out about this story?

“Amy Nelson from the FHCCI emailed me with a heads up that the organization was filing a complaint with HUD, so I asked for anything I could get in advance. I ended up getting the complaints and an embargoed press release, so I had a good amount of my reporting done by the time the news was public. Working ahead definitely saved some headaches and frantic work.

This is a testament to building relationships as a reporter. Amy trusted me enough to do that because we’ve worked together numerous times before. Beyond trust, I like to think she could also see that these are issues I genuinely care about.

This was a challenging story because I don’t know much about homebuying or the appraisal process, so I had to learn a lot in a short amount of time. That meant doing some research on my own and then also taking careful notes in interviews to find information that contradicts something I found or something someone else said (that happened at least once). I had to call a few people back multiple times.”

2. Why was it important to you to tell this story?

“Carlette’s story is only unique because she recognized what was happening and worked pretty hard to prove it and find a solution. Otherwise, this seems to be relatively common. My hope is her story has helped others see if they were targeted for discrimination in the appraisal process (or any other part of the home/finance industry) and to be educated on what to look for. Like Carlette told me, you want to believe you’re being treated fairly, so when you’re not, it might be difficult to see that at first.

Only one of the parties named in the complaint talked to me on the record, which isn’t surprising. There’s a difference between malice and incompetence, and it’s hard to say what exactly happened here.

Thankfully, it looks like Carlette’s story was widely publicized and got people talking. I think it’s telling that I can’t remember seeing a single person who was surprised this happened.”

3. Does writing a piece like this motivate you to keep working hard and doing stories that can make a difference?

“This absolutely motivates me because this is one of those stories that definitely matters. The impact of your work as a journalist isn’t always clear, especially at first, but this is different. Carlette’s issue was clear, and it’s one of those things that we suspect happens way more often than we realize.”

Fenwick has been a staff writer at the Indianapolis Recorder for almost three years. You can follow him on Twitter at @Ty_Fenwick.