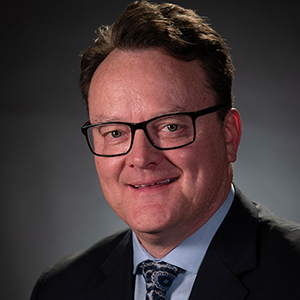 Robert Rebein joined the Department of English in 1998 after completing his MFA in Fiction Writing at Washington University in St. Louis and his PhD in American Literature at the State University of New York at Buffalo. As an Assistant Professor, Rebein taught creative writing and literature and published a book, Hicks, Tribes, & Dirty Realists: American Fiction after Postmodernism, a study of the role of place in contemporary American fiction. Rebein was promoted to Associate Professor in 2004. In addition to his teaching and writing interests, he served as Associate Chair of English for four years and as Director of Graduate Studies for two years. At this time, Rebein began to publish creative nonfiction in such national journals as The Georgia Review, Ecotone, Redivider, and other venues. In 2013, Rebein collected these memoir essays in an award-winning book, Dragging Wyatt Earp: A Personal History of Dodge City. He became Chair of the English Department in July 2013 and was promoted to Professor in July 2014. In 2017, Rebein published a second collection of creative nonfiction essays, Headlights on the Prairie: Essays on Home, which was named both a Kansas Notable Book and a finalist for the High Plains Book Award in the creative nonfiction category. In July 2018, Rebein was appointed Interim Dean of the IU School of Liberal Arts at IUPUI. His current project is a novel entitled The Last Rancher.

Dragging Wyatt Earp was named a Kansas Notable Book for 2014. Headlights on the Prairie won the same award and was a finalist for the High Plains Book Award in the creative nonfiction category in 2018.