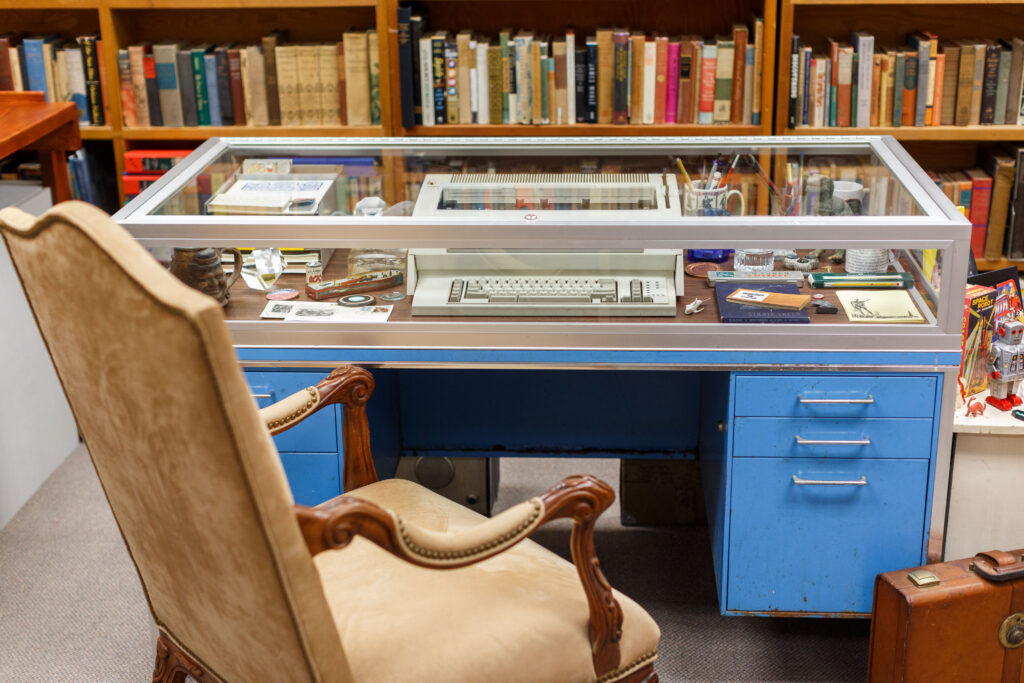 The Bradbury artifacts gifted in 2013 include his original office furniture and equipment, as well as three of his typewriters used over a forty-year period; many significant national and international awards, mementoes, and other artifacts from his personal office; significant art by noted illustrators, by various writers, Hollywood figures, and by NASA artists; hundreds of his author’s copies of the major market magazines where his work was published; and a large collection of Bradbury publications including first editions, foreign language editions, and rare editions, many signed by Bradbury. Below is an outline of those holdings that make up the Center’s “Ray Bradbury Musuem.”

An eclectic mix of Bradbury’s mementos, awards, signed photographs from famous figures, childhood scrapbooks, gifts from Hollywood and government organizations, space program awards, and many more artifacts from a long and busy life. 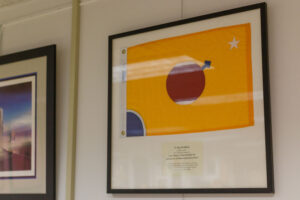 “Mars” flag that rode in the Space Shuttle Discovery, 2006

Bradbury’s poetic and evocative fiction inspired generations of visual artists, and the Center is home to many of the paintings, sketches, illustrations, photographs, and even sculptures gifted to Bradbury by his inspired professional artists, readers, and fans. The Center also houses some of Bradbury’s own sketches and high-resolution facsimiles of his own art.

All those volumes from the shelves of Bradbury’s Los Angeles home office, which surrounded and stimulated Bradbury throughout the majority of his career. 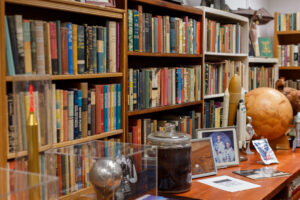 Bradbury’s author’s stock of his own books, including many signed and limited special editions and hundreds of foreign language editions from many lands. 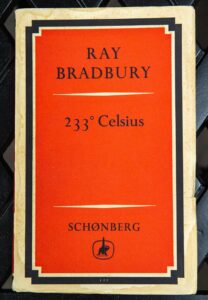