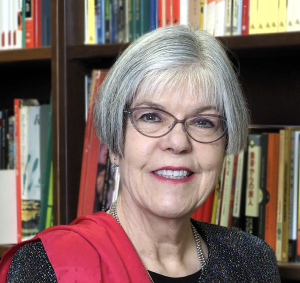 Marianne S. Wokeck is Chancellor’s Professor emeritus of History at Indiana University-Purdue University Indianapolis, where she taught early American history and directed the Institute for American Thought. She was educated in Germany and the United States. Her major research interests in the history of the North Atlantic World (1600-1800) focus on immigration and ethnicity, including the role of religion in defining identity, and also on scholarly editing. Those interests are reflected in her publications as author and editor (Trade in Strangers; The Papers of William Penn; Lawmaking and Legislators in Pennsylvania; The Works of George Santayana; and Immigrant Entrepreneurship: German-American Business Biographies).

Active involvement in faculty governance (numerous committees and task forces on the departmental, school, campus, and university levels; most recently president of the IUPUI Faculty Council and co-chair of the University Faculty Council of Indiana University (2014-16). As an emerita faculty she serves currently on the board of the IUPUI Senior Academy.