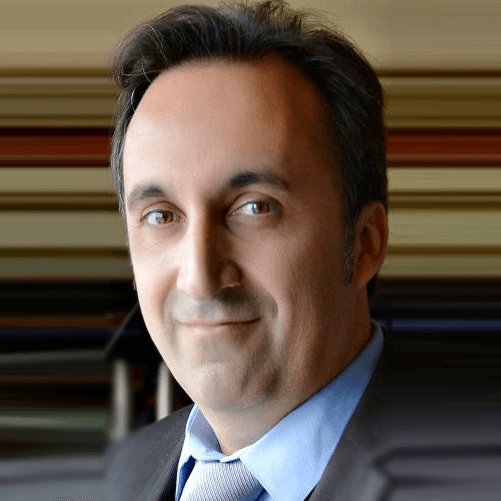 Dr. Enric Mallorquí-Ruscalleda is a first-generation Hispanic college and high school student and an underrepresented, low-income student who completed graduate school as an international student in Canada and the U.S., thanks to the generosity of Princeton University and The University of Western Ontario.

He is currently an Assistant Professor of Spanish Literature and Translation Studies at Indiana University-Purdue University Indianapolis (IUPUI). He previously served as Director and Coordinator of the Program in Spanish (2018-2020). Broadly trained in humanities and social sciences, he holds, among other degrees, a Ph.D. and an M.A. in Spanish and Portuguese Languages and Cultures from Princeton University, along with a Graduate Teaching Transcript (equivalent to a Graduate Certificate), also from Princeton University.

He has also served on many M.A. exam/thesis committees at IUPUI or other national institutions and seven Ph.D. doctoral dissertations committees in Spain. He feels incredibly proud of having had the opportunity to be part of the oral defense committee of the dissertation by the Spanish Air Force Colonel Commander José Carlos Presa Díaz.

Dr. Mallorquí-Ruscalleda has received several national and international accolades for his research, teaching, and service to the students and the profession. A tribute to his work was held at the University of São Paulo in 2017. The proceedings appeared in a book titled Homage to Dr. Enric Mallorquí-Ruscalleda, university professor, Hispanist, and editor, by his colleagues (Zaragoza, Pórtico 2017). He has also been elected member of the Euro-Mediterranean Academy of Humanities, Social Sciences, and Education (Italy), the Academia de las Ciencias y las Artes Militares (Spain) –being proposed by General Luis Feliu Ortega–, and the Academia Nortemamericana de la Lengua Española (ANLE)-Delegación de Indiana, where he serves on the executive board. In 2012 he was named Distinguished Visitor (Professor) of Spanish and Translation Studies at Aston University (U.K.). In 2013, the Associação Brasileira de Educação a Distância awarded him –as part of a collaborative educational project on Iberian Studies– with the “International Award for Innovative Teaching.” In 2016, he received the “Outstanding Faculty Recognition for Exceptional Teaching Effectiveness,” at California State University, and awards for his books; in 2015, he was awarded the “Outstanding Untenured Faculty Award (Research, Teaching, and Service),” and, in 2017, he was the recipient of the “Faculty Award. Chicanx Resource Center” (California State University), for his genuine contribution to the Latinx community on campus. Dr. Mallorquí-Ruscalleda feels exceptionally proud of this award because it is voted on and awarded by the students who choose among all the faculty/staff.

Dr. Enric Mallorquí-Ruscalleda’s academic endeavors are highly interdisciplinary and anchored at the intersection of comparative literary (mainly classical and romance studies), cultural studies, translation studies, philosophical hermeneutics, history, psychology, law, political science, and historical linguistics (disciplines in which he holds advanced degrees). Although he is a specialist on the literary and cultural production (in Spanish, Catalan, and Latin) of medieval and early modern and contemporary Iberian studies (mainly in Spanish and Catalan, but also in Galician), he has additional expertise in translation studies and an extensive record of publications in colonial and contemporary Latin American literature and culture. Dr. Mallorquí-Ruscalleda is known for his groundbreaking application of game theory to Spanish literary studies, alongside his work on:

He is an active member of over twenty international and interdisciplinary government-funded collaborative research groups, has a strong record of attracting research funds (for example, fellowships from the Princeton University Woodrow Wilson School of Public and International Affairs, the Stanley J. Seeger Fellowship for study and research in Greece and other Mediterranean countries, the Armstrong Prize, and the highly prestigious Regents International Fellowship from the University of California-Berkeley (declined) while a graduate student.

He has participated in numerous international, national, and regional conferences by organizing, chairing, organizing sessions, and presenting papers. He has also been the keynote speaker at several international conferences. Dr. Mallorquí-Ruscalleda has presented his research U.S. and ten countries (UK, Spain, Italy, France, Canada, Costa Rica, Ireland, Poland, México, and Brazil). He is the founder and editor-in-chief of Studia Iberica et Americana: Journal of Iberian and Latin American Literary and Cultural Studies, hosted at IUPUI and co-edited alongside other world-class institutions. He is a member of two of the most prestigious research centers for Iberian studies worldwide: The Center for Catalan Studies of the University of California-Santa Barbara and the ISIC/IVITRA of the University of Alicante, as well as other affiliations

Dr. Mallorquí-Ruscalleda ended his tenure as a board director of the Midwest Association of Translators and Interpreters (MATI) in October of 2021. MATI is a chapter of the American Translators Association (ATA), the only professional organization in the field of translation and interpreting studies in the U.S. He has also been a member of the jury for the “International Prize Francesco Saverio Nitti per il Mediterraneo” (Italy).

Dr. Mallorquí-Ruscalleda also serves on the Indiana Supreme Court’s Language Access Advisory Committee, appointed by Justice Loretta H. Rush, Chief Justice of the Indiana Supreme Court. In his role as co-director of publications of the Center for Medieval Studies of the University of São Paulo, he is co-editor of the prestigious journal International Studies on Law and Education, along with Justice Dr. Paulo Ferreira da Cunha, Juiz Conselheiro (Criminal Section) of the Supreme Court of Portugal, co-published by the School of Law of the University of Porto (Portugal) and the Center of Medieval Studies of the University of São Paulo, and initially also by the Harvard Law School Association of Brazil.