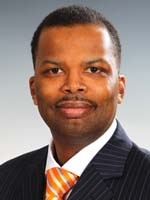 INDIANAPOLIS — Vonn Read was ready to deploy during the Gulf War. He had been stationed at Fort Drum, New York, since 1989, and was preparing for field artillery work until he transferred to Fort Lee, Virginia, two months before his former unit shipped out.

Since Read’s military service ended in 1993, the main action he’s seen has been in basketball. He has coached in the NBA, WNBA, USBL and collegiate ranks since 1997. He’s now preparing for the Women’s Final Four in his fifth year with Syracuse and third year as an associate head coach with the Orange.

Basketball has always been one of Read’s passions. He grew up playing the game and considered himself the second-best player on his high school junior varsity team, which he made as a freshman.

For his sophomore year, he moved to a high school closer to his home and his friends. However, a friend warned him not to transfer because the junior varsity team there was loaded with talent.

“He was just as good as me, and he was the 11th man on the team,” Read said. “He’s like, ‘Don’t come here man.’ I went there, and we were so good scouts would come to our JV game and then leave before the varsity game. That’s how good our guys were. Fans would come to watch the JV and leave and wouldn’t watch the varsity team.”

Read made the team as a sophomore and junior but rode the bench. When it became apparent his playing time would remain minimal, he switched his focus to tennis since the school’s tennis coach kept asking him to join the team. Before Read’s senior year, he quit basketball and focused exclusively on tennis.

Read continued playing tennis at Clark Atlanta University, where he graduated with a bachelor’s degree in political science. That was 1997, four years after he ended his military service. He couldn’t afford college right out of high school and liked the structure the army offered.

“It was just a tremendous opportunity to be disciplined, to be focused, and I learned that there,” Read said. “You do it the hard way. You either do it, or there are some severe consequences to doing it. It really helped me to be disciplined in everything I do. I still keep those traits.”

For Read, the mental side of basketball long outweighed the physical side. He started drawing and compiling offensive plays since he was 14 years old, which would later become an encyclopedia. He still has a collection of 2,000 VHS tapes of college games he recorded, including his favorite team, North Carolina.

“I would watch these game over and over again, and I’d take plays from them,” Read said. “I would study all of these teams and all of these plays. I pretty much could tell you what a lot of these teams would run before they’d run it. They’d get to half court and I’d yell out ‘screen’ or ‘lob.’ People were surprised with how much knowledge I had because I didn’t have so much experience.”

For those who questioned Read’s knowledge, his books on basketball plays speak for themselves. He never thought of publishing them until he received positive feedback from a coaching friend, when he worked for the Orlando Magic in the late 1990s.

That started one of six basketball books Read published. The first book had approximately 1,000 plays. He’s continued to add plays since his first coaching job as an assistant at Spelman College in 1997. His most recent book – “The Basketball Encyclopedia of Plays” – published in 2010, came in a two-volume set and featured over 7,000 plays.

Read’s plan at Syracuse was to implement an offense that focused on getting shots up as opposed to worrying about field goal percentage. It was simple quantity over quality. And Syracuse head coach Quentin Hillsman bought in when Read gained more confidence about his formula’s potential success.

Defensively, Syracuse looks to gain more possessions – and subsequently shots – by outrebounding its opponents and forcing turnovers. Although the Orange have a negative-0.9 rebound-per-game average this season, they have forced opponents into an average of 24.2 turnovers per game and have a turnover margin of plus-10.3; both are tops in the NCAA.

“Forcing turnovers always boosts our ego,” said senior guard Cornelia Fondren. “We just go out there and press the ball. We thrive on turnovers”

Hillsman and Read echoed each other that the offensive plan complements Syracuse’s zone. The Orange like to get out and run fast after a rebound or a steal, and defenders in a zone are normally in a similar position and not scrambling to head down the court. So, the player with the ball knows where others are and will be.

Once at the offensive end of the court, junior point guard Alexis Peterson said the Orange want every possession to end with a shot. Syracuse’s goal before the season was to average 20 or more shots per game than its opponents. Heading into Sunday’s Final Four game against No. 7 Washington, the Orange average 13.6 more shots than opponents (68.7 to 55.1).

“A bad shot is better than a good turnover any day,” Read said. “At least we have a chance to rebound that bad shot. Some bad shots lead to two or three offensive rebounds and more attempts. A turnover never leads to anything other than them taking the ball out of bounds. Or it leads to a live ball turnover with them running the ball back down and scoring on you.”