About Us Sports Journalism Blog Featured The Journal Sentinel fulfilled my dream. Now I’m leaving to make another dream possible

Posted on December 7th, 2020 in Featured by Matt Velazquez 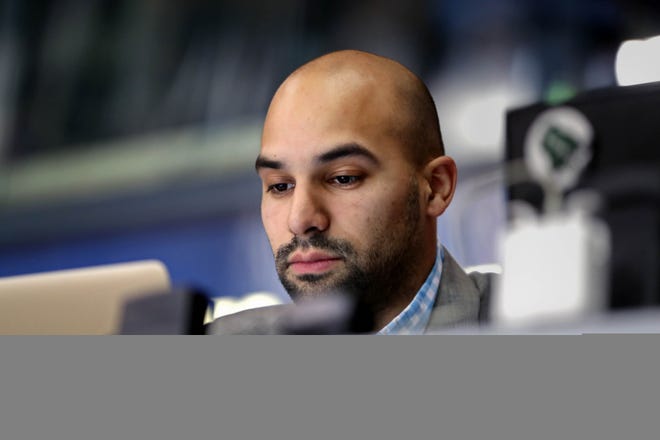 Yes, you read that headline right. Today is my last day after nearly 7½ years at the Journal Sentinel.

I never knew my life’s journey would lead me to Milwaukee and keep me here so long. That said, getting the opportunity to work at the Journal Sentinel fulfilled my childhood dream of becoming a sportswriter — and then some.

By my count, I covered 485 college and professional games in person during my time at the Journal Sentinel, not including a pair of golf majors and a half-dozen high school state championships. I’m on a first-name basis with an MVP, have traded texts with Hall of Famers, sat courtside at the Final Four and much more.
That’s all still crazy to me. Those are my experiences. Somehow, that’s my life.

Well, that’s one part of my life. That was my job. There’s been so much more going on behind the scenes.

And that’s why I’m leaving the Journal Sentinel now, even though it is and has been a dream job. As much as it was the dream of my youth, I have a new, grander aspiration now. It’s something that didn’t come into focus until a couple of years ago and only truly took shape over the summer.

It’s time for me to help my wife fulfill her dream of becoming a physician. We moved to Indianapolis in August so that she could get started on that path. I’m no stranger to a long commute, but Indianapolis to Milwaukee just isn’t feasible.

I get it. That’s probably not what anyone was expecting to read. It’s a longer, more personal story than I’m ready to fully share now, but I feel compelled to outline the main points. It’s the least I can do for all the people who have read and followed me, supported my work and invested so much time and attention in me these 7½ years.

For context, my wife, Andrea, and I have been together since high school. We dated long distance in college, got married a couple of years after graduation, spent most of a year apart when I went to graduate school in 2012-13, had a couple of kids and then settled into a crazy life of Andrea teaching full time while I traveled around the country covering Marquette and the Bucks.

Andrea was a fantastic high school biology teacher, but she always had a nagging feeling that her life’s work was in medicine. It was a feeling that had been simmering beneath the surface since she was a kid, but for various reasons never came to fruition.

Then, in February 2018, everything changed.

I was in Miami at an unassuming neighborhood gym waiting for the Bucks to finish up practice when I received a call. Andrea was sobbing, telling me I needed to come home right away. She unexpectedly needed surgery and wanted me by her side.

I changed my flight, packed up and left. The surgery went well the next day and she was on the path to a full recovery; everything would be able to get back to normal. That’s not to say it wasn’t serious. In fact, her doctor told her she was in mortal danger just moments before she was wheeled into the operating room.

Once the surgery was done, I thought everything was fine. I went back to jet-setting around the country, covering the final days of the Joe Prunty era and learning from Eric Bledsoe that he didn’t even know who the (blank) Terry Rozier was. Everything was back to normal.

But for Andrea, everything wasn’t back to normal. She was physically fine — she ran a half marathon about six weeks after the surgery because that’s who she is — but she couldn’t shake the emotional toll of the surgery. Part of that emotional component was reevaluating her life and discerning if she was living into her best self or if there were things she needed to change.

That spring, Andrea nervously came to me with an idea, fearing I would stop her from getting it off the ground. She had decided to pursue medical school in earnest, knowing she’d always regret it if she didn’t try.

I was shocked at the idea, but I didn’t resist it. Instead, I asked her what she needed to do and what the timeline looked like. She laid it all out, saying she would need to study for and take the MCAT, take a few more required classes, shadow doctors, visit schools, navigate the application process and hopefully get in somewhere. The whole process would take over two years and if it worked would almost certainly end in me leaving my job.

We decided to go for it. As long as she didn’t hit any roadblocks, we’d just keep going. And by we, I mostly mean Andrea. She’s the superhero in this story. While my life remained mostly unchanged, including plenty of travel and time away from home, she juggled running the house with two kids and a dog with working a full-time job and taking multiple in-person and online classes.

Over time, the pieces all fell into place. She got a solid score on the MCAT, succeeded in her classes — as a teacher and a student — built a multi-state network of physicians to shadow and eventually got an interview at her top-choice school.

After that interview, we waited an interminable 10 months, but on July 8 she finally got the call we worried might never come. In a family pile of hugs and tears, we celebrated Andrea’s achievement of getting into medical school.

Then came reality. We had a month to get packed up and moved to Indianapolis before she started. All the while, I was still covering the Bucks, who were just getting restarted in the NBA’s bubble. Lucky for me, my job was no different whether I was in Milwaukee or Indianapolis or anywhere else — Zoom interviews are location independent.

As the Bucks get set for the 2020-21 season, though, the job is going to become more location dependent. When Gannett offered voluntary severance packages in November, I knew it was the right opportunity to pivot and clear space for someone new to take over.

While it’s bittersweet to leave everyone who has made my experience in Milwaukee and at the Journal Sentinel so wonderful, I do so knowing that it’s absolutely for the right reason. I could never have held this job without Andrea’s constant support and now I’m happy to return the favor. It was never quid pro quo with us — we’re just two people dedicated to openly and honestly working together to support each other’s dreams. Sometimes that means diving headfirst into drastic changes, but we’ve always done that hand-in-hand.

Now that Andrea’s in medical school — and doing great, by the way — what’s next for me? When it comes to my career, I’m not totally sure yet. I still have some time to figure that out and am open to whatever opportunity provides the best fit for my family and me.

What I do know, though, is I have been spending a ton more time with Andrea and our girls. I have spent a lot of time teaching virtual school, cooking, cleaning and spending nights as a family — you know, the good stuff I missed too often while traveling and working nights and weekends.

So, that’s the story of where I’m going and why — and somehow that’s still the abridged version. Now, it’s time for me to express some gratitude.

I’ll forever be grateful that former Journal Sentinel sports editor Mike Davis decided to answer my unsolicited email in the spring of 2013. He didn’t have a job to offer, but he took the time to get to know me anyway when so many other sports editors never responded. Then, he showed incredible faith by hiring me and constantly putting me in a position to succeed.

There are too many people from the Journal Sentinel newsroom to thank and I’m afraid to leave anyone off, so I’ll issue a blanket thank you to everyone at the JS. The company changed ownership multiple times over my 7½ years, but I can honestly say it always had the same heart — the people who poured themselves out daily in pursuit of serving the people of Milwaukee and Wisconsin. Everyone in that newsroom provided me constant, unending support in my various roles over the years and I’ll always appreciate the time I spent working with them. Also, I can’t acknowledge the newsroom without thanking Milwaukee News Guild Local 51, which has always been a source of support and strength for me and everyone else at the JS.

I’d also like to thank all of the people I encountered while covering my various beats. These journalists from “rival” outlets were never rivals to me. In fact, I’m now proud to boast most of these journalists as friends.

In my travels, I became keenly aware that not every media market has journalists who, on the whole, get along so well with each other. It’s important, too, because during the season you spend more time traveling, covering games and waiting for practices with these people than you do with your family. Spending that time talking, laughing and sharing #NBARoadEats with those people are among the things I’ll miss most.

Finally, I would like to thank everyone who took the time to read and support my work. None of this happens without readers and especially subscribers. I can’t tell you how validating it has been to feel the support of the Milwaukee and wider Wisconsin community while covering the Bucks, Marquette and UW football and basketball. I wasn’t perfect — I often joked on deadline that I wasn’t going to win a Pulitzer with the rushed story I filed — but I always tried my best to offer worthy coverage of the people and teams you care about. Honestly, that’s what you deserve. I’m certain that is what you will continue to get from the Journal Sentinel even after I’m gone.

But now, it’s time for me to move on. There’s another dream, another journey ahead.

Thank you, Milwaukee, for everything.