DALLAS — LJ Scott, Gerald Holmes and Madre London are the three young Michigan State running backs that power the Spartans, competing for touches and starts, but forming a self-described brotherhood that works toward the same goal.

“We’re all brothers,” London said. “We love each other. We all got the same goal in mind, and that’s to be playmakers and make it to the next level and win games for Michigan State. So we are close, and we compete together.”

Throughout a Big Ten championship season, each has given the Spartans a chance to go with the hot hand. London, the redshirt freshman from Fort Lauderdale, Florida, had it first. He started the first six games before suffering a right ankle injury that kept him out for three weeks. London, who ranks third on the team with 489 rushing yards, returned in Week 10, but by then Holmes was on a roll. Holmes, a sophomore, is the oldest of the group. The Flint, Michigan, native ranks second in rushing yards among the group with a total 534 yards.

Scott, a true freshman, started just once, at Michigan. But he led the Spartans in rushing yardage (691), carries (140) and rushing touchdowns (11). And in the final tense minutes of the conference championship game against Iowa, as the Spartans constructed their unforgettable game-winning drive, Scott made his most notable contribution to the team. He had 14 carries for 40 yards – including three third-down conversions – in the 22-play, 82-yard drive. Scott’s second effort, a spinning, lunging move, produced the 1-yard touchdown with 27 seconds to play that became the difference in the 16-13 victory over the Hawkeyes.

His ability to break tackles allowed Michigan State to maintain control all the way to the final seconds.

Scott would not take all the credit. “It was – first off, it was just something – it was something special to be a part of,” he said. “And I’d like to give all my credit to the linemen. They were pushing me the whole entire game, the whole entire last drive.”

Though London, Holmes, and Scott are so young, they are described as being very mature and hard working.

“The biggest thing for me,” said junior offensive tackle Jack Conklin, “is just the maturity that these guys have shown. All three of them are huge competitors. And it’s frustrating sometimes when one of them isn’t the hot hand at times. It’s been impressive for me to see how into it they’ve stayed and how no matter what, they’re right by the guy who is out there telling them what they see and telling them they’re doing a good job.” 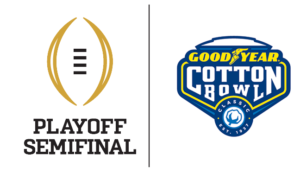 The three will play a significant role on New Year’s Eve at the College Football Playoff Semifinal at the Goodyear Cotton Bowl Classic. It’s the teamwork and comradery that makes this unit successful and could become the key to maintaining an offensive balance that would keep Alabama’s defense guessing.

“I would definitely say Connor Cook is the straw that stirs it,” said Alabama defensive coordinator Kirby Smart. “…Their backs – we’ve preached to our guys, they have big, physical backs, not a whole lot different than what we’re used to at Alabama. So when you start talking about a stable of those guys, they’re going to be fresh and they’re going to play a lot of them. They kind of go with a hot hand each game, and each one has a different attribute. But they’re all big, and that’s tough to defend when you’ve got an offensive line that’s as experienced as theirs.”

Dave Warner, Michigan State’s co-offensive coordinator, watched that growth continue throughout a Big Ten championship season. “They’ve all done a great job of learning our offense and done so quickly,” Warner said. “Obviously, LJ did it as soon as he got here, basically. But it’s great to have a meeting room with these guys in here, not because they’re great players and talented. But what you say about them, what they say about it being a brotherhood and all being brothers isn’t just window dressing. It’s legit.

“They actually are team players first,” Warner said. “And, yeah, they want to be there. They want to be carrying the rock, but they’re interested in winning football games. And that’s what makes it a great group to coach.”