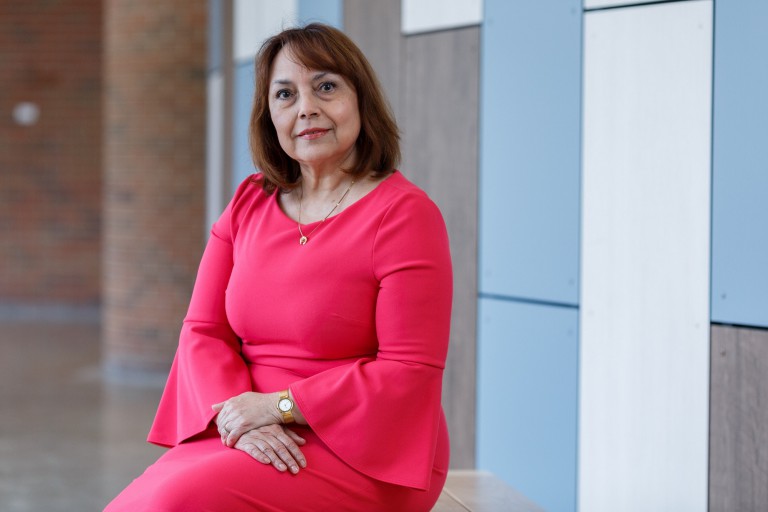 INDIANAPOLIS — Rosa Tezanos-Pinto, director of the Program in Spanish in the Indiana University School of Liberal Arts at IUPUI, has been inducted as a full member into the North American Academy of the Spanish Language, one of the top honors that can be bestowed upon scholars and researchers of the language.

Tezanos-Pinto has also been appointed as the editor of the academy’s bulletin, one of the most prestigious in the field, covering the language, linguistics, literature and future of Spanish in the United States.

“Dr. Rosa Tezanos-Pinto’s induction as a full member of the North American Academy of the Spanish Language is a worldwide recognition of her distinguished career as an academician, researcher, author, cultural promoter and editor of prestigious critical magazines of Hispanic-American and Latino studies,” said Luis Alberto Ambroggio, president of the Washington, D.C., delegation of the academy and a critically acclaimed poet and essayist.