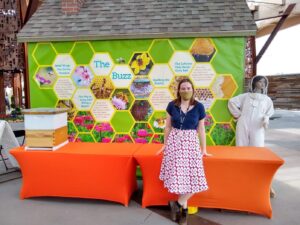 Karen Breece at the Indianapolis Zoo.

Halfway through the first semester of my internship, the Indianapolis Zoo’s Director of Education, who had been my acting mentor since I started, told me that my actual mentor who had been on maternity leave all this time was not coming back.

She had been laid off.

This was a setback for me. My supposed-to-be mentor was the Zoo’s evaluator and interpretive planner, and I was doing evaluation and interpretive writing. The Director of Education, while a wonderful mentor, has a calendar that looks like a bookcase stacked to the brim with meetings. Her availability was limited, so I had to adjust to working and figuring things out by myself. How do you teach yourself how to evaluate things? Not just the glamorous stuff like analyzing data and finding the diamond in the rough, but the nitty-gritty of how to do formulas in Microsoft Excel? I suppose I found a way.

I stumbled a bit on the way there, sure. There was a painful two weeks where I could not figure out how to tell Excel that those numbers were minutes and seconds, not times-of-day written in army time. There were research questions and evaluation plans that evaporated with the laid-off evaluator, leaving me with little direction on what questions to answer with the giant pile of data I had. There were the 1200 online survey responses that we really should have stopped collecting when they reached 600, but there was no one there to turn on the stoplight.

Somehow, someway, through a combination of conversations with my mentor and fervent Googling, I learned how to sift through the data and draw enough cogent conclusions to write a report. The reduction in staffing also meant we had to compromise. I could not be expected to write a full summative report on an exhibit that opened last year, so we broke down the reporting into smaller chunks prioritizing what was most helpful for staff.  I also had to balance this with the other half of my responsibilities, which were writing and editing signage and other things that guests would see.

What did I learn from all this? One, I did get help on the evaluation part – I took Museums and Audiences with Dr. Lois Silverman the second half of my internship – and two, I learned to not get too committed to the outcome of projects. You prioritize what you think is important in the moment, but the next day another sign has to be written last minute and takes over your day. The higher-ups make decisions that make what you have spent three whole weeks on useless. Sometimes, this is a list of cat names you took way too seriously (for context, the Zoo wanted fun cat names for the cats up for adoption at its annual Halloween event). Other times, it’s a data set you were handed only to be told that a survey was not really the best evaluation method anyway, and we really should collect some interviews instead. Either way, you do what you can, and sometimes the product is rushed, but somehow, someway, it does get done. 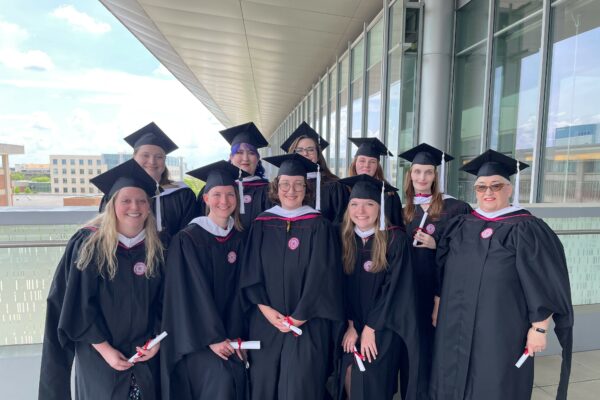 Congratulations to the Graduating Class of 2022!