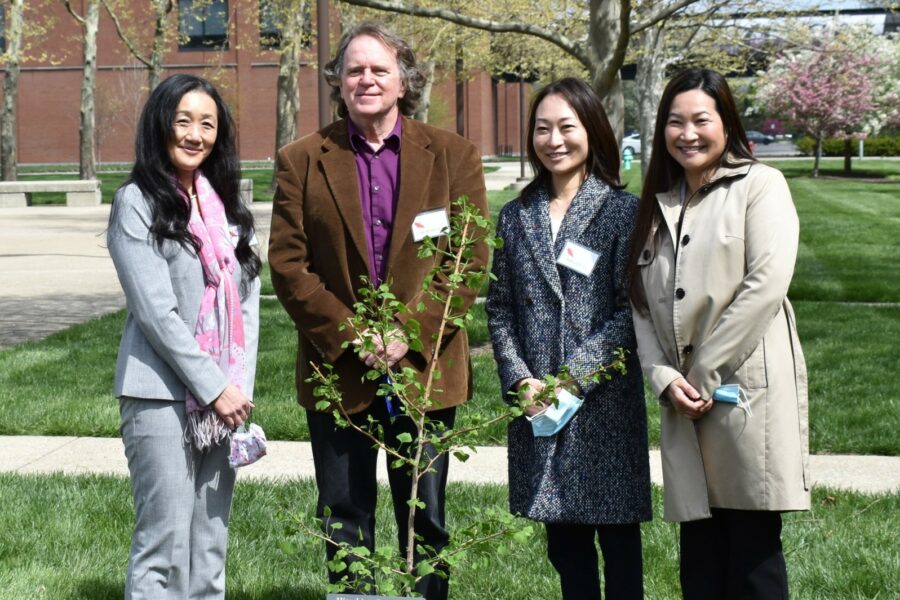 Nestled on a small patch of ground in Taylor Courtyard at IUPUI, close to Democracy Plaza, stands a little ginkgo sapling that holds a message of peace and legacy.

On April 16, students and faculty of the Japanese Studies Program in the School of Liberal Arts at IUPUI were joined by a select group of invited guests to plant the sapling, which was grown from the seeds of a 300-year-old tree that survived the atomic bombing of Hiroshima, Japan, in 1945.