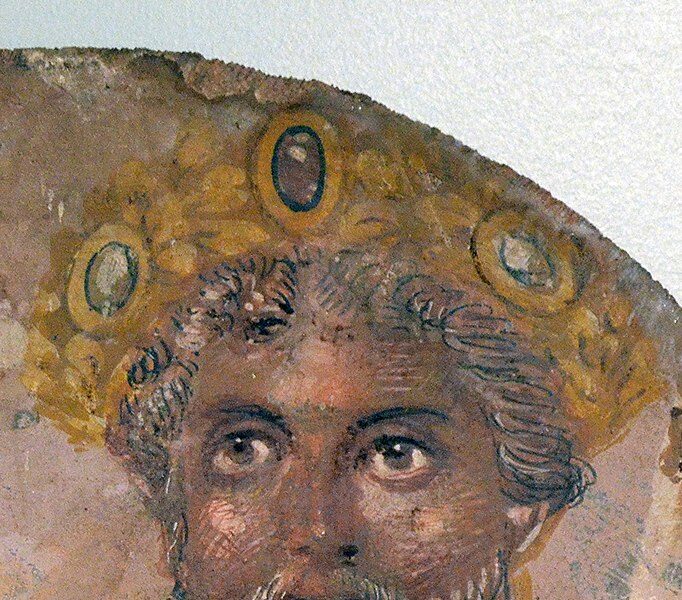 Acquisition no. 2: A museum information sign for an imperial family portrait, where everyone has resting-insufferable-face, except for Geta, who has no face.

Social media is full of series that feature the greatest works of ancient art. This is not one of those series. This is Honest Museum Signs, a series devoted to the belief that with ancient artifacts, as with everything else, “they can’t all be winners.” Here we plumb the bottom of the ancient barrel to present artistic oops-i-daisies, along with the honest museum information that reflects what archaeologists are really thinking when they analyze these misfires. 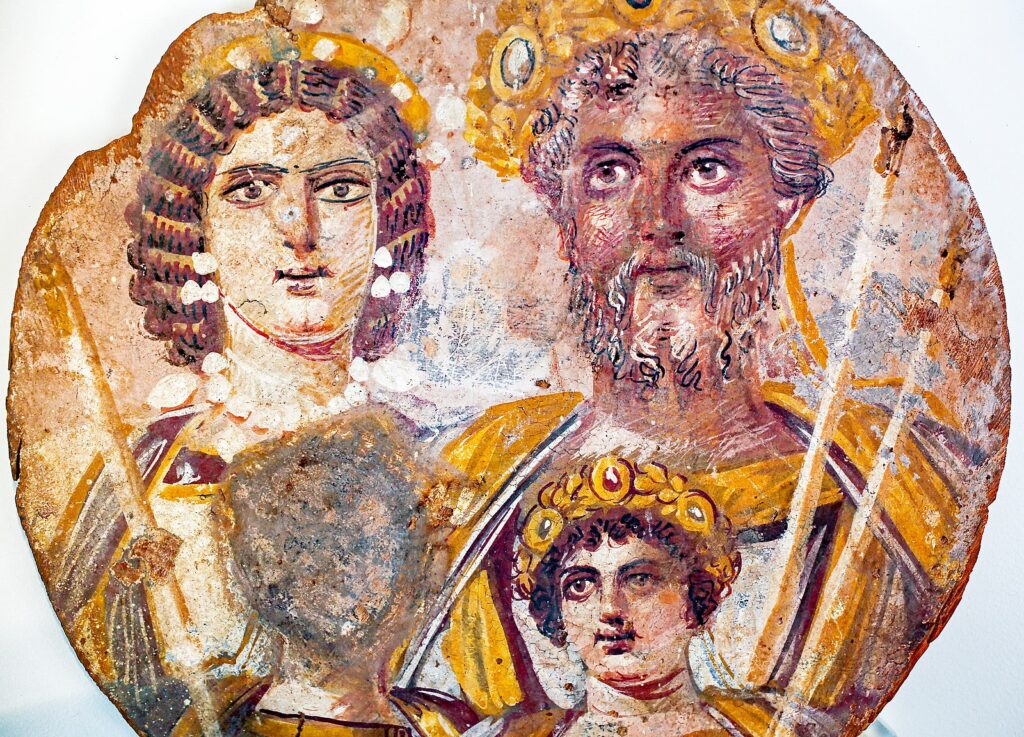 This is a painting. It shows the Roman Emperor Septimius Severus and his family: his wife Julia Domna, his son Caracalla, and his other son Geta, who has a brown smudge where his face should be. Septimius Severus is famous in art history for having all his portraits feature a funny beard that looks like walrus tusks. Similarly, Julia Domna is famous for wearing wigs that look like helmets. Some scholars think these distinctive dos might have religious significance, but that is just because the scholars can’t admit the pair resemble an obnoxious hipster couple from Brooklyn. Young Caracalla looks like a smug little monster, in the tradition of King Joffry Baratheon. This is due to a phenomenon art historians refer to as “nascent sociopathic lunacy.” Upon coming to power, Caracalla eventually murdered his brother Geta and publicly damned Geta’s memory. Someone in Egypt, where this painting was found, apparently interpreted that edict as “rub Geta’s face out with poo,” the source of the brown discoloration.

This painting was executed in tempura on a circular wooden panel. This type of circular format is called a tondo, which is Italian for “too pretentious to say circle.” The exact purpose of this piece is unknown, but it was probably nothing that archaeologists have ever imagined.

To explore how Augustus used the myth of Aeneas to promote his family in Rome, enroll in CLAS C361 Ancient Roman Revolutions, coming up Fall 2022, no pre-reqs or previous experience required. Or to learn more about how Julia Domna established a dynasty that changed Rome forever, try our 1-credit “appetizer” course CLAS B313 Extraordinary Ancient Women, also coming up Fall 2022 with no pre-reqs! Can’t get enough of Ancient Greece and Rome? Earn a Classics Minor in just 15 credits!