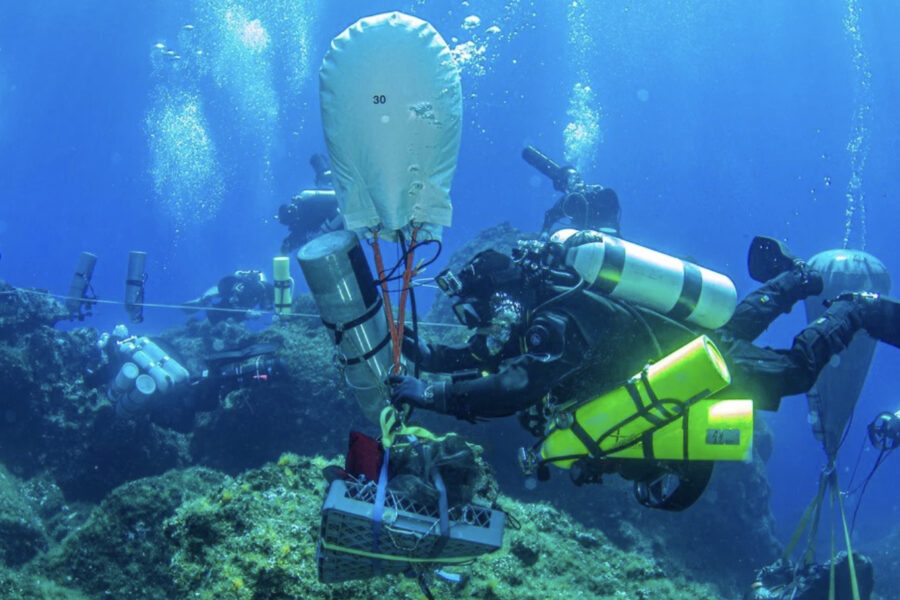 Despite the technical expertise involved, this process really comes down to “put a rock in a basket tied to a balloon and up we go!.”

Episode 3: In which Hercules learns what a museum is, and Poseidon invents the “martini law” for scuba diving.

This episode of Real Housewives of Mt. Olympus brought to you by the latest archaeological news on SmithsonianMagazine.com – and by CLAS-C 101 Ancient Greek Culture.

HERCULES, SON OF ZEUS AND FORMER MORTAL: Uncle Poseidon, I bear tidings! The mortals have finally set up the statue I demanded from them back in 60 B.C.E., and which you stole from me by hiding it under the sea!

POSEIDON, GOD OF SEA AND SHIPWRECKS: Stop calling me Uncle, kid. You’re a god now. It’s pathetic. And I didn’t “steal it from you and hide it under the sea.” I caused a wicked storm 2,000 years ago off the coast of Turkey like a badass. Your stupid mortal ship couldn’t handle it and it sunk. Only reason they even found the ship again was some sponge divers got lucky.

HERCULES: But now, after centuries of striving, my mortal followers have succeeded in erecting the statue as they promised. Now they’ll really worship me like a real god.

POSEIDON: Ugh, they’re not worshipping you. They’ve had the body of the statue for like a hundred years in a museum, and now they’ve just recovered the head. Your stupid roided out body is getting back its stupid head. That’s all. Plus the really cool ancient statues were bronze. Yours is just some marble knock-off. Get it? Knock-off? 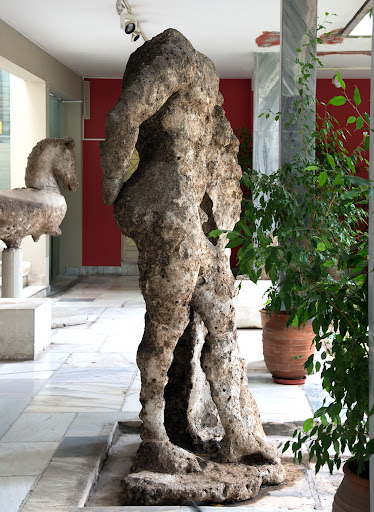 Just act casual and no one will notice you’ve lost your head.

HERCULES: But I have seen them gather around and admire the statue in great crowds!

POSEIDON: It’s a museum, not a temple, idiot. New mortals go there to learn about old, dead mortals. Your statue isn’t even the most famous thing from that shipwreck. People really want to see this lump of squashed metal disks that they call the Antikythera Mechanism. It’s the world’s first computer. And I sunk it. 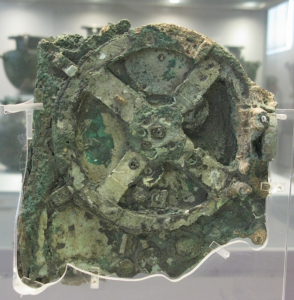 Still more advanced than anything you’ll get from SLA IT.

HERCULES: I watched them, Uncle. The mortals went straight to the bottom of the sea and raised my image, touching nothing else.

POSEIDON: That’s because the wreck is so deep the puny mortals can only stay down there for like half an hour before their fragile little bodies break. They call it “the bends.” Really one of my finer pieces of work. Plus they’re basically excavating high, since every 50 feet down they go in the water hits their system like they just pounded a martini. That was Amphitrite’s idea. My wife’s a bit of a lush.

HERCULES: My wife Megara said she would drink too if she were stuck at the bottom of the ocean with you.

POSEIDON: Isn’t that the wife you killed in a psychotic rage?

HERCULES: Shhhh, Disney will hear you!

To explore how the ancient Greeks shaped our understanding of art and science, look for CLAS-C 101 Ancient Greek Civilization, coming up Fall 2023, and earn GEC credits while you’re at it! Or for more exploits of the Greek gods, and how their myths shaped Ancient Greek and modern societies, enroll in CLAS-C 205 Classical Mythology, coming up Spring 2023 and also offering GEC credits! Can’t get enough of Ancient Greece and Rome? Earn a Classics Minor in just 15 credits!