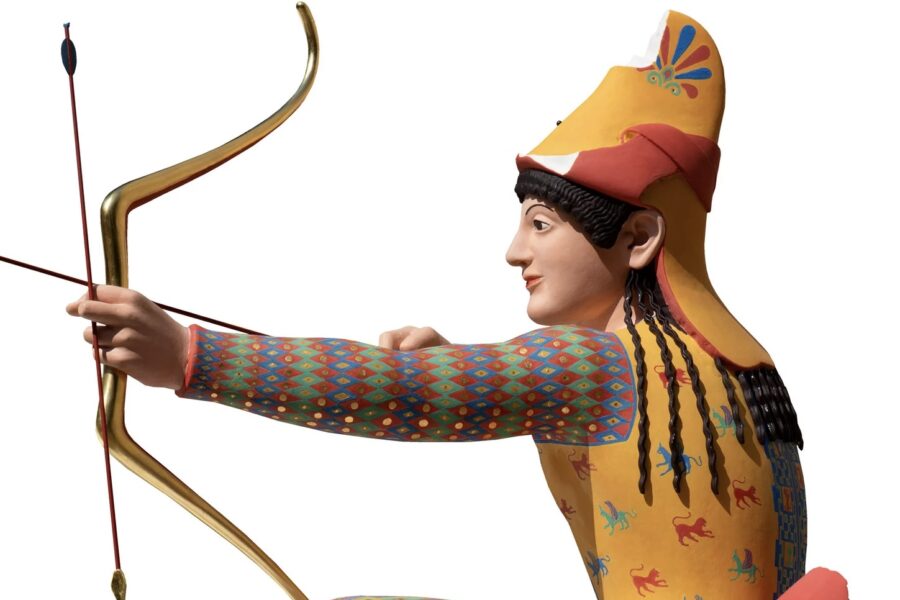 Taking fabulous aim at people who think all ancient sculptures were white.

Episode 7: In which the Greek goddess Athena takes issue with the Metropolitan Museum of Art.

This episode of Real Housewives of Mt. Olympus brought to you by CLAS A301 Classical Archaeology.

IRIS, GODDESS OF THE RAINBOW AND MESSENGER OF HERA (bursting in): Did you hear about the Metropolitan Museum of Art’s new exhibit? It’s all about the original bright colors of ancient sculpture! Colors, like my rainbow! I’m finally getting the recognition I deserve! Who’s a secondary goddess now? 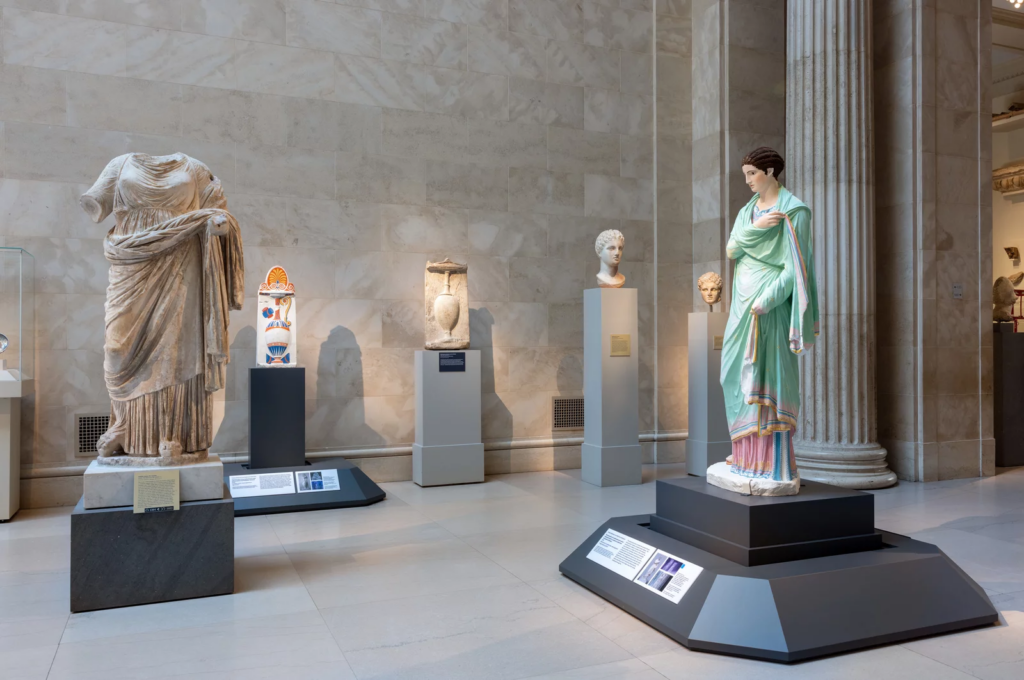 Who wore it better, ancient style.

IRIS: You try talking mostly to screaming women in labor and see how your communication skills go.

IRIS: Rainbow! Literally all the colors!

ATHENA, GODDESS OF WISDOM AND CRAFTSMANSHIP: I don’t see the point of the exhibit. Why are they so excited specifically about the color and paint on the statues? That’s like being super excited about someone’s skin and not the rest of them.

HERMES: Actually, modern mortals think ancient sculptures were all unpainted white marble, like the statues are displayed in modern museums. Do you even human?

ATHENA: Wait, what? So they think the sculptures are supposed to just stare at you with white, blank, empty eyes? 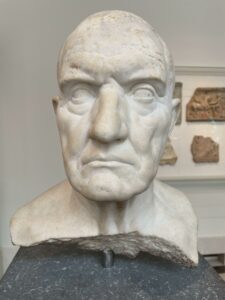 We are not amused.

PERSEPHONE, GODDESS OF THE UNDERWORLD AND POSSIBLY COLOR: I like them that way. They look like the shades of the dead.

HERMES (jumping): Where did you come from?!

PERSEPHONE (shrugging): Someone said my name. It’s a god-of-the-underworld thing.

ATHENA (raging): Why would I design sculpture as an art form that way? That doesn’t make any sense. I spend all that time teaching mortals to sculpt the human form true to life and then I forget naturalistic coloring? Wait, do they think my architecture was all white too? Do they think I am color-blind?!!

HERMES: See, if you actually spent any time with mortals, you would know this already. Now, as Psychopomps who leads all souls to the Underworld, I have a much better sense…

IRIS: There he goes again, sticking his caduceus into everything. He can’t just be the god of cleverness, he has to be a messenger god and an underworld god too.

PERSEPHONE: You do know mortals can just walk into the Underworld without you. Heroes do it all the time. Theseus, Hercules, Odysseus…It’s the getting back out that’s the problem.

PERSEPHONE: Talk about combining the psycho and the pomposity, amiright?

ATHENA (putting on helmet, reaching for her spear): Speaking of burn, which way is the Metropolitan Museum?

To explore the politics of literally white-washing ancient sculpture, enroll in CLAS A301 Classical Archaeology, coming up Fall 2022, no pre-reqs or previous experience required. Or for more exploits of the Roman gods, and how their myths shaped Ancient Greek and modern societies, enroll in CLAS C205 Classical Mythology, also coming up Fall 2022, and earn GEC credits while you’re at it! Can’t get enough of Ancient Greece and Rome? Earn a Classics Minor in just 15 credits!