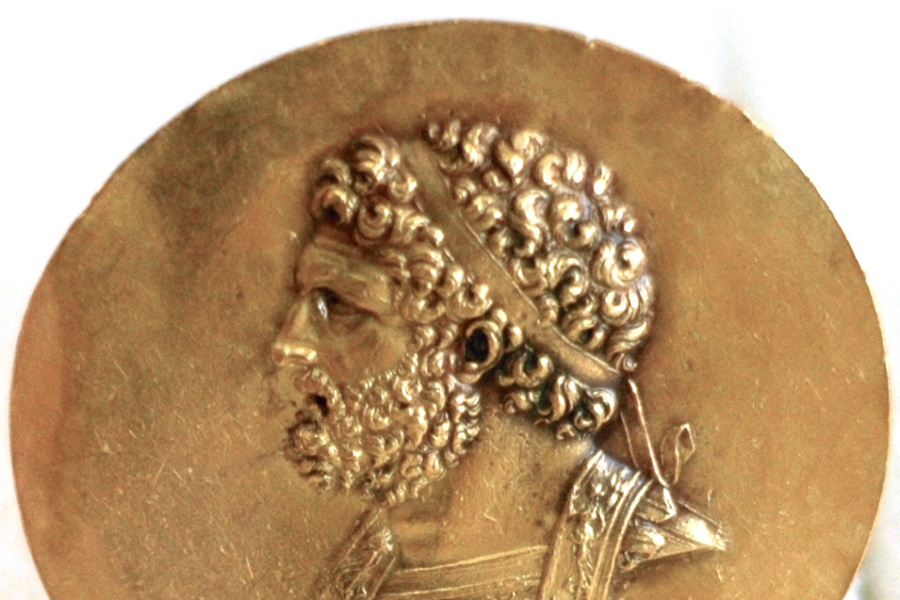 This Philip II commemorative medallion series brought to you by Pantene Pro-V.

Episode 29: In which Alexander the Great conquers the “Support Group for the Newly Deified,” and Hercules finally impresses a god. Sort of.

This episode of Real Housewives of Mt. Olympus brought to you by CLAS-C 351 Change and Innovation in Ancient Greece.

HERCULES, SON OF ZEUS AND FORMER MORTAL:…And then he just laughed at the myth where I produce the Cancer zodiac sign. Which really hurt, you know?

DIVINE ANTONINUS PIUS, FORMER AND REMARKABLY FORGETTABLE ROMAN EMPEROR: Thank you for sharing, Hercules. It can be difficult to seek and fail to find validation from an Olympian. They often exist on a different plane from us, emotionally speaking. Does anyone else have words of support for Hercules?

ALEXANDER THE GREAT (sort of), BRIEFLY FORMER GREEK EMPEROR (sort of) AND CONQUEROR OF THE WORLD (sort of): Hercules, my bro, you gotta stop whining and start winning! Back when I was mortal, I thought you were a total badass. You were my favorite LARP character! And now you’re just trailing after your uncle like a lost Cerberus puppy. 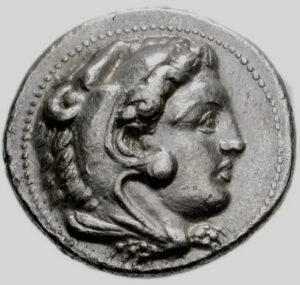 Alexander broke policy and gave himself a breather from his Leo the Friendly Lion character-head, scarring a generation of theme park Macedonian toddlers.

ALEXANDER: This is positive framing! He’s positively pathetic and needs to be positively powerful! Herc, tell me something awesome about you. Right now.

HERCULES: Well, they did find this massive statue of me in Philippi the other day…

ALEXANDER: Damn right, they did. And whose capital was Philippi? My father’s. Another total badass. You’re the god of awesome.

HERCULES: Plus, the mortal artifact farmers say it dates to the 9th century CE! Centuries after that Jesus guy started to hog the spotlight! 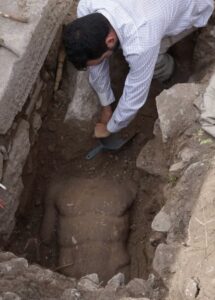 The archaeologists are disappointed to realize they are excavating yet another Abercrombie & Fitch.

ANTONINUS PIUS: They’re called archaeologists, not “artifact farmers.” How did that rumor even get started? And let me remind everyone that it’s against group rules to engage competitively when it comes to worship communities…

DIVINE HADRIAN, FORMER ROMAN EMPEROR AND PRETENTIOUS WINDBAG: You idiot, they weren’t worshiping you that late, they were reusing your statue for decoration. Just like the mortals did with the stones in my wall.

ALEXANDER: Hey, Beard Boy, how about you butt out?

HADRIAN: Oh, give it up, Antoninus, I am not your real father, you milquetoast emperor of mediocrity!

ATHENA, GODDESS OF STRATEGY AND HEROES (watching through the window with HERA): You set this up to torture Hercules, didn’t you.

HERA, GODDESS OF MARRIAGE AND ZEUS’ SISTER-WIFE-QUEEN (you read that right): One of my better ideas, actually.

To explore how Greece transitioned from the Hellenistic, Roman, and Byzantine Empires, enroll in CLAS-C 351 Change and Innovation in Ancient Greece, coming up Spring 2023 with no pre-reqs. Or for more exploits of the Greek gods, and how their myths shaped Ancient Greek and modern societies, enroll in CLAS-C 205 Classical Mythology, also coming up Spring 2023, and earn GEC credits while you’re at it! Can’t get enough of Ancient Greece and Rome? Earn a Classics Minor in just 15 credits!