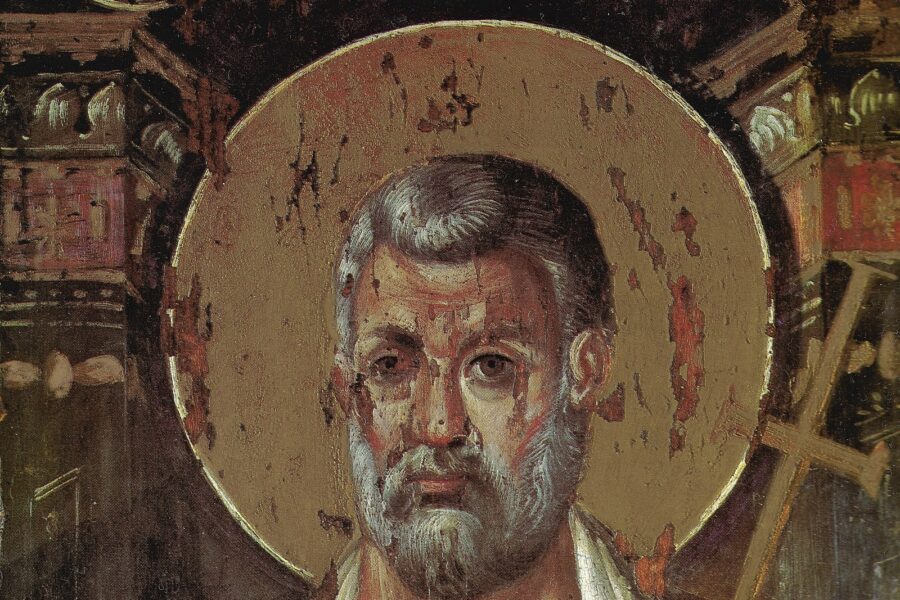 St. Peter clutched his Keys to the Kingdom of Heaven, and prayed for the patience to not use said keys to beat the portrait painter who was taking forever.

Episode 32: In which Zeus and Hera discuss early Christianity, and debate whether giving birth or popping your clogs is the real heroism.

This episode of Real Housewives of Mt. Olympus brought to you by CLAS-C 351 Change and Innovation in Ancient Greece.

[SETTING: Breakfast in the Palace of the Gods]

ZEUS, KING OF GODS AND PERPETUAL HORN-DOG: Did you see they found another religious mosaic in Judea? This one is from the Christians.

HERA, GODDESS OF CHILDBIRTH AND ZEUS’ SISTER-WIFE-QUEEN (you read that right): Do you have someone tracking mortal floors for you now?

ZEUS: Helios tips me off. I can’t help it, I’ve gotten interested in spite of myself. Why do mortals put so many important things on their floors? Don’t they know people walk there? Do mortals not understand walking? 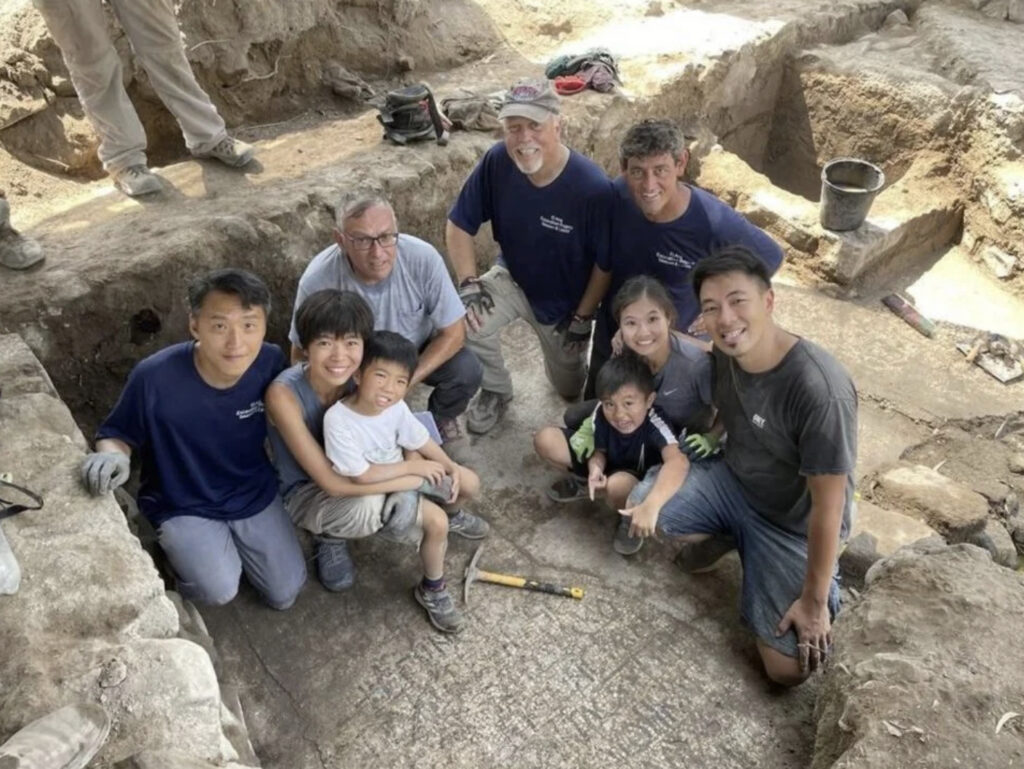 Is no one going to comment on the unexplained proximity of small children, a pick-axe, and a priceless mosaic?

HERA: Well I, for one, still could not care less. Some of us have important smiting work to do. These elaborate divine revenge plots don’t write themselves.

ZEUS: This mosaic has Greek words on it. Lots of them! It says the temple was dedicated to Saint Peter. The mortals think that might mean they’ve found his birthplace. Which is a really big deal because apparently he was their founding hero, or something like that.

HERA: (suddenly interested) Christians build hero shrines at birthing sites? That’s refreshing. I’ve always thought it was stupid that hero shrines celebrated where some mortal was buried. Like it’s any sort of accomplishment to drop dead. If I had my way the mortals would celebrate where a woman expelled a hero screaming from her own body.

ZEUS: That’s where I’ve heard that name before! Remember, there actually is a much bigger hero temple at that same guy’s tomb! Saint Peter’s Basilica. It’s near our old home in Rome. Constantine built it over his rival’s property. That guy was awesome. Except for accidentally elevating a monotheistic religion. That was uncool. 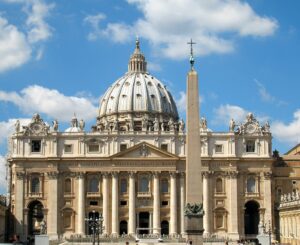 Concerned the elaborate facade was drawing focus, the Church added a massive arrow pointing to God.

HERA: (rolling her eyes) So this St. Peter temple with the mosaic is just some local shrine. I should have known. Wouldn’t want to acknowledge the accomplishment of not dying while your body is being literally torn apart, when we could focus on the glory of pushing up daises (glares at 2022 Supreme Court). Something every mortal manages, by definition.

ZEUS: I think you should be happy they remembered this guy’s birth place centuries later and bothered to build a temple there. The temple dates to the Byzantine Period, which is really fun to say. Try it. Biiiizzzzzaaaaanteeeeen. It’s like you’re a bee!

HERA: Wait, so supposedly a group of mortals, nearly a thousand years later, still knew where this one hero was born? Even though when he was born, he was just some fisherman?

ZEUS: Ha! Got you! I didn’t say anything about him being a fisherman. You’ve been doing your own research too!

To explore how the Greek world transitioned from the Hellenistic, Roman, and Byzantine Empires, enroll in CLAS-C 351 Change and Innovation in Ancient Greece, coming up Spring 2023 with no pre-reqs! Or to learn how ancient women somehow managed to survive childbirth without the benefits of modern medicine, and how that still affects maternity care today, enroll in CLAS-C 210 Ancient Medicine and Modern Terminology, also coming Spring 2023. Can’t get enough of Ancient Greece and Rome? Earn a Classics Minor in just 15 credits!