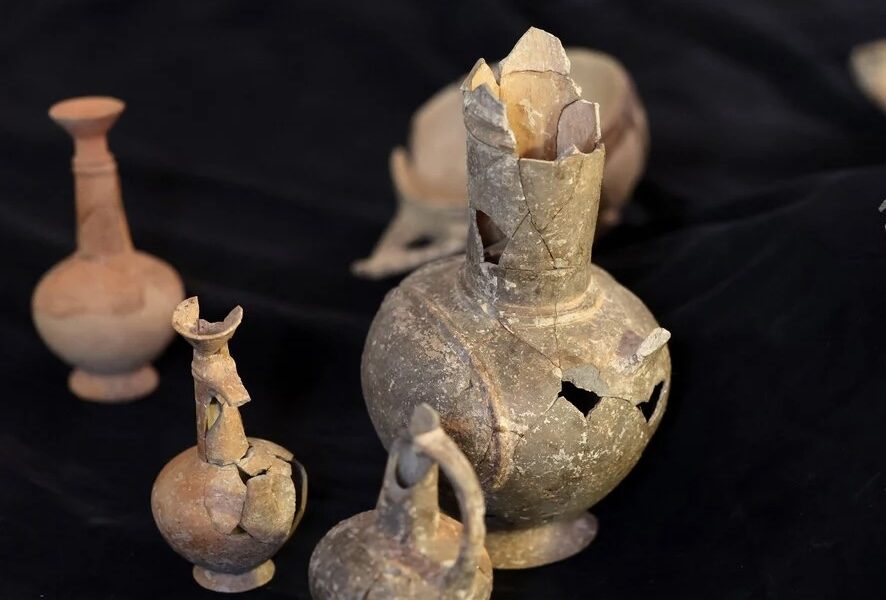 And you thought your mom discovering your secret stash in your bedroom was embarrassing.

Episode 34: In which Hermes goes the extra mile to irritate his half-brother Apollo, and Bronze Age drug use has a role to play.

This episode of Real Housewives of Mt. Olympus brought to you by CLAS-C 210 Ancient Medicine and Modern Terminology.

HERMES, GOD OF LOWER LEARNING AND GENERAL PAIN IN THE….: Bro, guess what the mortals just dug up from the Bronze Age Levant. Guess.

APOLLO, GOD OF HIGHER LEARNING AND MUSIC: Hermes, this isn’t a great time. I’m in the middle of something.

HERMES: Let me guess. Some nymph just turned you down and you’re writing some mopey song about it. 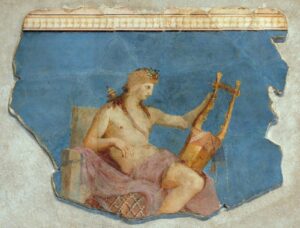 HERMES: Since you’re being a stick in the mud, I’ll just tell you. They found the earliest evidence for opium use in the Mediterranean. In these jars, that are totally shaped like poppies. Upside down poppies.

HERMES: No, they figured it out using science or something. That’s really your bag, I didn’t pay attention. But they think it was part of some ritual for the dead because they found it in a burial! Like priests getting high and asking the spirits for favors.

APOLLO: Opium is one of the world’s oldest medicinal plants. It’s pain medication. Why would they immediately jump to “religious ritual?” 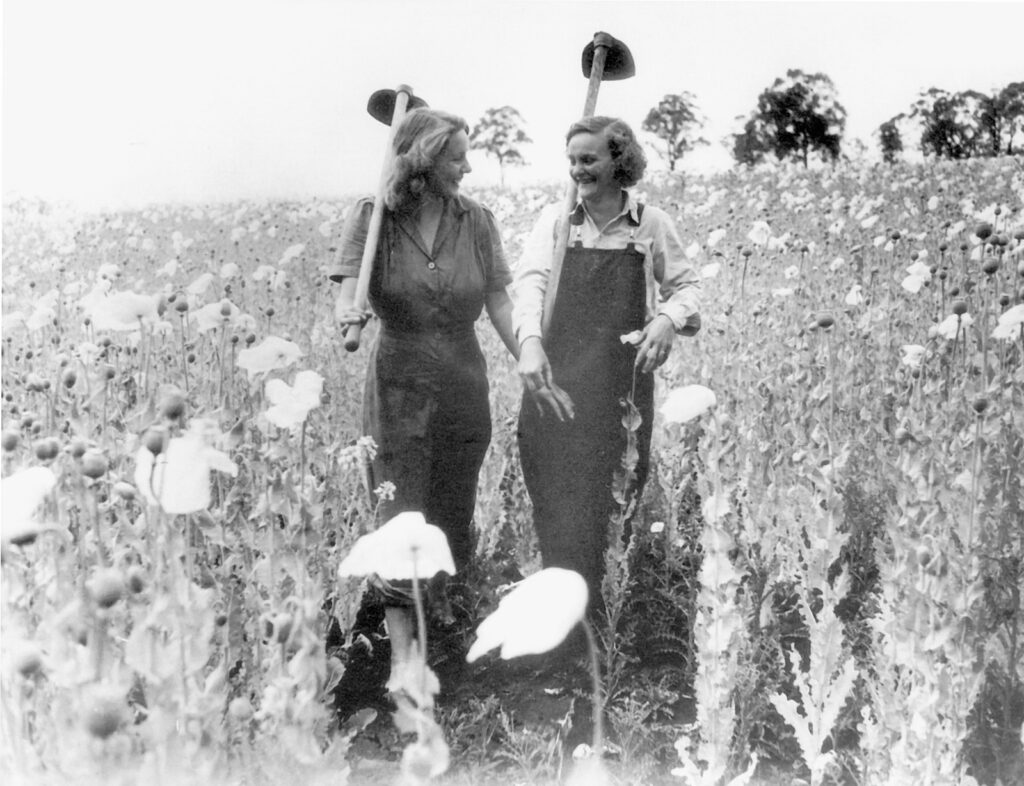 This is a promotion shot of members of the Australian Women’s Land Army growing opium poppies for the war effort in WWII. Further proof that Wikimedia Commons is just the best.

HERMES: I know, right? Some poor bastard gets buried with their bong, and now the mortals are reconstructing some vast religious significance. Anyway, I thought you’d like to know, since you have that whole trippy oracle thing going, and you’re the god of medicine, and the mortals are guessing wrong on both at once. Using science, also your thing!

APOLLO: You flew all the way over here to tell me that mortals combined three things I love into a mess.

HERMES: Yes. That. Write a song about that.

For more ancient medicinal practices, and how they shaped modern medicine, enroll in CLAS-C 210 Ancient Medicine and Modern Terminology, coming up Spring 2023! Or for more exploits of the Greek gods, and how their myths shaped Ancient Greek and modern societies, enroll in CLAS-C 205 Classical Mythology, also coming up Spring 2023, and earn GEC credits while you’re at it! Can’t get enough of Ancient Greece and Rome? Earn a Classics Minor in just 15 credits!