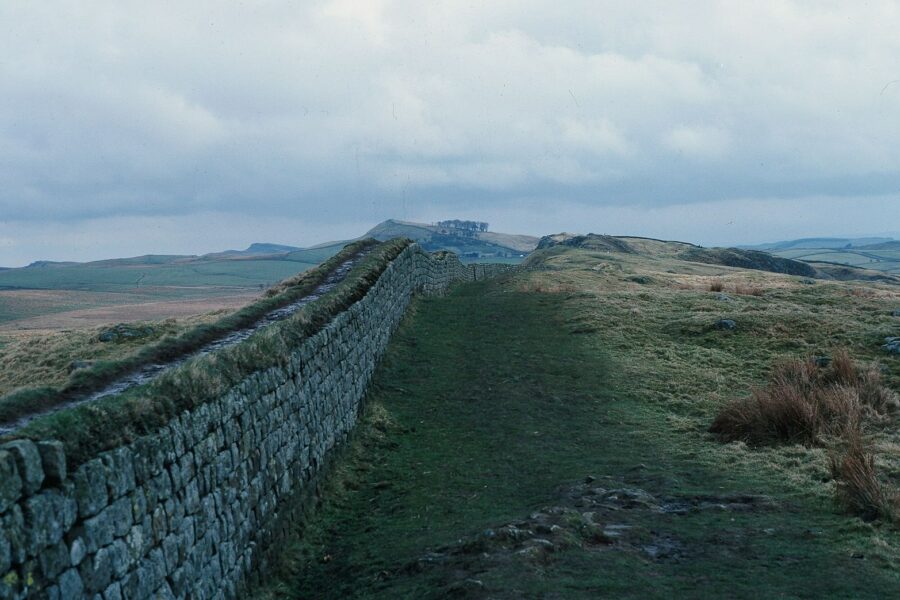 Episode 9: In which Mithras and the Emperor Hadrian discuss lasers, bull testicles, and other dignified subjects.

This episode of Real Housewives of Mt. Olympus brought to you by the latest archaeological news on SmithsonianMagazine.com – and by CLAS-C 361 Roman Revolutions.

MITHRAS, EASTERN MYSTERY GOD FAVORED BY ROMAN SOLDIERS: I have just had word that the mortals are using lasers against barbarian settlements north of Hadrian’s Wall! Quick! Let us gird our loins for the slaughter!

DIVINE HADRIAN, FORMER ROMAN EMPEROR AND PRETENTIOUS WINDBAG: Settle down, ignoramus, it’s not those kind of lasers. It’s a remote-sensing technique called LIDAR. They are using it to locate where people lived north of my wall when the Roman Empire was at its height. That would be during my reign, of course.

BRITANNIA, GODDESS OF THE PROVINCE OF BRITAIN: Are they locating our enemies’ settlements so we can invade and burn their villages to the ground?

HADRIAN: No, the modern mortals seem just pleased to know the settlements exist. Although why they’re surprised by that I don’t know. After all, why would I build a massive wall across the entire island of Britain unless there were people on the other side of that wall to keep out? It’s only logical.

MITHRAS: Don’t look at me. My cult involves a bunch of soldiers getting blitzed drunk in a fake cave, in front of a statue of me stabbing a bull while a scorpion assaults the bull’s testicles, for some reason. Logic isn’t my strong suit. 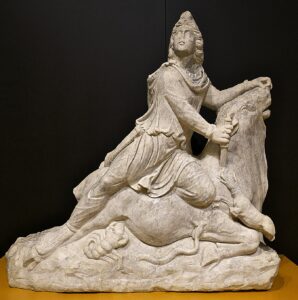 BRITANNIA (shrugs): You’re one to talk, Hadrian. If that logical wall of yours is supposed to keep people out, why does it bother to run along cliff-faces and other impenetrable natural features? And why are there so many damn gates? And why is the fortification ditch on the backside of the wall?

HADRIAN: It just looks better that way! If you had read Aristotle’s writings on aesthetics you would understand.

BRITANNIA: And I’m sure when he wrote that what he had in mind was a big stone wall in a British bog.

MITHRAS: Hey, lay off of my boy’s wall. The mortals can see it from space! That’s metal as hell.

HADRIAN: My wall is stone, not metal, you lout.

HADRIAN: I could have built a wall that big if I had wanted to! I was just busy in Athens and Egypt, educating Antinous. 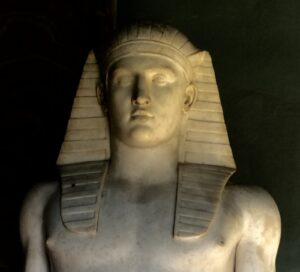 Not pictured: the sort of sculpture you commission if you and the subject are “just friends.”

MITHRAS: Hey, isn’t that your boy-toy you drowned in the Nile so you could gain eternal youth through black magic? That’s also metal as hell.

BRITANNIA: No, the kid was murdered by Sabina, Hadrian’s jealous wife. Talk about relationship problems.

MITHRAS: If you wanted him dead so bad, you should have stood on the top of your wall and shot him with lasers. Pew-pew!

To explore how the Roman emperors and the armies they led shaped history and the modern world, enroll in CLAS-C 387 Roman History, coming up Fall 2024, no pre-reqs or previous experience required. Or for more adventures with the “Three’s Company” drama of Hadrian, Sabina, and Antinous, look for CLAS-C 414 Art and Archaeology of the Roman World, coming up Spring 2024. Can’t get enough of Ancient Greece and Rome? Earn a Classics Minor in just 15 credits!