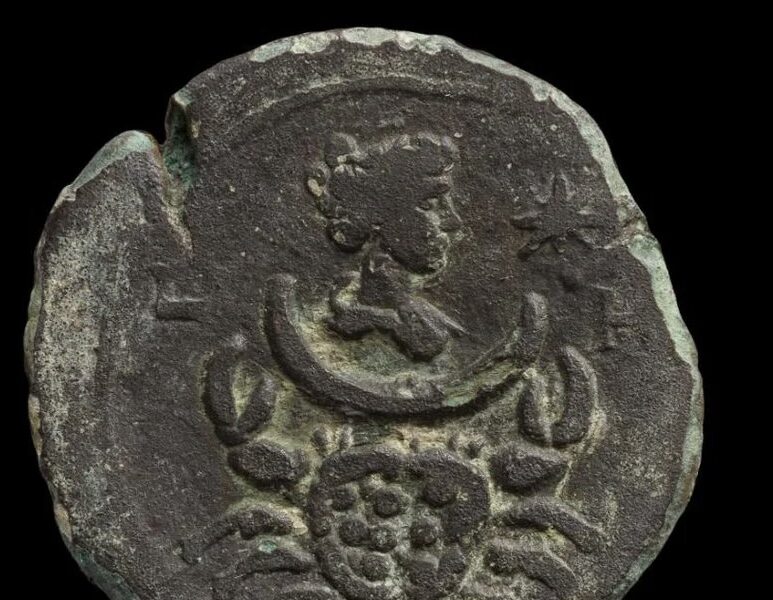 Somehow a crab beat an American woman in the quest to land on a major unit of currency.

Episode 20: In which Hercules once again tries and fails to impress his uncle Poseidon, and there is more discussion of crabs than you might expect.

This episode of Real Housewives of Mt. Olympus brought to you by CLAS-C 102 Roman Culture.

HERCULES, SON OF ZEUS AND FORMER MORTAL: Uncle Poseidon, I bear tidings! I know you told me that mortals rescuing my statue from the bottom of the sea wasn’t a sign they are worshipping me again, but behold! They have done it again!

POSEIDON, GOD OF SEA AND SHIPWRECKS: They found another headless statue of you underwater? How many of those are down there?

HERCULES: Well, no, not another statue. But they did find a sunken hoard with a Roman coin bearing my zodiac symbol on it! Off the coast of Judea! The mortals are very excited.

POSEIDON: They call it Israel now. And I don’t remember you having a Zodiac symbol. What would that be, the Steroid?

HERCULES: Uh, it’s Cancer the Crab. Remember? When I was fighting the dread multi-headed Hydra in the swamps of Lerna, Hera sent a giant crab to pinch my heel, that I might be distracted and fail in my task. But when I felt the monstrous pinch, I kicked the foul creature into the sky, and it has reigned as Cancer ever since. 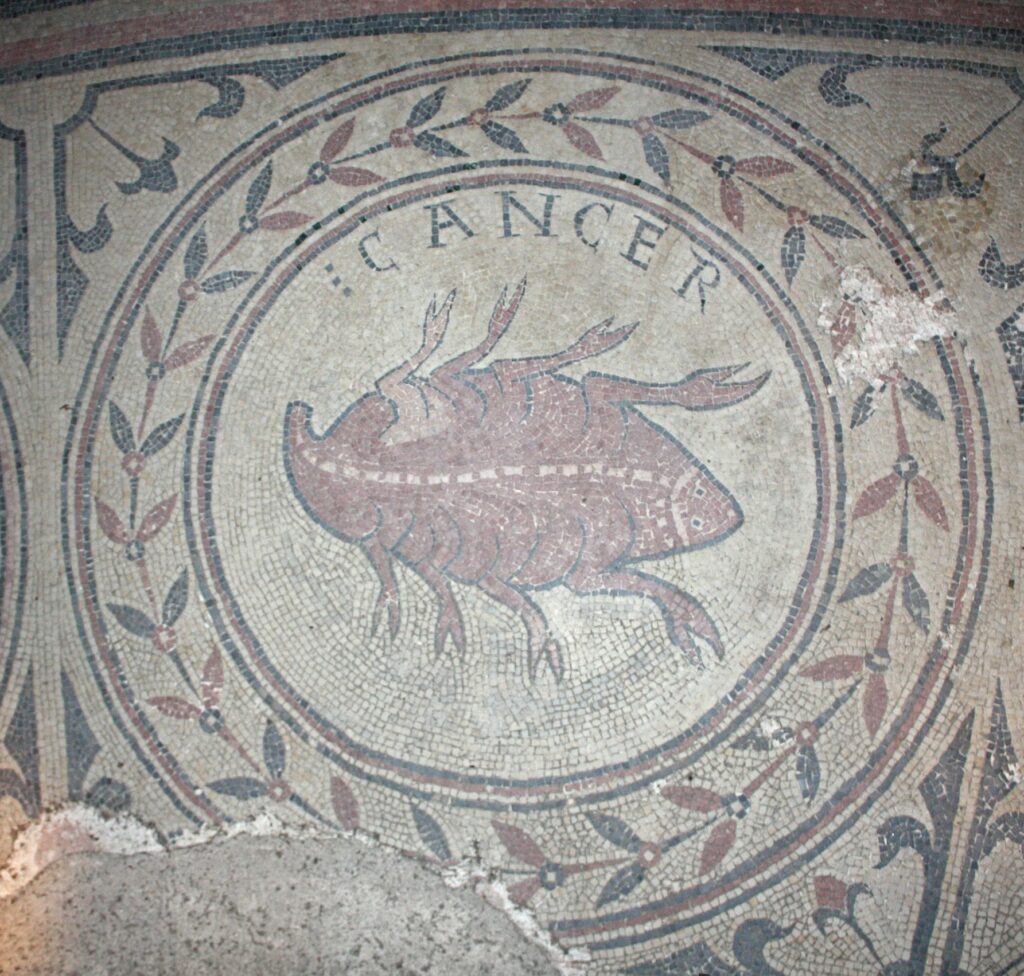 If anyone tries to tell you all past artworks were masterpieces, show them this.

POSEIDON: An irritating crab in a swamp? That doesn’t sound like my sister. She’s more into the Rube Goldberg machine of revenge schemes. Like how she came up with the whole 12 Great Labors thing to try to kill you in the first place. Are you sure you didn’t just step on a crab in a swamp and freak out?

HERCULES: If it were not a great victory, why would they commemorate it as a zodiac sign to rule mortals’ destinies?

POSEIDON: Well, another zodiac sign is fish, and even I don’t think that’s impressive.

HERCULES: You know what? Forget it. I’m sick of trying to impress you. I’m going to go tell Divine Emperor Antoninus Pius about the coin. Stupid thing has his whole face on it anyway.

POSEIDON: Is that why the mortals are so excited? Because again, it can’t be you.

HERCULES: Something about the coin representing religious tolerance in the Roman Empire, probably towards the Jewish people. Honestly, I don’t know what any of that means. I just heard Dad telling Hera about it over breakfast, and then she asked who his tramp was this time, and I got out of there.

POSEIDON: You really need to stick to your fellow divinized mortals, and leave us Olympians alone. Hera catches you listening in on her breakfast, she’ll tie you to the bottom of the ocean with your own guts and let the crabs feed on you. Now that sounds like how she’d make use of a crab.

To explore the multicultural expanse that was the Roman Empire, enroll in CLAS-C 102 Roman Culture, coming up Spring 2023, and earn GEC credits while you’re at it! Or for more adventures of the Greek and Roman gods, enroll in CLAS-C 205 Classical Mythology, also for GEC credits and still available Fall 2022 as a late-start class! Can’t get enough of Ancient Greece and Rome? Earn a Classics Minor in just 15 credits!