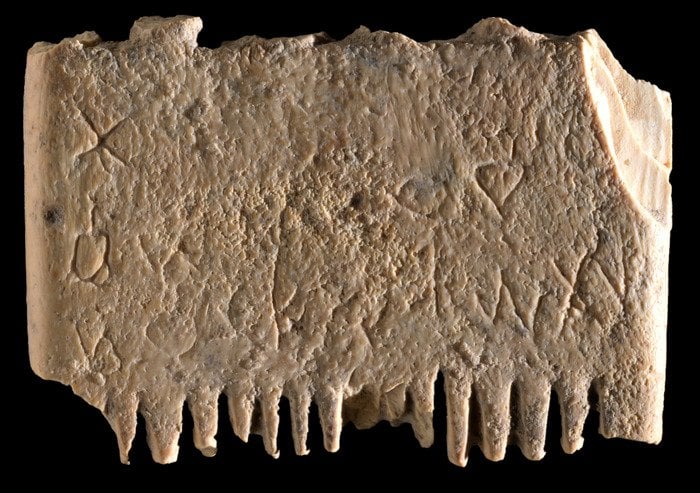 When you study ancient lice for a living, sometimes you find the darndest things.

Episode 45: In which Michael Ventris, Napoleon, and Sir Arthur Evans learn why alphabetic scripts are cool and ancient life was gross.

This episode of Real Housewives of Hades (a Mt. Olympus spin-off) brought to you by the latest archaeological news on SmithsonianMagazine.com – and by CLAS-C 210 Ancient Medicine and Modern Terminology.

MICHAEL VENTRIS, GENIUS WHO DECIPHERED MYCENAEAN LINEAR-B: Hey, Sir Arthur! I was just passing by your grove, and against my better judgment, I decided to stop by see if you had heard the latest news about Canaanite.

SIR ARTHUR EVANS, EXCAVATOR OF KNOSSOS AND HOARDER OF LINEAR-B TABLETS: I’m afraid not. Napoleon and I were discussing the news about Cleopatra’s Tomb. We were debating which nation should get the credit, the British or the French.

NAPOLEON, FRENCH EMPEROR AND HOARDER OF EVERYTHING INCLUDING EUROPE: What about cannons in the night?

VENTRIS: That doesn’t make any sense. Isn’t the news about a modern Egyptian excavation? Neither the British or the French are in charge of Egypt anymore. Also, it’s Canaanite, not Cannon Night. Canaanite is an ancient writing system from the Levant that was the first to use an alphabet. That’s what I came to talk about. They’ve discovered the earliest sentence written in an alphabetic script. 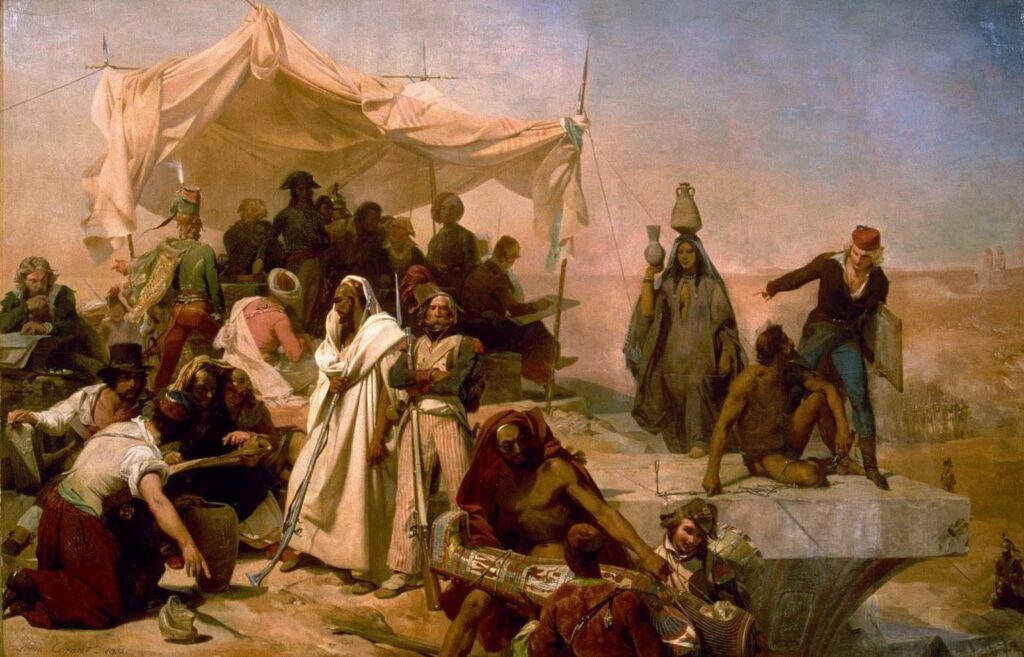 Find me some ancient cannons! Except for you, madame. You stand there with a jug on your head.

NAPOLEON: I think Cannon Night would be an excellent holiday.

SIR EVANS: That is quite the discovery. I have to admit, if Linear-B had been an alphabetic script, instead of a syllabic script, it probably wouldn’t have taken you and I so long to decipher it. Less symbols to deal with. Less chance it was a pictographic script.

VENTRIS: Once again, the main difficulty in deciphering Linear-B was that you were hoarding all the evidence. Most serious scholars had already realized it was a syllabic script, which is how I was able to do the mathematical calculations to start the process of deciphering it. You were the one playing Pictionary with various Linear-B signs.

NAPOLEON: So the first sentence ever written was about cannons? I knew I like ancient stuff. 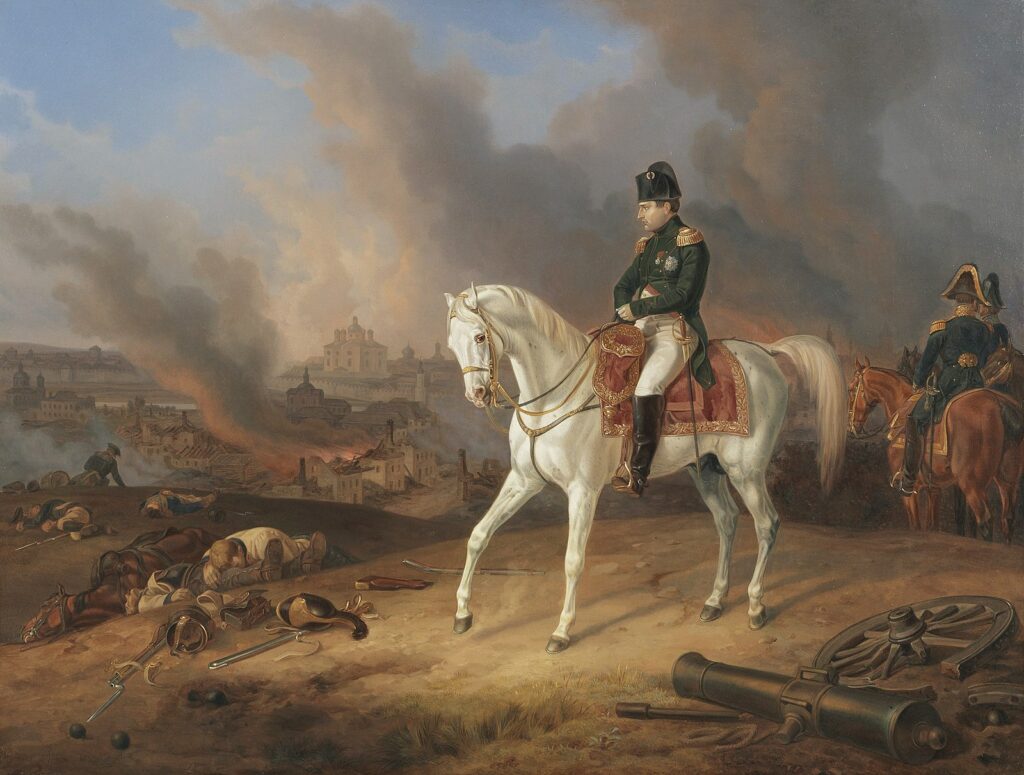 Napoleon, unable to bear the horror, turned his eyes from the shattered corpse of his cannon.

SIR EVANS: No, Napoleon, do try to keep up. It can’t be the first sentence ever written. By the time the Canaanites were around, people in Mesopotamia and Egypt had been writing for thousands of years.

NAPOLEON: Oh. Why do I care then?

VENTRIS: The earlier scripts were pictographic, or logographic, or syllabic. The symbols they used looked like the item they were representing, or they stood for whole words, or they stood for sound combinations. Canaanite was the first to use an alphabetic script, where the symbols stand for individual sounds. An alphabetic script is more efficient and flexible. It allows you to easily differentiate in writing between C-A-N-A-A-N-I-T-E and C-A-N-N-O-N N-I-G-H-T, even though they admittedly sound alike.

NAPOLEON: So they used this alphabet to write about Cannon Night?

SIR ARTHUR: Ignore him. So what does this inscription say? What building did they find it on?

VENTRIS: They found it on an ivory comb, actually.

SIR ARTHUR: Ah, a gentleman’s object. Was it a line of praise about a great king? A prayer to the gods? A love poem?

NAPOLEON: I wasn’t balding. I used combs all the time. My hair was so thick I went through several combs each time I got dressed up for Cannon Night. Anyone who says I was bald, I’ll shoot in the face with a cannon. 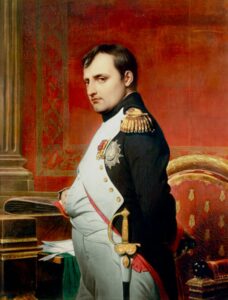 VENTRIS: (staring at NAPOLEON’S receding hairline) Um, the sentence actually says “May this tusk root out the lice of the hair and the beard.”

VENTRIS: That’s not how translating works. And it’s not surprising that even elite Canaanite men had lice. The ancient world was disgusting. They certainly didn’t have cannons, and they weren’t writing about them in Canaanite.

NAPOLEON: What about Cannon Lice?

To learn more about how ancient people tried to maintain hygiene in less-than-ideal circumstances, enroll in CLAS-C 210 Ancient Medicine and Modern Terminology, coming up Spring 2023! To explore how scholars decipher ancient languages, and the politics of who should own what artifacts, enroll in CLAS-A 301 Classical Archaeology, coming next Fall 2024, no pre-reqs or previous experience required. Can’t get enough of Ancient Greece and Rome? Earn a Classics Minor in just 15 credits!