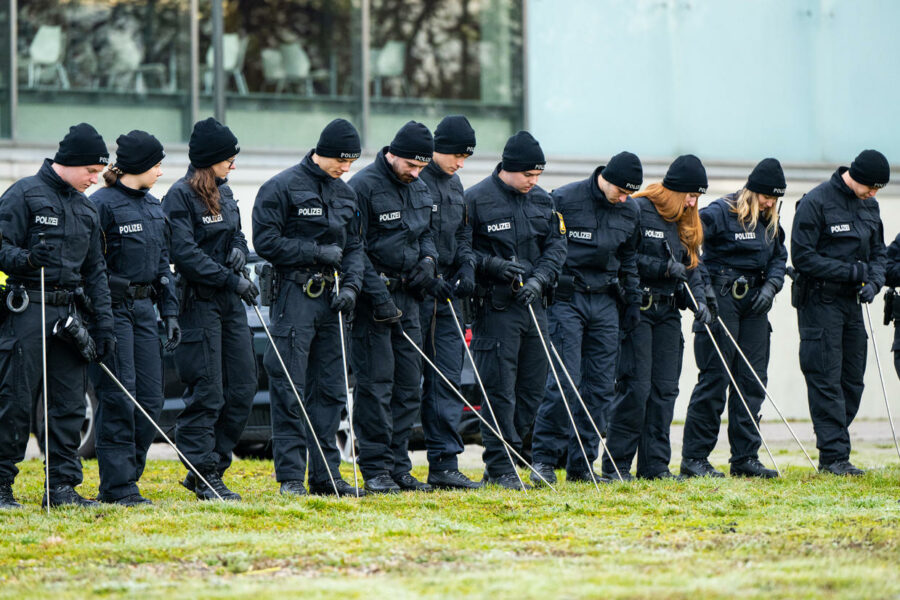 Not ideally how you want to see archaeological survey done.

Episode 47: In which Roma and Mars investigate the robbery of a German museum, and Minerva tries to option the film rights.

This episode of Real Housewives of Mt. Olympus brought to you by the latest archaeological news on CNN.com and CBSNews.com – and CLAS-A 301 Classical Archaeology.

ROMA, GODDESS OF ROME: Minerva, gird your loins. Mars and I need to foray across the Rhine into Germania to recover a trove of stolen gold coins.

MINERVA, ROMAN GODDESS OF STRATEGY: Germany is refusing to repatriate a hoard of gold coins?

MARS, ROMAN GOD OF WAR: No, this time it’s stealing in the most literal sense. Someone robbed a German museum and stole hundreds of ancient gold coins.

MINERVA: A robbery from a major museum? I love a good heist! Such an opportunity for a clever strategy. How did they pull of this heist? Did they have costumes? Double-crosses? Helicopters on the roof? George Clooney? 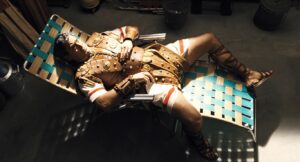 Danny Ocean took the news of the theft particularly hard.

MARS: No, the thieves took a much more direct strategy. According to this scroll, they disabled the alarm system at the power source, walked into the museum, smashed the case, picked up the coins, and walked off.

ROMA: That does sound like a classic Roman military approach for Germania. Cause major destruction, use that opportunity to smash and take things, leave immediately.

MINERVA: Why didn’t the guards stop them?

MARS: Apparently there were no guards.

MINERVA: So, a single-sourced alarm system, no guards, a mound of gold in an easily breakable case. This is shaping up to be the least impressive heist movie ever. Why are you two getting involved?

ROMA: The code name for the recovery operation is “Oppidum.” So I assume they need me to come sack something.

MINERVA: “Oppidum,” as in the Latin term for a Celtic hill fort? Are they going for nerdiest heist movie? I’m not even sure Matt Damon can say oppidium. 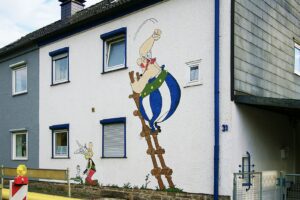 Despite capturing this image from security cameras, police were at a loss to identify the suspects.

MARS: It’s because the coins were originally excavated from an oppidium. The hoard was found under the foundations of a major building in the hill fort. They’re calling the hoard a “war chest of a tribal chief.” That’s what caught my interest.

MINERVA: Why would someone bury their war chest under the foundations? That would mean if they dug it up again, it would not only be super difficult to get to, it could undermine the building’s structural stability. Are the mortals sure it isn’t a votive deposit to appease the gods when the building was under construction?

ROMA: Well, if it was a votive deposit, it isn’t going to work. I’m going to burn the museum to the ground and recover my coins.

MINERVA: Wait, no, the coins must have been found under an ancient building. Which presumably was already burnt millennia ago. Possibly by one of you two. And the coins aren’t even in the museum anymore, remember?

ROMA: Well I have to burn something. People will be expecting it.

MINERVA: How did the Roman coins even get to Germany? Were they for paying mercenaries? The Roman emperors did love a big, blond German mercenary. Maybe Brad Pitt can play one in the movie. And there could be a heist of the Roman payroll! And they could disappear into the Teutoburg Forest!

MARS: Well, the coins were probably minted under a Celtic authority within the oppidium. They’re definitely not Roman, since each coin is shaped like a little bowl, not flat like a plate the way Roman coins are. Why am I suddenly hungry? 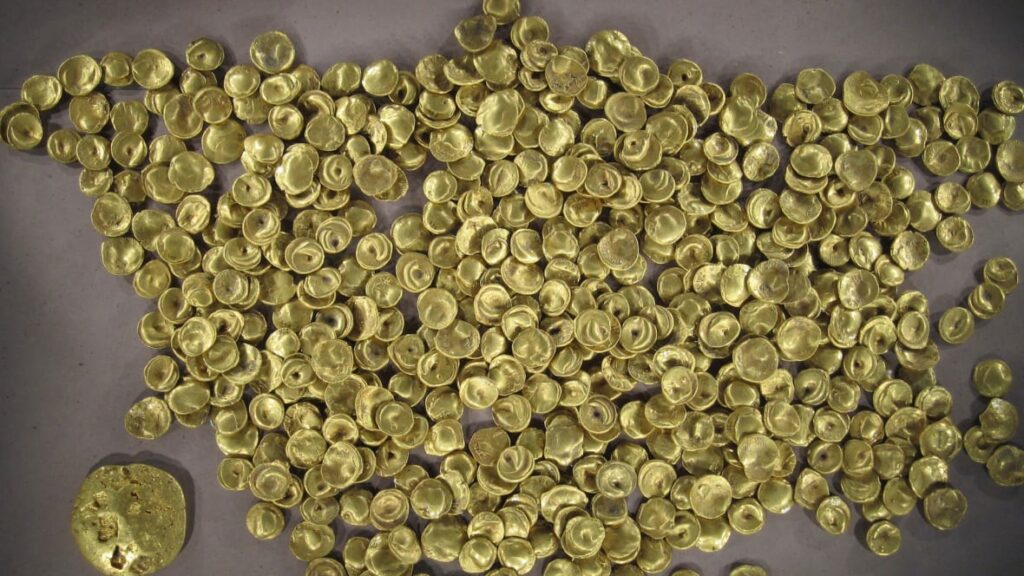 If you see this at your local pawn shop, please call the police, your local Celtic archaeologist, and the producers of Pawn Shop Wars, in that order.

MARS: Yeah, great job there, Miss Military Strategy. I never understood why you got to be in the Capitoline Temple with Mom and Dad. I’m the one that would make sense in that trio.

ROMA: Now we’re burning the Capitoline Temple in Rome? I’m confused, not complaining. Frankly I don’t care what we burn as long as something is burning soon. I have a reputation to maintain.

MINERVA: Give me a break, Mars, like you could ever stay in Rome long enough for it to be worthwhile for them to let you rent a room on the Capitoline. You’re always off sacking something. Speaking of which, Roma, you can’t sack the Capitoline Temple. It’s in Rome.

ROMA: Bitch, please, I’m the personification of Rome itself. I can sack anything, including my own primary temple. I burnt it with Sulla, and under Vespasian, and…

MINERVA (putting on helmet, reaching for her spear): That’s it. Forget the coins, last one standing gets the temple.

Be sure to check in on the continued repatriation adventures of Minerva, Mars, and Roma! To learn more about the black market for stolen antiquities, look for CLAS-A 301 Classical Archaeology, coming next Fall 2024, no pre-reqs or previous experience required. Or to explore how the Romans never met something they couldn’t sack, including and especially Rome itself, enroll in CLAS-C 102 Ancient Roman Culture, coming up Spring 2023, and earn GEC credits while you’re at it! Can’t get enough of Ancient Greece and Rome? Earn a Classics Minor in just 15 credits!