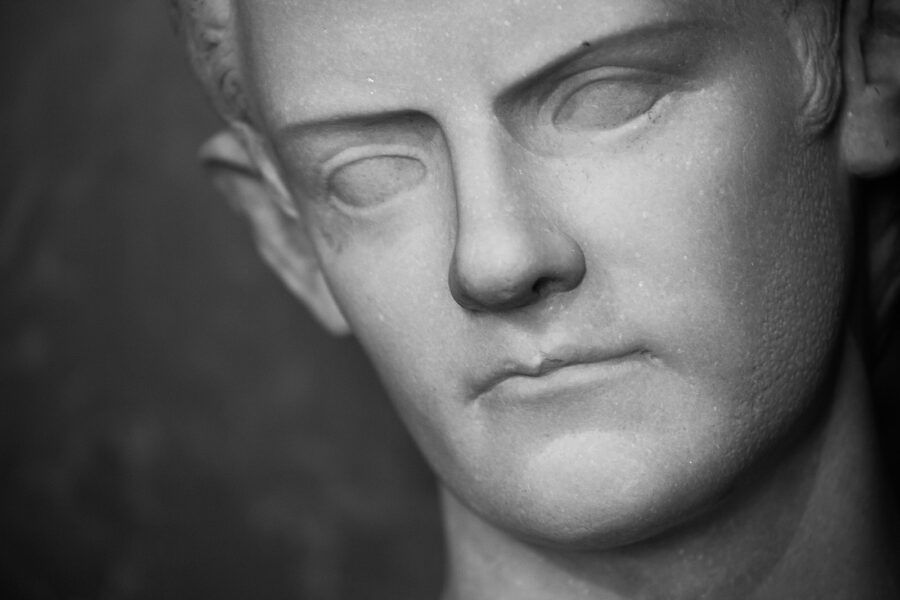 Caligula’s resting-Zoom-face could be a rather intimidating.

Episode 21: In which Nero and Caligula discuss arson, architecture, and Agrippina, and whether burning down Rome is a good idea.

This episode of Real Housewives of Hades (a Mt. Olympus spin-off) brought to you by CLAS-C 102 Roman Culture.

NERO, ROMAN EMPEROR AND NOTORIOUS FIREBUG: Hey Caligula! I just heard about the new museum in Rome for your pleasure gardens. Congratulations on finally getting a little museum all your own. It’s adorable.

CALIGULA, ROMAN EMPEROR AND NOTORIOUS LUNATIC: Yeah, thanks. Don’t you have lyre lessons or something to get to?

NERO: I mean, I know you’ve been jealous for years of my Domus Aurea Museum. It’s not my fault the discovery of my pleasure palace’s ruins inspired the Renaissance. But your museum is nice, too. I think they found some animal bones from your menagerie? Maybe you can inspire a zoo.

CALIGULA: Yeah, you burnt down a quarter of the city to make room for your summer home, very metropolitan. You’re a real Renaissance man. 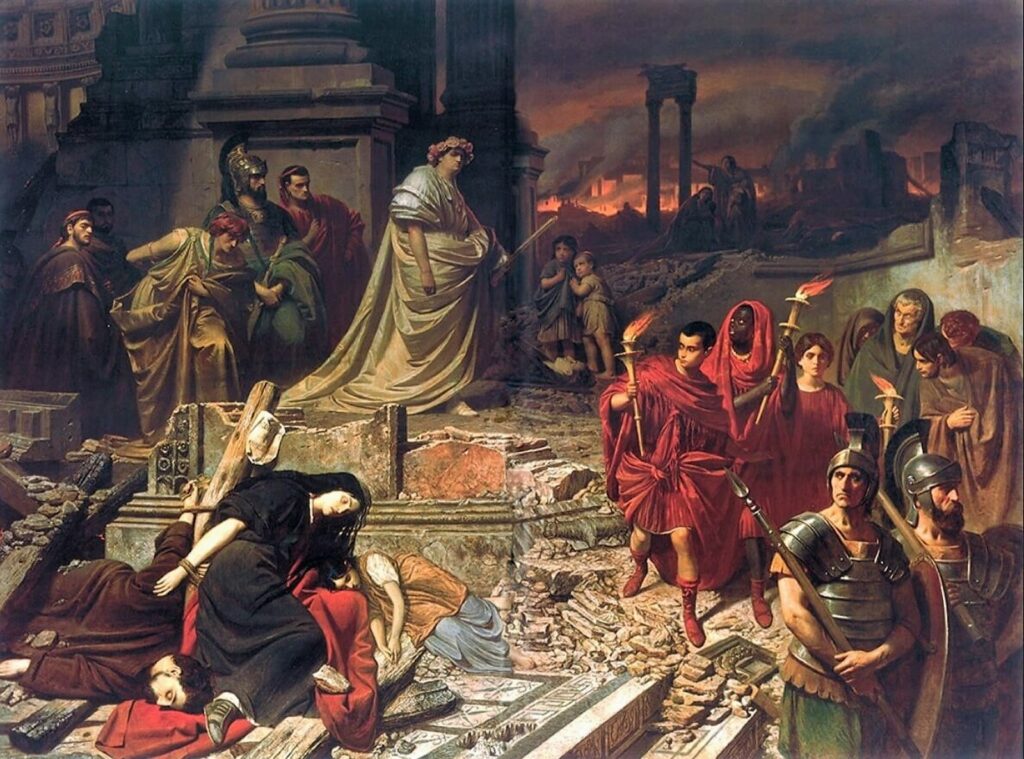 Looking back on it, Nero would wonder if maybe the gigantic flower crown was a tad much, given the situation.

NERO: Allegedly burnt down a quarter of the city. And some of us are just more dedicated to the arts. I couldn’t deprive my people of my exquisite taste in palace design, anymore than I could have deprived them of my glorious singing skills.

CALIGULA: You want to talk palace design? My party palace was a yacht, complete with indoor plumbing. The museum for it was so intense, they bombed it in World War II. Burnt the whole shebang down. Now that’s how you combine epic palaces and epic fire.

NERO: Well, you had to keep your yacht in a lake outside Rome! I made an entire lake inside the city!

CALIGULA: That lake Emperor Vespasian drained to make room for the Colosseum? I’m sure when millions of tourists come to see one of the most famous buildings in the world, they’re all thinking, “I’m really here for the former lake.” 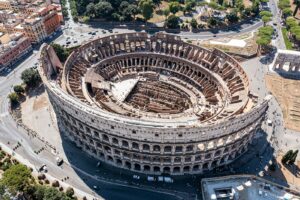 What you can’t see from this angle, but is the real star attraction, is the soggy dirt underneath.

NERO: That’s it! I challenge you to a competition of poetry! We’ll see whose honor emerges unscathed!

CALIGULA: A poetry competition? You’re talking to an emperor whose nickname means “little army boot.” You want a competition, I will boot-stomp your face so far into the mud the mortals will have to excavate it for anyone to see it again.

CALIGULA: I can never believe you and my sister are actually related. Agrippina was made of iron. I’m pretty sure you’re made of dumplings.

NERO (grumbling under his breath): If she’s made of iron, why didn’t she drown when I sank her yacht with her on it?

CALIGULA: What was that?

To explore how very human Romans like Caligula shaped history and the modern world, enroll in CLAS-C 102 Roman Culture, coming up Spring 2023, and earn GEC credits while you’re at it!. Or for more discussion of Nero’s arson, architectural aspirations, and serious mother issues, enroll in our 1-credit “appetizer” courses CLAS-B 312 Plagues, Disaster and Death in the Ancient World and CLAS-B 313 Extraordinary Ancient Women, with no pre-reqs and still available Fall 2022 as late-start classes. Can’t get enough of Ancient Greece and Rome? Earn a Classics Minor in just 15 credits!