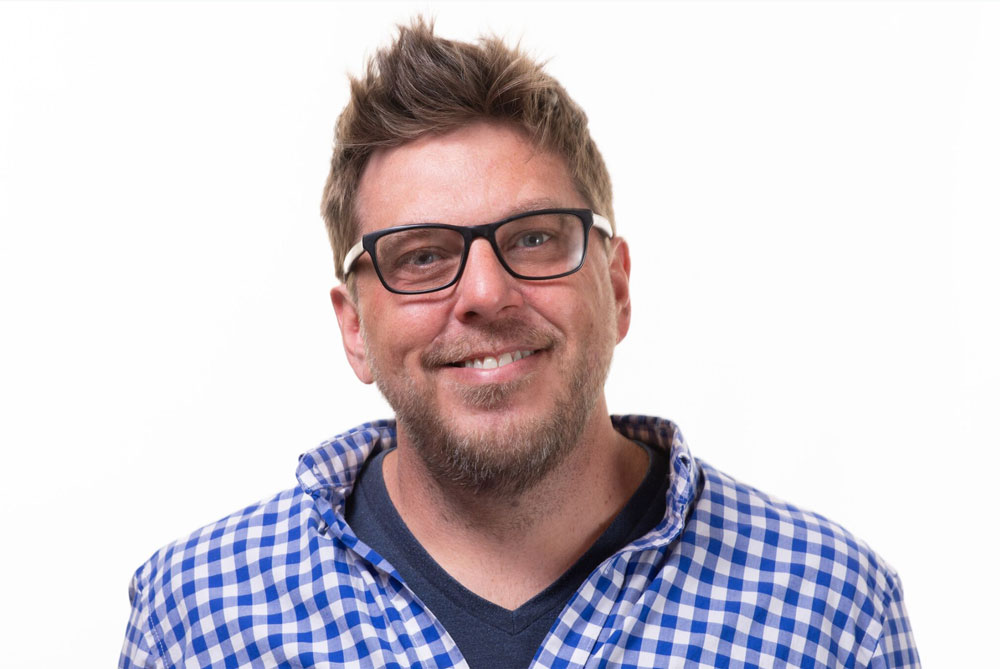 Dan is the Director of Computer Graphics Technology and the Associate Chair of the Department of Computer Information and Graphics Technology in the Purdue School of Engineering and Technology at IUPUI. He holds a BFA in Painting from Indiana University Bloomington and a MFA in Illustration from the Savannah College of Art and Design. Dan currently teaches courses in Illustration, Design Principles, Animation Preproduction, and Self-Promotion.

Dan’s work has been featured in a variety of national magazines and publications, and his work has hung in many group shows, including the ACM SIGGRAPH Art Gallery and the Society of Illustrators New York, Illustration 60 exhibit in 2018. Dan has illustrated five children’s books, developed characters and backgrounds for animated productions, and designed icons and user interface assets. Dan has delivered presentations on illustration, animation preproduction, and the incorporation of design principles with storytelling to national and international venues.

In 2015 Dan contributed concept art, color scripting and poster design for the award-winning 20-minute animated short film Claire & The Keys (Directed by John Ludwick). Claire & The Keys won 8 of 15 “Best of” nominations at film festivals around the world, including screenings in Hollywood, New Zealand, Germany, and London. Claire & The Keys is available now on Amazon Prime.