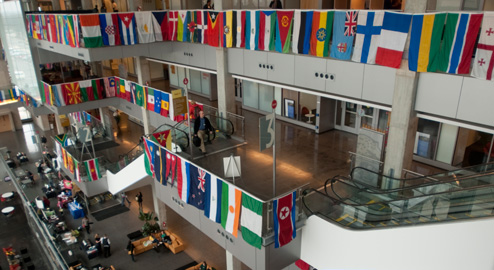 In Fall 2002, the Program in Arabic was reestablished in the Department of World Languages & Cultures due to the increasing student demand and the government need for professional bilingual speakers of Arabic, one of the six official languages of the United Nations. Since then, the Program in Arabic was developed by Dr. Amira Mashhour. It started by offering one three credits section at the beginning level of the language, and gradually grew, offering three levels of the language (Beginning- Intermediate- Advanced). with two courses at each level. In 2008, a Minor in Arabic Language & Islamic Studies was launched followed, in 2010, by an Individualized Major in Arabic. In 2019, the Minor in Arabic Culture & Public Health was offered in collaboration with the Fairbanks School of Public Health.

These adjunct faculty contributed to making the program viable.