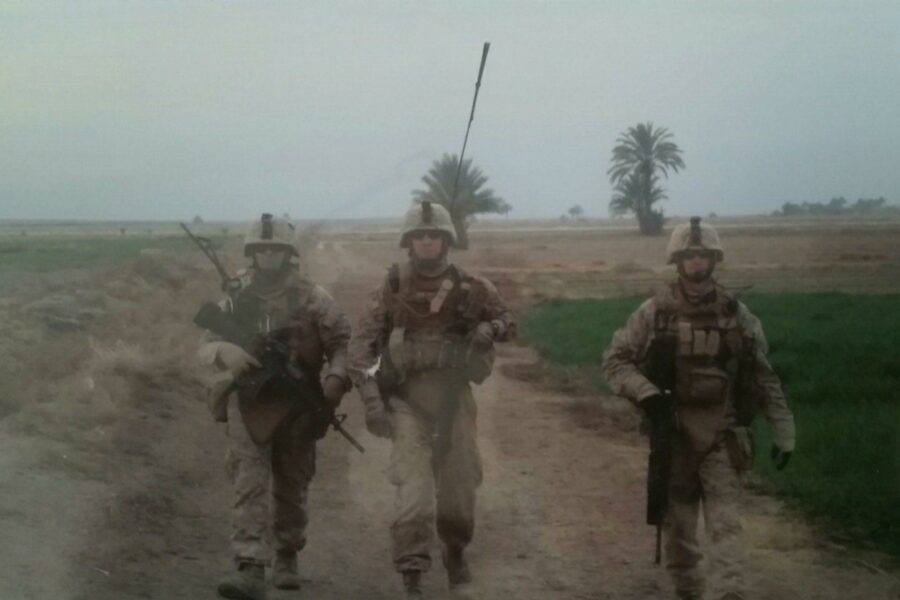 Dr. Amira Mashhour and the Arabic Language Program at IUPUI saved my life in 2013. My name is Stephen Lucas and this is my story.

I left the United States Marine Corps in the summer of 2009 after three combat deployments to Afghanistan and Iraq. Losing friends and being shot at left me hateful, jaded, and an all-around miserable human being. I was blinded by hate, I set out to debunk the entire notion of Islam, and everything associated with the religion. I enrolled in 2012 and by 2013, I had signed up for Arabic language classes and my masterplan was in full swing, or so I thought.

Day 1 of class I sat smugly in Dr. Amira’s class waiting for the opportunity to tear down the tenets of Islam and the entirety of the Holy Qur’an. And then she spoke. She introduced herself and as customary in her classes, she asked us to introduce ourselves and talk about our experiences with Muslims and the Arab world. I thought for sure that my answers to her questions and my “extensive” life experiences would have an effect on her. Wow was I wrong! I saw compassion and pity in her eyes and it really took me aback. How could this Muslim woman, wearing a white hijab, disarm me by practicing what the Prophet (peace be upon him) taught: “O Messenger of Allah! It is a great Mercy of God that you are gentle and kind towards them; for, had you been harsh and hard-hearted, they would all have broken away from you” (Qur’an 3:159).

Long story short, Dr. Amira was able to eventually tear down the walls of hate and frustration that I had harbored and built up for so long. I absolutely fell in love with the Arabic language and I was able to see Islamic culture from a different standpoint. I became the Arabic Club President and retained the post for two years. We held events that focused on American veterans and Middle Eastern exchange students and talked about our shared experiences during the Global War on Terrorism and how from different perspectives, the war affected each of us. My two best friends are from Saudi Arabia and Oman. I was invited to speak at ISNA (Islamic Society of North America) to a mosque full of Muslims and tell them my story and how their language had affected me for the better. Dr. Amira and her husband were the guests of honor at my wedding and she has become like a second mother to me. She is solely responsible for turning my hate into compassion, my confusion into clarity, and in the end, she gave me something to live for again.

The program itself is absolutely second to none. I went from being able to speak a few words and phrases to being able to read the Holy Qur’an. It will take hard work and dedication but if I can do it, trust me anyone can. I have used Arabic in different parts of the world for work speaking Arabic to different Muslim nationalities. The program works and I am one of the lucky ones who was able to benefit from it. I am a vastly different and better person because of it. Thank you once again Dr. Amira for everything that you have done and continue to do!