Sociology Club’s Walk Out of the Darkness Campus Walk 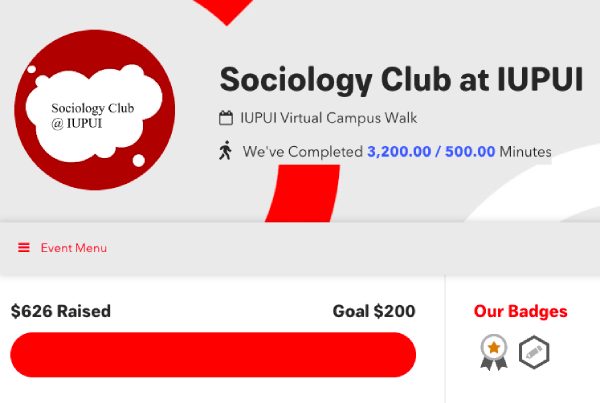 This Spring, IUPUI participated in The American Foundation of Suicide Prevention’s Walk Out of the Darkness, a campus walk and fundraiser. Campus walks are important to the American Foundation for Suicide Prevention (AFSP) because it is “designed to engage youth and young adults in the fight to prevent suicide, the second leading cause of death among people ages 15-24.”  Pre-pandemic, a walk like this would be an in-person event or a 5k, however for Covid restrictions and social distancing, we held a multi-week virtual walk instead. This meant all teams and individual participants had to log activity minutes along with raising money for donations. Logging activity replaced the physical element to a normal campus walk. This activity could be anything from walking, meditating, dancing, working out, or having a conversation about mental health and suicide prevention.

Our team, the Sociology Club at IUPUI, surpassed our donation and minute goals. Our goal was to raise $200 and log 500 minutes. Our small team consisting of 6 Sociology Club members raised $626 in donations and 3,200 minutes logged. Many of us joined and are passionate about the Walk Out of the Darkness because we have a connection to the cause. I asked some of my team members why this foundation and walk is important to them, here are their responses:

I, like my teammates, have a personal connection with suicide and want to help support the American Foundation for Suicide Prevention so they have the opportunity to prevent suicides and support those who are affected by suicide. I owe a huge thanks and congratulations to the Sociology Club team for surpassing our goals; and also IUPUI as a whole, for raising $5,881 for the cause.

If you or someone you know is struggling with thoughts of suicide or have lost someone to suicide there are resources available through the American Foundation of Suicide Prevention and on-campus resources through CAPS. 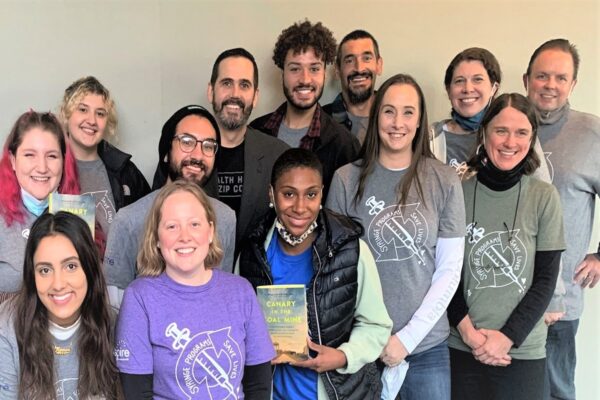 Inspiring Voices of Hope and Healing from Indiana’s Opioid Crisis and the Largest HIV Outbreak in Recent US history.