About Us PoliSci Blog Students/Alumni What has America Failed to Hear?

What has America Failed to Hear?

Posted on June 18th, 2020 in Students/Alumni by Joselyne Whipple 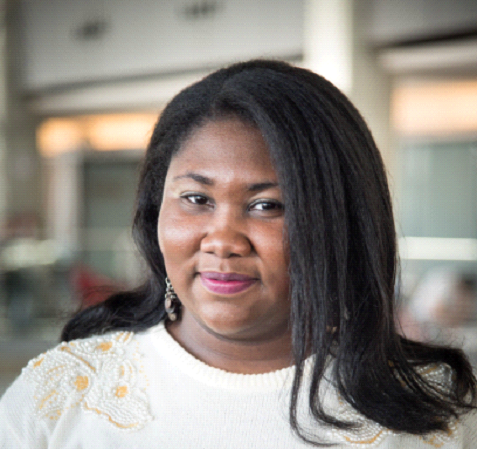 “A riot is the language of the unheard…Our nation’s summer riots are caused by our nation’s winters of delay.”
– Dr. Martin Luther King, “The Other America” (Stanford University 1967)

Dr. King is one of the most iconic civil rights leaders that I have looked up to. As a child, I remember reading his most famous speech “I Have A Dream.” Since then, Dr. King’s words have continued to be an inspiration and illumination while my community— the African American community—is constantly surrounded by death and oppression. Many African American youth have fallen into despair and mounting frustration because this great nation has failed to hear their cry for life, equality, and liberty. With new technological advances, cellphone videos now illustrate these two Americas referenced in Dr. King’s speech.

In light of the deaths of Amaud Aubery, Breonna Taylor, Dreasjon Reed (Indiana), and George Floyd, my parents, both educators, had another conversation with me and my three siblings about police interaction and racism. My brothers are 9 and 13, while my sister is 16. At this point, our parents will not let us out of the house for concern for our well-being amid COVID-19. As my family discusses these daily killings and riots of today, I realized not much has changed since 1967. African Americans are still being killed with impunity, fighting for economic equality, reparations, and the right to vote. In addition, the myth that racism was the South’s problem has been obliterated. These unfortunate deaths provide a strident reality that racism is deeply rooted in both the North and the South.

Riots are the consequence of America’s backlash against those who have held her accountable to this sacred creed— all men are created equal and with unalienable rights. Demands for accountability and reform are met with empty promises of peace and justice. Police brutality, redlining, all forms of voter suppression, and underfunded school systems are repressive actions that have caused this uproar. When Colin Kaepernick took a knee, many were concerned with preserving the status quo instead of dealing with why he was kneeling. Kaepernick lost his job shortly after. It seems as though non-violent actions are met with swift vicious returns.

Fellow Americans, let’s not participate in denying justice. While I condemn rioting, I recognize the importance of understanding why it started. Time and silence will not resolve racism. Instead, both are allies of social stagnation. Evil cannot stand alone and must be confronted at all costs. Despite America’s failure to hear the plight of African Americans for life, liberty, and the pursuit of happiness for all, I remain optimistic for a brighter future. Dr. King’s dream is now mine to fight for.

Joselyne Whipple is a Department of Political Science alumna, with minors in Philosophy, Public Policy, and Africana Studies.