About Us PoliSci Blog Students/Alumni Sydney Kadinger thanks IUPUI

Posted on October 31st, 2019 in Students/Alumni by Sydney Kadinger 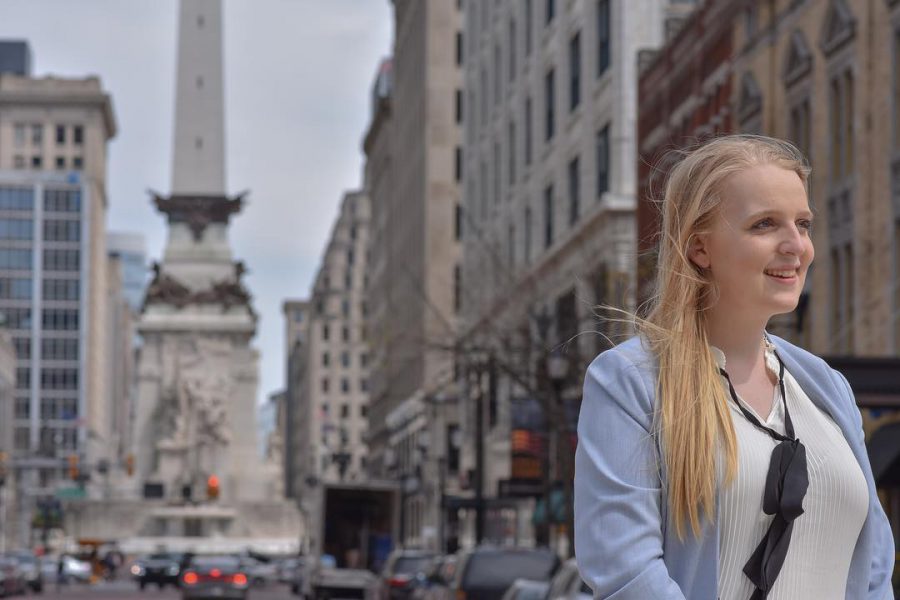 As of Saturday, May 11, 2019, I became a college graduate. This exciting milestone had me reflecting on the last four years of my university experience, which I was fortunate enough to spend at IUPUI. When people talk about that “feeling” that you get when you visit a college campus – the one where it just feels 100% right – is how I felt when I first toured IUPUI. Looking back, I can’t imagine spending my undergraduate years anywhere else. I have made lifelong friends, created terrific memories both on campus and off, and I found my passion for political science.

I did not initially start as a Liberal Arts major. I, like 3/4 of college students, switched my major. While mine was especially inspired by a Netflix original series (House of Cards) the professors, course work, and fellow classmates solidified my decision to study political science.  The classes I took at IUPUI ignited a curiosity to learn, debate, research, and educate myself about our nation and the rest of the world. Whether it was an Introductory to Theory course or a specialized Voting, Elections, and Public Opinion class, my coursework continuously challenged me to discover different aspects of the political world. 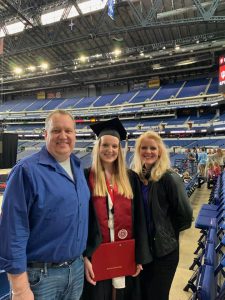 Choosing political science allowed me to explore different branches of politics and social science. The legal studies courses were where I found my passion for law and made some of my absolute best friends and memories.  I joined the Mock Trial Team at IUPUI during my sophomore year, and it was one of the best decisions I have ever made. The practices, travel, competitions, and celebrations with my team are priceless memories. The legal studies track also pushed me to my next education path – attending IU McKinney School of Law this upcoming fall.

With the flexibility of the political science degree, I gained valuable experiences in the professional world. During my spring 2018 semester, I had an incredible opportunity to work and study in Washington, D.C, where I was an intern in the U.S. House of Representatives. That next year, I was fortunate enough to get an internship with our Indiana State Senate. On campus, I attended several symposiums, where I could listen to the stories, struggles, and advice from real leaders in the field. In some of my classes, my professors would set up video meetings with various political scientists across the country so we could engage in a dialogue and gain a deeper understanding of our material. It was while I was experiencing these real-world moments that I found what I wanted to do with my career. It allowed me to discover my passions and push me towards a career in government relations.

Choosing Political Science at IUPUI was a fantastic choice for my undergraduate career and beyond. Not only did I make lifelong friends, but I am incredibly set up for a career post-graduation! I cannot thank the professors and staff at the School of Liberal Arts enough for helping my classmates and me flourishing in our studies. Thank you, IUPUI for everything!