Political Science Alumnus on His Time at IUPUI

Posted on July 1st, 2020 in Students/Alumni by Eric Virden 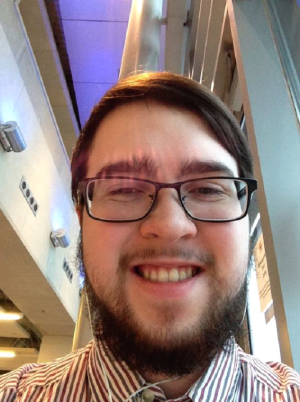 Political Science and Me

When I was in elementary school, I loved reading books from R.L. Stine’s Give Yourself Goosebumps series. The books were designed to make the reader the protagonist and allow them the ability to choose how the story went. Though some choices were more important than others, all ultimately had some impact on how your story ended. Looking back at the four years I spent as a student at IUPUI, I am struck by how similar my path was to the stories I read as a kid – minus the horror.

I started my story at IUPUI by selecting political science as my major. For me, it was not a hard choice. My interest in politics began in the 5th grade and grew exponentially over the years. What did give me pause as I began my college years was what direction I would pursue within political science. Sure, I would take the required courses that I had not already gotten credit for thanks to AP classes in high school, but what then?

Given that a significant number of the credits necessary to obtain a degree in political science are up to the student’s discretion, so long as they are within or related to the field of study, the path I took would largely be one of my own choosing. As such, I pursued classes that engaged my interests, expanded my knowledge of politics, and increased the number of skills I would have upon my graduation from college. These included courses which dissected policymaking, connected politics with the law, and even explained how political institutions are understood in the world of political science. 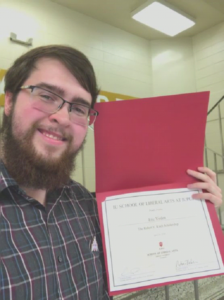 The only predicament I would regularly face was having to limit my schedule to what I believed was manageable. Yes, one could choose to stack up their courses in an effort to take all the classes they are interested in or to save money, however one must be careful when doing so. Just as one can have too full of a dinnerplate and be filled with a night of regret after overeating, an individual may select too many courses and in doing so adversely impact their sleep schedule, stress levels, and grades. This is not to discourage readers from making their own choices, but instead an attempt to impart a takeaway that I felt helped me throughout my four years at IUPUI.

My story at IUPUI did not always go the way that I planned or expected it to go. My minors changed, my schedule shifted from time to time, and my long-held plans for an internship were greatly disrupted one year, only to be restored the next. So, to all my successors I have one final piece of advice: enjoy your journey. In all likelihood, it will differ from mine and from those who succeed you. But that’s okay, because you are the protagonist of your own story and you should proceed as you see fit. Just try not to give yourself too many goosebumps.