Political Psychology from IUPUI to the University of Amsterdam

Posted on September 16th, 2019 in Faculty, Featured by Amanda Friesen 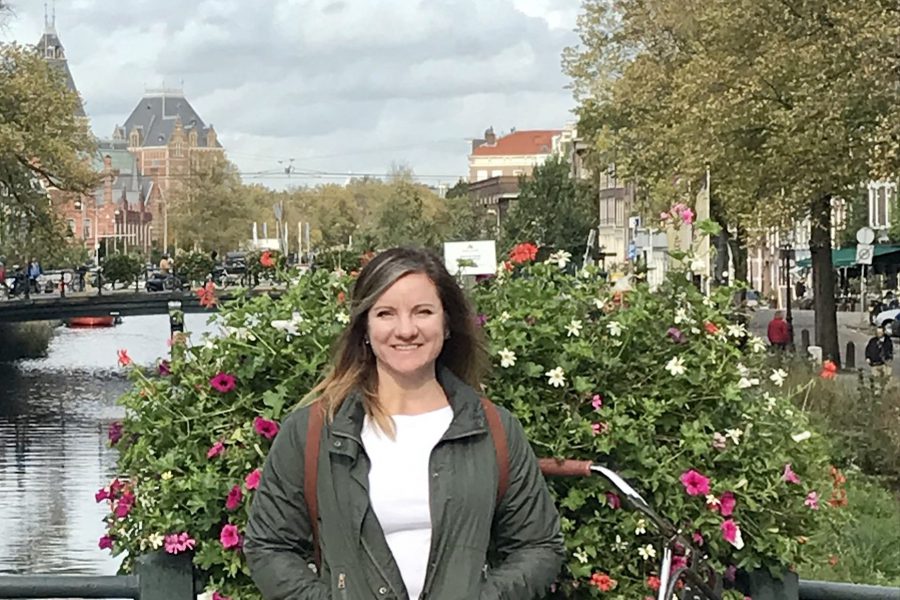 Prof. Amanda Friesen is spending her first sabbatical at IUPUI as a Visiting Scholar at the Amsterdam Research Centre for Gender & Sexuality and University of Amsterdam Challenges to Democratic Representation group. Prof. Friesen is a political psychologist with a special interest in how individual personality traits, gender identity, and personal/political networks influence political engagement. Most of her research focuses on the American context, where she has found that women are more likely to avoid conflict, and political disagreement can reduce women’s political engagement. In the American two-party system, politics are conflictual and polarizing, which may result in women’s lower participation. What happens in The Netherlands, which is structured for agreement rather than competition in a very tolerant culture? Will women be just as interested as men in engaging politically? Prof. Friesen hopes to answer these questions by studying and learning about Dutch politics from her University of Amsterdam colleagues and launching several research studies to examine gender dynamics in Dutch political life. In addition, she will give talks at several European universities, present at the Danish Political Science Association meeting, and further build out her network of collaborators, co-authors, and colleagues as she pursues research in a comparative context.

Prof. Friesen is Associate Professor of Political Science and Women’s Gender & Sexuality Studies and Project Director for the Center for the Study of Religion & American Culture at IUPUI. Prof. Friesen has established an emerging international reputation as a political psychology scholar with expertise in gender, religion, and biology. Her research centers on exploring the origins of political orientations – from policy preferences and ideology to political interest and participation. She researches and teaches about the intersection of gender, religion, and personality with political engagement, using psychological methods and theory to explore these domains. Dr. Friesen’s Google Scholar profile is located here. She has published more than 20 peer-reviewed articles and book chapters and serves on the Politics & Religion journal editorial board. Her work has appeared in Political Behavior, the International Journal of Public Opinion Research, Social Science Quarterly, Politics & Gender, and Politics & Religion.