About Us PoliSci Blog Uncategorized Police Homicides: The Terror of “American Exceptionalism” 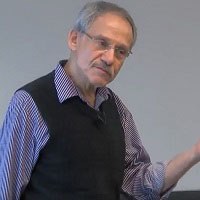 Our friend and colleague Robert Aponte, in the Department of Sociology, passed away earlier this year. Robert was a tireless social justice scholar and he finished his final piece, co-authored with Sociology graduate student Hannah Hurrle, just 10 days before passing away.

We celebrate his research and want to share this final work with everyone:

Police-on-civilian homicides have become a critical social issue in the US in recent years due to newly emerging information on the parameters of the problem and the often egregiousness of the killings. Key to the heightened attention is the increasingly widespread recording and sharing of these gruesome killings via cell-phone cameras, social media, and police cameras. Particularly disturbing is the virtual impunity from sanctions accorded nearly all such shooters, along with the startling frequency of the shootings in the US, as compared with other advanced societies. 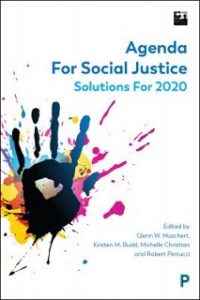 Over 1,000 persons have been killed by police annually in the US in recent years, with nearly all shot to death, and the remainder tasered, beaten, or otherwise slain. In the first 24 days of 2015, 59 persons were killed by police in the US, whereas only 55 persons were correspondingly slain in the UK in the last 24 years. Similar imbalances exist compared with other advanced nations (e.g., Germany, Japan, Canada, France, and Denmark) in both absolute and relative numbers. While a proportion of the US shootings may have been justified (e.g., suspects pointed weapons or shot at police), most involved lesser provocations and the vast majority could have been avoided if the developing de- escalation techniques had been employed.

Although more Whites than Blacks are slain by police, the role of racism in the killings of many Blacks is evident from their substantially disproportionate numbers, and from the comparatively trivial nature of their provocations. Overall, Blacks are between two and three times as likely to be killed than Whites. Latinos/Native Americans are also disproportionately slain, though at lower rates than Blacks. But the problem goes well beyond racism. Non-Hispanic Whites in the US are still 26 times as likely to be killed by police than citizens in Germany of any race or racial background. The greater probability of Whites getting shot in the US is consistent with data on police shootings in other advanced nations – civilians are far more likely to be shot in the US.

Continue reading by downloading the pdf for free here.