Posted on November 7th, 2019 in Students/Alumni by directories 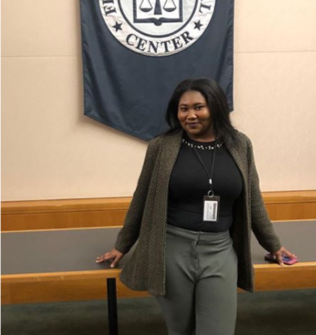 Greetings! Currently, I’m a senior in Political Science with the following minors: Africana Studies, Philosophy and Public Policy. I’d like to share with you some of my experiences while living in Washington D.C. for four months. Despite the government shutdown, luckily, it became an opportunity for me to acquire two internships. I was able to attend the Women’s March, visit the United States Supreme Court (SCOTUS), and even see the Obama portraits. As it pertains to my research on Black Lives Matter (BLM), Say Her Name (SHN), and Mothers of the Movement (MOM), I was able to experience an all women led protest. After reading this post, hopefully, you will consider a D.C. internship as a part of your undergraduate journey. The Political Science department has their own D.C. program and would encourage you to apply. Not only did I get the opportunity to work in both the private and public sector but discover my intense enthusiasm for law. I fell in love with the city’s rigorous pace of life, culture, food, and voracious drive.

Internship Experiences- Barnes and Thornburg and The Federal Judicial Center

Prior to the coming to D.C., I secured my internship with the Federal Judicial Center (FJC). The FJC is the research and education center for the Judicial branch. Three days after moving into my apartment, I was furloughed. My first inclination was to panic. After a successfully acquiring an internship with Barnes and Thornburg law firm, my self-assurance was strengthened. The firm taught me the basics of how firms operate, the importance in developing good relationships with clients, and the meticulous nature of providing consistent work. The staff and attorneys took time to answer my questions and share their accrued wisdom in the profession.  In addition, the FJC provided a wonderful representation of the public sector within the judiciary. Within the agency, I worked with the Management Professional Development Education (MPDE) group, a subdivision of the Education division. Learning about the different styles of management and how it can be applied to the court room expanded my knowledge about the internal workings of this branch. Also, it strengthened my organizational skills while exposing me to the culture of the branch. Most importantly, this internship helped to decide if working for the government should be an ultimate career goal. Below is a picture of me at the FJC.

Currently, my research focuses on the imagery of black women and how it benefits or harms the black community in their quest for racial justice and equality. I study the role of images in Africa American liberation and to compare and contrast previous counter-images with new images that are emerging in the Black Lives Matter (BLM), Mothers of the Movement (MOM),the Say Her Name Movement (SHN),and their resistance to police brutality, stereotypes, and the disregard intersectional influences. I wanted to see how well BLM, MOM, and SHN overlapped with the goals of the Women’s March. Attending this protest gave life to the articles and books read over the past months. It allowed me to connect with my research on a personal level, giving me insight as to how Black women and girls are affected, presence, and prominence in leadership. 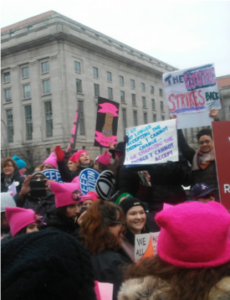 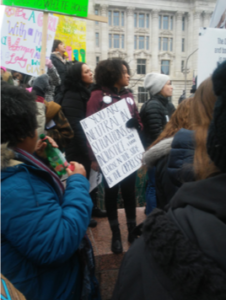 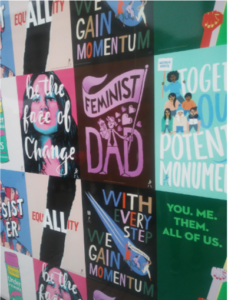 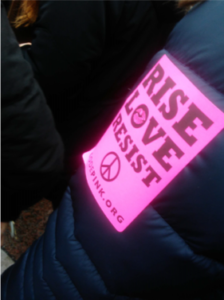 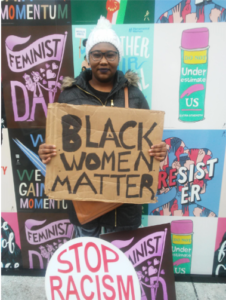 Visiting SCOTUS- The Supreme Court was much grander than imaged. I wished that there was enough time to look up the case. It would have been easier for me to follow the oral arguments. However, seeing all the justices was a marvelous and rare occasion. Surprisingly, the justices were relaxed. Compared to the Senate and the House, I dare say that the Supreme Court was one of the most relaxed chambers ever encountered. I believe this was due to not having any forms of media present. (Pictures: The Court, Thurgood Marshall, Sandra Day O’Conner) 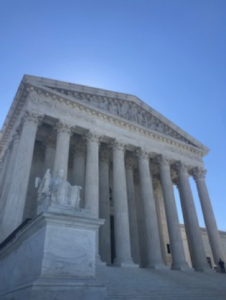 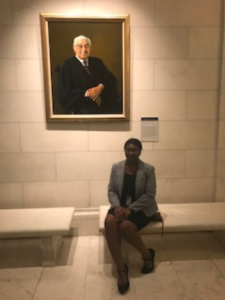 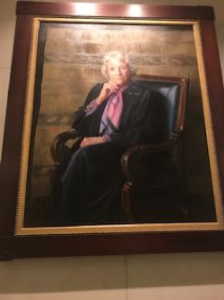 Visiting: Portrait Gallery –I needed to see the Obamas for inspiration and encouragement. You cannot see everything in one visit. Each visit, there’s something new to see. It did not take me and group of peers long to find President Obama’s portrait. I was able to get in the line before it got any longer. The portrait was amazing to see in person. The detail and color were impeccable. Mrs. Obama’s portrait was on the next floor and it was worth our while. I liked Mrs. Obama’s portrait better. Tony Morrison, Beyoncé, and LL Cool J were also in the same room! The last highlight was a portrait of the four female justices in SCOTUS. I did not think such a portrait existed. In the portrait, there’s shadow. Maybe the shadow is a nod to another future female justice. Below are some pictures I took while there. (The Four Justices, Former First Lady Michelle Obama, Former President Barack Obama). 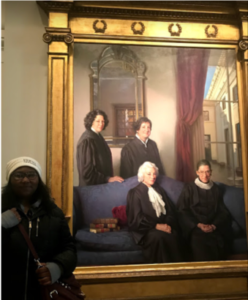 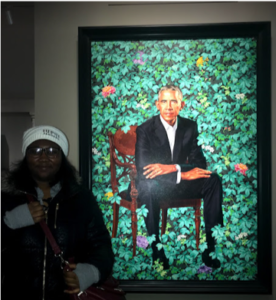 What’s next?  I’m working on expanding and publishing my research. It is my hope that it will facilitate the review of discourse in social media concerning the effects of intersectionality (i.e. race, gender, and sexuality) on the definition of citizenship and symbolic illustrations of citizenship for Black women. Next, I am looking forward to being among IUPUI’s first in the POLS (Politics, Opportunity, Leadership, Social Entrepreneurship) D.C. program for Spring 2020! Lastly, After graduating, I will be attending law school. Both criminal and civil law are an interest. Hopefully, I can choose between the two.