IUPUI Professors Weigh In on the Ukraine War 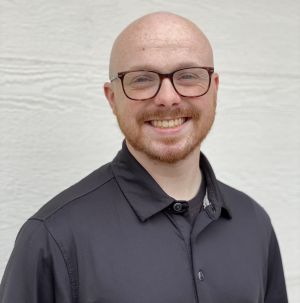 IUPUI Professors Weigh In on the Ukraine War

Russia invaded Ukraine on February 24, 2022. In the days that followed, IUPUI students began to learn names and places that never left their mouths before.

These names and places are nothing new to Scott Pegg and Andrew McFarland, both political science professors teaching IUPUI students this semester.

Pegg is a former department chair of the Political Science Department and is currently teaching an international relations class. He will be teaching “War and International Conflict” next semester.

Pegg teaching war and conflict next semester was just a coincidence. “When we made the schedule,” he said, “I had no idea this war would happen,” Pegg says.

Pegg is also an expert in natural resource management. He discussed what most students see personally, the rise in gas prices.

“Yes, this has led to a spike in oil prices,” Pegg says, “but there were a lot of underlying dynamics in the oil markets before this.”

Pegg said that the pandemic led to a rapid decrease in oil, and the world rebounded much faster than the industry had expected. The oil industry is also worried about the move to renewable energy.

Pegg spoke specifically about renewable energy, “It has interfered with the normal functioning of the oil markets,” Pegg says.

McFarland is a professor located at IU Kokomo but is currently teaching Russian history online for IUPUI students. McFarland is an expert in both Spanish and European history.

McFarland knew students had questions, and he created a special discussion board on Canvas just for that. Students asked if World War III is on the horizon.

McFarland tries to alleviate those fears about a new World War, “I think the West is going to be too cautious about direct confrontation for World War III to happen,” McFarland says.

McFarland does note, however, that the current conflict does silhouette the Cold War. Putin has said the nuclear option is open.

“What we are seeing from Putin is brinkmanship, the old Cold War diplomacy where you get the other side to back down by convincing them you really will use your nuclear weapons,” says McFarland.

McFarland says that NATO leaders understand that once fighting begins between two nuclear powers, it is very difficult to keep the nuclear option off the table.

“This is a good reminder that history is not over,” McFarland says.

Christopher Claffey is a Journalism major with a minor in Women, Gender, and Sexuality Studies.