Posted on May 13th, 2021 in Faculty, Teaching by Aaron Dusso 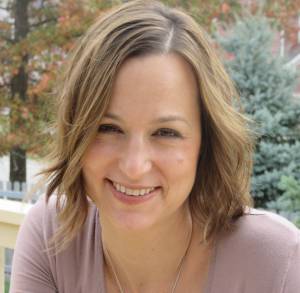 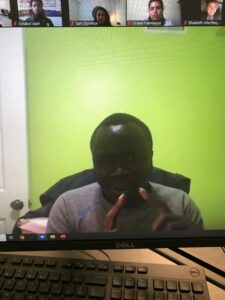 Brian Adeba, Deputy Director of Policy at The Sentry, participates through Zoom

Brian is the Deputy Director of Policy at The Sentry, an organization that investigates corruption and human rights violations in Africa. The Sentry was co-founded by George Clooney (yes, that George Clooney) and an IU alumnus John Prendergast, whose investigative and policy team follows dirty money connected to African war criminals and transnational actors who profit from this money. The goal is to shut those actors who benefit from violence out of the international financial system. By disrupting the profits cycle, The Sentry tries to create more room for peace, human rights, and good governance. The organization relies on the expertise of many professionals, including financial investigators, international human rights lawyers, intelligence officers, and regional experts like Brian.

In his lecture, Brian presented his research on the autonomous role of the national intelligence service in South Sudan and its part in reinforcing the authoritarian political system by countering internal threats to the current regime. He outlined how the South Sudanese government has compromised democratic principles, such as independent legislative oversight and respect for human rights, in return for the political survival of the regime and its leaders. Brian also discussed the changing nature of international financial sanctions and the role of the United States in the global financial system.