About Us PoliSci Blog Featured Environmental Activism Continues at IUPUI

Posted on January 12th, 2021 in Featured, Students/Alumni by Aaron Dusso 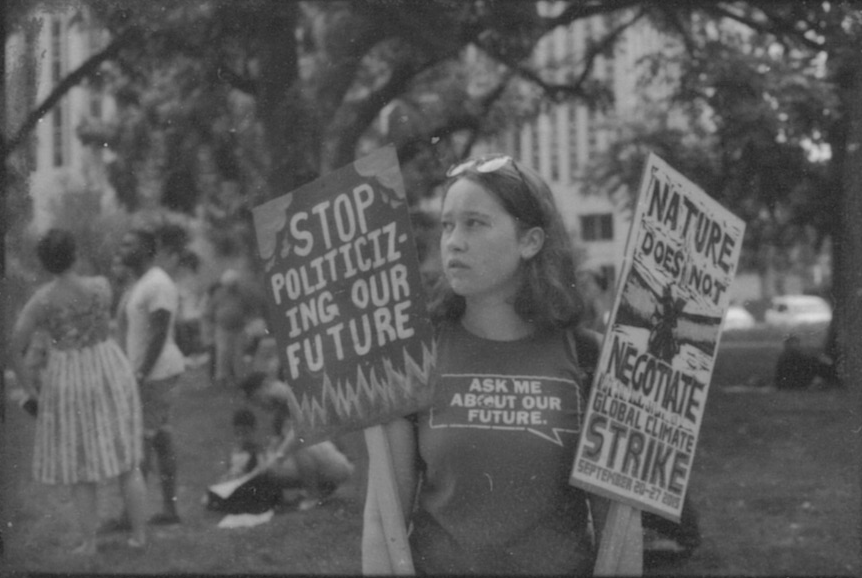 As a child, I would watch out the car window as we passed the Harding Street power station spew out smoke from its huge stacks. The ominous clouds of pollution scared me since I knew that the dangerous smoke was being put into the same air that we all breathe. As a kid you know it’s bad, but you don’t quite understand the specifics until you get much older.

As time passed, I learned this pollution was worse than it appeared, not only was it causing health problems in wildlife and humans, it was also causing climate change around the world. Learning of these things and their terrible repercussions, I wanted to figure out how I could help improve the situation and make a difference. But, effective activism isn’t easy.

Being an environmental activist reveals many things that are exciting and many things that are frustrating. The excitement builds from being involved in a community of other activists and scientists who care as deeply about the environment you do. You meet inspirational people, such as those who plan to power an entire city with just solar panels, and meet the thousands of young students protesting on the streets demanding environmental action. We also see exciting new technologies such as those that can suck CO2 out of the atmosphere and new high power wind turbines. It is incredible. But after looking past the excitement, we are still faced with climate change right on our doorstep and still have an endless supply of frustrating roadblocks.

Although the research investigating climate change is conclusive, we are still left with doubtful politicians and a general lack of interest. As concerned citizens, we are looking to politicians to find suitable solutions to fix the problem. However, denial, self-interest, and polarization have scuttled leadership, hindered agreements, and obscured solutions. I worry that our window of opportunity is closing and the world we know will be lost to paperback memories.

Eager to work on a project that would make my community become more environmentally sustainable, I joined up with another activist from Carmel High School. She was trying to pass an environmental sustainability policy in the Carmel City government. Along with her, my sister, and some other friends, we worked with the city councilors to find and write a feasible policy that would be effective and yet pass approval. Trying to show the importance of the issue, we also reached out to other schools around the city, ran a petition, talked to scientists at different universities, and even talked to the Mayor about our project. After two years of working on the project, we were finally able to get it passed with a unanimous vote in 2017.

My first environmental project has opened up other opportunities such as attending state-wide climate summits and participating in many climate policy discussions. From these events, I have realized that environmental concerns and actions are very inconsistent around the state. I feel that the state will have trouble moving forward on addressing climate change until we can understand these differences. As a result, I am currently working on an independent research project to understand what environmentalism looks like across the state of Indiana. I will be talking to different environmental organizations and city councilors from around the state to try and understand what roadblocks they are facing and preventing them from progressing toward their goals. Hopefully, the results of this research will give those seeking to improve our environmental sustainability a better understanding of how environmentalism stands in Indiana, and hopefully delineates possible solutions to resolving these roadblocks.