Posted on April 19th, 2021 in Faculty, Teaching by Aaron Dusso 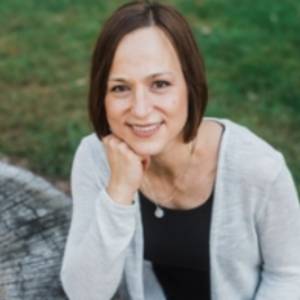 Gary Foxcroft is one of the leading human rights advocates who has brought much deserved awareness to the issue of false witchcraft accusations as a human rights violation around the world. His efforts on behalf of children who have been falsely accused of witchcraft have led him to become a widely consulted expert on this subject, including by UN agencies. Gary’s work in this area began while he was working on his master’s thesis in Nigeria. When he witnessed the consequences of false witchcraft accusations during his time in the Akwa Ibom State, Nigeria, he began to work with local activists to find ways to help the children and families who were victims of such false accusations. His efforts became the subject of a documentary “Saving Africa’s Witch Children” directed by Mags Gavan and Joost van der Valk. The documentary was part of Channel 4’s (in Britain) Dispatches series and won numerous awards, including a British Academy of Film and Television Arts Award, and an International Emmy for Best Current Affairs documentary. 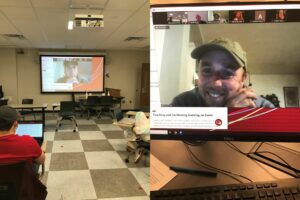 Dr. Demirel-Pegg’s Human Rights class (POLS Y371) has used the hybrid method of class delivery with half the class in-person (left-side) and half attending via Zoom (right-side).

During the class session, Gary first updated students about what happened after the documentary (which students had watched earlier) and what the biggest challenges he faced while working to save the children from the dire consequences of such false witchcraft accusations in Akwa Ibom State, Nigeria. He then discussed his experiences working with the United Nations at a global scale, and how it was different from his grass-roots work. His main recommendation to students who want to make a positive change was to remember that each one of us has the power to get involved. He also suggested that social entrepreneurship is both a viable and an important career path for students who want to work in the human rights field.