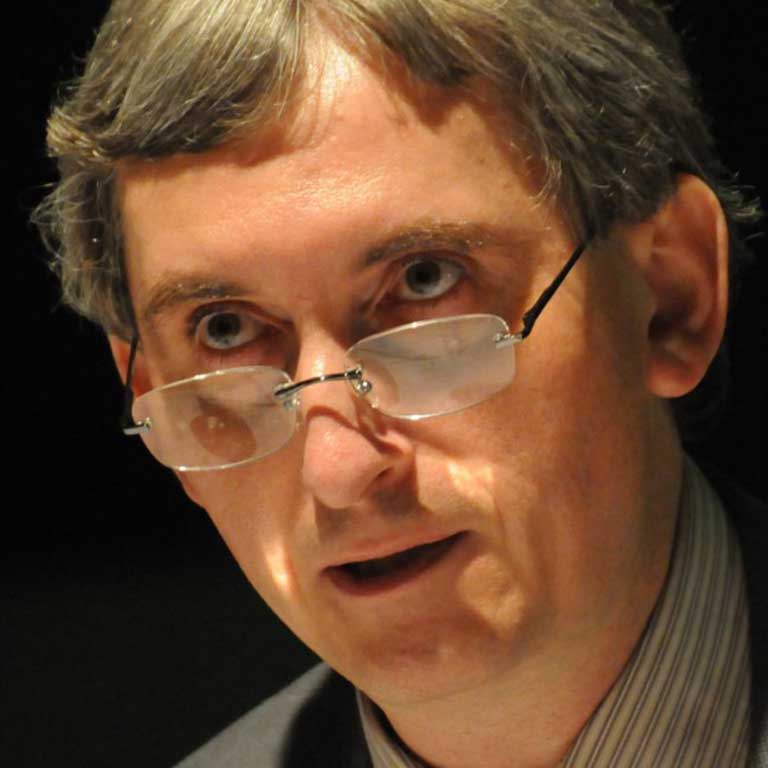 Professor of Philosophy
Director of the Peirce Edition Project
General Editor of Writings of Charles S.Peirce: A Chronological Edition
Associate Faculty of the Ph.D. Program in Semiology of the Université du Québec à Montréal

André De Tienne came to the Peirce Edition Project at IUPUI in 1985 as a doctoral student and a visiting research associate, and volunteered much of his time to the edition for eight years. He was then hired as an Assistant Editor in 1993 and entered the tenure-track in the Philosophy Department in 1997. He grew through the ranks and became Director of the Peirce Project in 2008, and Professor of Philosophy in 2009.

Various service responsibilities for the Charles S. Peirce Society (President 2016), the Charles Peirce Foundation, the Executive Committee of the International Association for Semiotic Studies, and the Semiotic Society of America (President 2013). Editor-in-Chief, The American Journal of Semiotics.