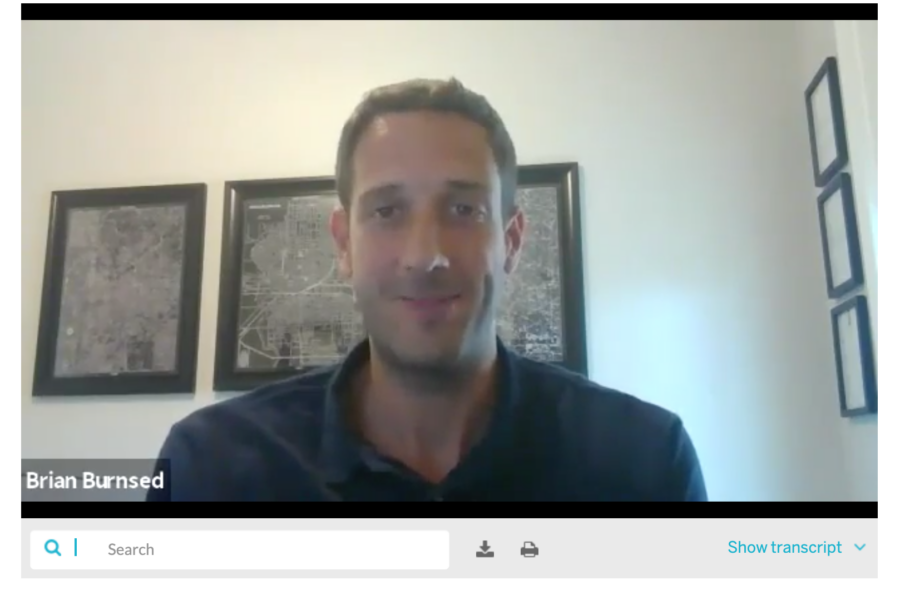 The Department of Journalism and Public Relations recorded the second installment of the Jim Brown Interview Series today, with Zach Powell, a current Master’s of Arts in Sports Journalism student, interviewing Brian Burnsed, a contributing writer for Sports Illustrated and a 2012 Master’s in Sports Journalism graduate. Burnsed served as a graduate assistant for the program while he was at IUPUI; 10 years later, Powell is now a graduate assistant for the same program.

Malcolm Moran, director of the Sports Capital Journalism Program at IUPUI, introduced the two journalists before the interview.

Powell posed questions about Burnsed’s decision to attend IUPUI, his time in grad school, his career path, and his writing. To conclude the session, Powell asked Burnsed’s advice for young journalists.

“Make the extra two calls or five calls, spend the extra Sunday in the office to polish the kicker that’s not quite right,” Burnsed said. “I treated everything I did in grad school like I was writing for SI [Sports Illustrated].”

The Jim Brown Interview Series is named in honor and appreciation of James W. Brown, who served as executive associate dean of journalism at IUPUI for 28 years. Each month of the school year, a student in the department will interview an alumnus via Zoom. The goal of the series is to help current students connect with and learn from alumni, and to give the interviewer an additional highlight to their resume or reel.

Want to be an interviewer or interviewee for this series? Contact Emily Turnier, director of outreach and career services.