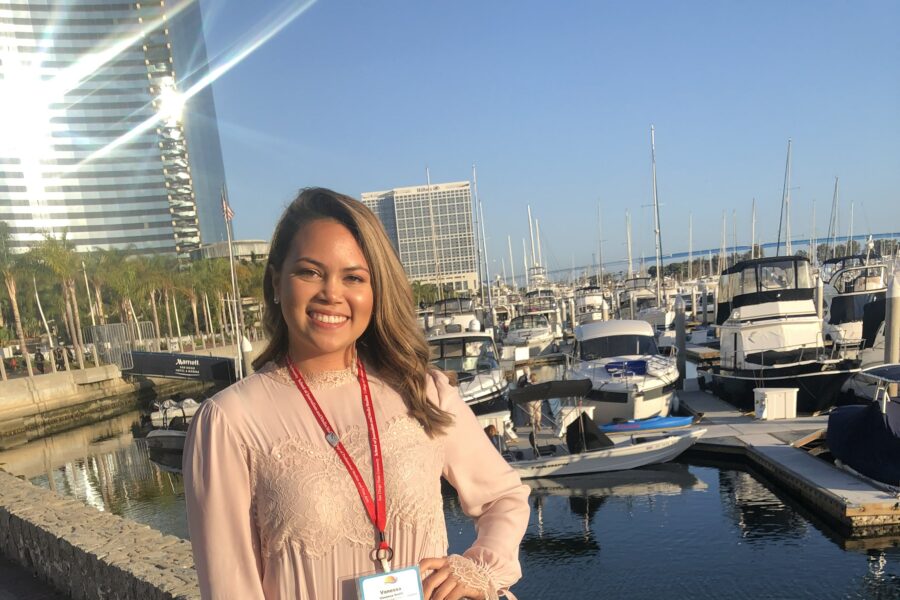 Senior Vanessa Smith has been an active member of the IUPUI chapter of the Public Relations Student Society of America during her college career. In the latest round of elections, Smith was voted president of the organization.

“I’ve been involved in PRSSA at IUPUI since my freshman year and finishing off my senior year as president just feels right,” Smith said. “I feel that I’m where I belong.”

Smith has big plans for the organization. She wants to re-brand the chapter on the IUPUI campus. She is hopeful that the chapter will grow in members and that it will feel more like a family than a student organization. She also has dreams of being recognized nationally and receiving “star chapter” status. To do this is no small accomplishment – the organization would have to meet several requirements set forth by PRSSA National.

“I want our members to travel to the PRSSA International Conference held in Nashville in October because it is life-changing,” she said.

Smith also has plans to bid to host a district PRSSA conference in Indianapolis in the spring.