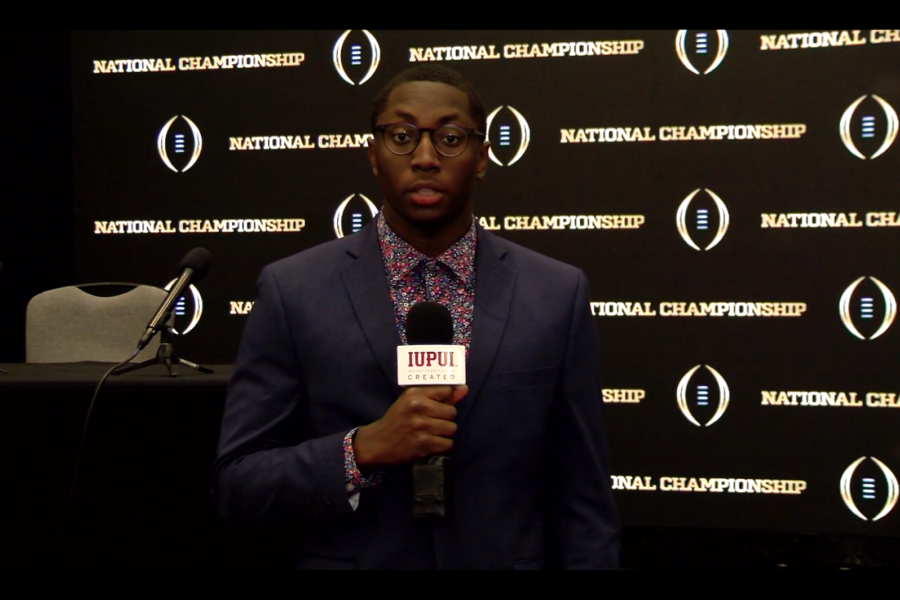 Pairing his first-hand experience in the sports realm as a college basketball player with his educational background, Zachary Powell, M.A. ’22, recently landed a sports editor job at The Express, a newspaper in Lock Haven, Penn.

Powell began his college career at Wilson College in Chambersburg, Penn., and pursued further education at IUPUI, graduating with a Master’s in Sports Journalism in August.

Powell found out about the job opening through searching on Google and LinkedIn. He then emailed a sports editor at a corresponding publication and started the application process. His interest in the job stemmed from the blending of his two specialties: Sports and editing.

“As an undergraduate communications student at Wilson, I learned what it was like to structure and format a newspaper all while playing college basketball,” he said. “In graduate school at IUPUI, I expanded [those] skills by learning how to cover events and the meaning of covering local sports.”

Powell visited Lock Haven once before getting the job offer and foresaw himself making a contribution there.

“During the application process, I was told that The Express was looking for a sports editor who would edit and layout the paper and also go out and cover games,” he said. “I felt like that best suited my skillset.”

Powell has worked at The Express for about two months. He manages two sports reporters, covers high school and college sports, and creates the layout for the sports section of the newspaper daily.

“What excites me most about this position is getting to showcase all the skills that I learned in my undergraduate years and in graduate school,” he said. “I look forward to getting to work with reporters and collaborating on sports coverage, structuring the sports section for a local sports audience, and connecting and networking with those in the community to write the best sports articles possible.”

Powell will gain experience reporting, editing, and managing within his role as an editor.

“[This] will be something that I can tell potential employers about down the road that will (hopefully) impress hiring managers in the sports media industry,” he said.