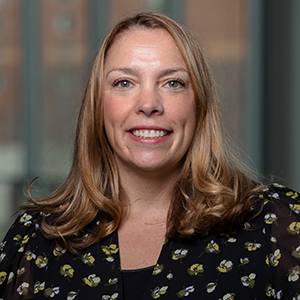 Samantha Walters launched her advising career at IUPUI in August 2006. She joined the Journalism staff in November 2013 as director of advising services. Her prior IUPUI experience includes serving as a senior academic adviser in University College. She advised first and second year students on course planning, goal setting, and academic and career development. She creates partnerships with students to foster independence and empower them to become active in their decision making processes.

Walters has been recognized for her outstanding advising practices within the advising community. The 2009-2010 academic year was monumental for her as she received two prestigious awards: University College Outstanding Advisor and NACADA Outstanding New Advisor.

Walters’ professional affiliations include membership in the Jaguar Academic Advising Association and in the National Academic Advising Association. At the local level, she has served as co-chair of the membership committee. Nationally, Walters has attended and presented at conferences providing her the opportunity to keep her advising practices current and to interact with colleagues nationally and abroad.