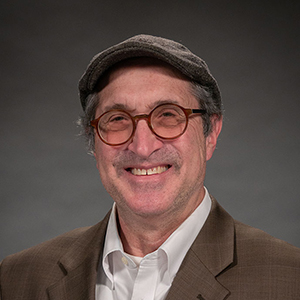 Chris Lamb is chair of the Journalism and Public Relations department. He’s an author, historian, lecturer, satirist, and columnist. Lamb is the author of 11 books, including two that were published in 2020 (The Art of the Political Putdown: The Greatest Comebacks, Ripostes, and Retorts in History (Chronicle Books) and Sports Journalism: A History of Glory, Fame, and Technology (University of Nebraska Press). He’s written extensively on sports, race, and media. Before becoming a college professor, he worked for newspapers and magazines. Since becoming a professor, he’s written about 250 articles and columns for such publications as the New York Times, Wall Street Journal, Washington Post, Sports Illustrated, Los Angeles Times, ESPN.com, and Christian Science Monitor.

I serve as a book or journal reviewer for the following publications: Journalism History, American Journalism, New York Journal of Books, Choice: Current Reviews for Academic Libraries, and Nine: A Journal of Baseball History and Culture.

Sports, media, race, and culture; the meaning and importance of editorial cartooning, satire and humor; the role of the mass/news media on society.